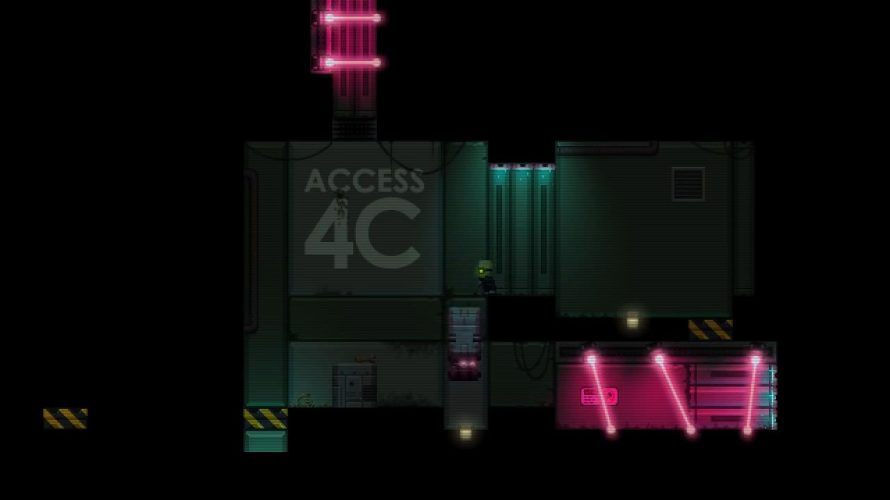 The free smash hit Stealth Bastard has often been described as a cross between Metal Gear Solid and Super Meat Boy, but that’s certainly not a bad thing since those are two really great games. However, this is not about them – it’s about Stealth Bastard Deluxe! If you’ve played any stealth game in the past, chances are there has been at least one point where you thought “why is this so slow-paced?”.

Well, Stealth Bastard certainly solves that problem with a far more action oriented approach to the whole stealth thing, along with tricky platforming and an old-school ‘get seen and you’re as good as dead’ difficulty, all wrapped inside a nifty free 2D game. Avoiding cameras, solving minor switch related puzzles and dealing with lethal laser beams while bouncing from platform to platform all make up the core of Stealth Bastard, but that game came out a year ago this November, and to celebrate its anniversary, the developer are planning on releasing the deluxe version on Steam during that very month! 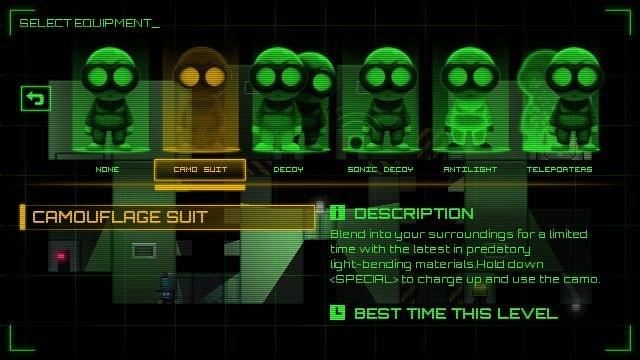 While there aren’t many details available at this point, the above screenshot does reveal a few of the new gadgets, that include decoys, a camo suit and even teleporters! Hyped yet? I sure am, and since the original did so well in its first week, expectations are bound to be high for the deluxe release. While you wait for November to come around, why not play the original version? And after you’ve finished it, if Stealth Bastard Deluxe is still not out, I’d recommend the community levels, or you could always make your own and share it with the world! Oh and let’s not forget about the global leaderboards that reveal just who the stealthiest bastard is.

Stealth Bastard is available as a free download from http://www.stealthbastard.com, and the developer can be found here, as well as on Twitter (@curvestudios).

Stealth Bastard - Launch Trailer
Facebook Twitter LinkedIn Pinterest Tumblr WhatsApp Telegram E-mail
Previous article Time to Get Creative: 'Legend of Grimrock' Dungeon Editor Is Out
Next article 'Machinarium' Is Finally Available On PSN In the US