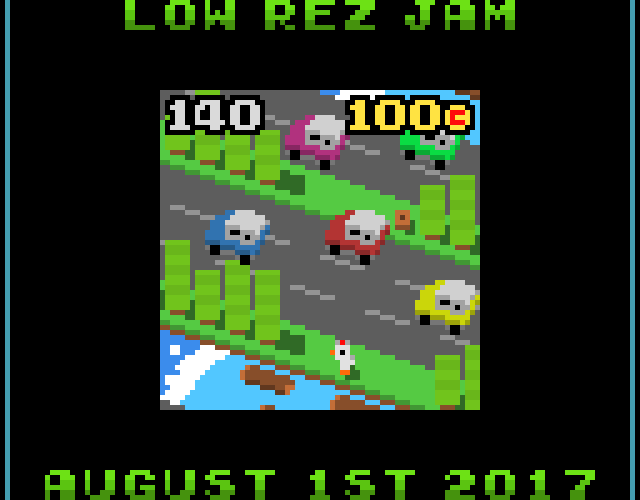 If you need another reason, well… pixel art is a lovely thing, even if some may prefer slightly higher resolutions for said eye candy. Not for this one, however. Here it’s either 64×64 or nothing. I mean, you can upscale the display to fit a larger window, so long as the core resolution remains unchanged. That’s really the only restriction. Nothing about audio, engine, theme, 2D, 3D, 4D or even 5D (is that a thing yet?).

Now, to get started, here are the important dates: the jam/competition takes place between August 1st and 17th, after which voting will commence on the 18th, ending on the 24th. As for whether #LOWREZJAM 2017 will be followed by a #LOWREZJAM 2018 next year, well, time will tell. It did change hosts from 2016 to 2017 after all, from Devi Ever to Jack Oatley, so who knows? Maybe Jack will continue the proud tradition, maybe someone else will, and maybe no one will. But for now… let’s focus on what will hopefully turn out to be a great event – so here’s to #LOWREZJAM 2017!