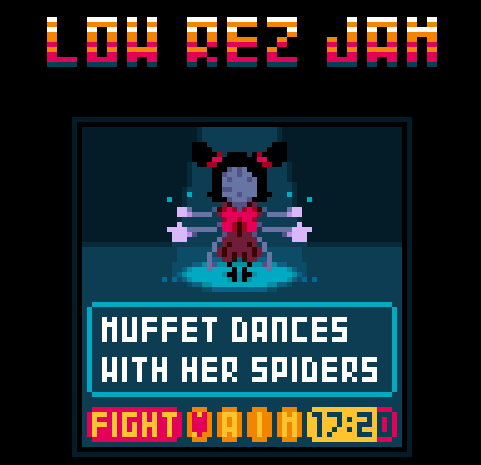 These days, everything’s HD this, 4K that, and 8K is not too far away, I’m sure. But once upon a time, resolutions were lower, pixels more apparent. It was a glorious time if you ask me. A time which aspiring game developers will be able to revisit, should they so desire, as part of the upcoming second #LOWREZJAM. Scale it down and bring forth the pixel art!

That said, while most visuals claiming to truly embrace the art of pixels (pixel art, as it were), #LOWREZJAM 2016 will be taking it a step further, limiting the resolution to… 64×64! For those not familiar with ancient video games, way back in the day, games went as low as 320×240 – perhaps even further. Today, on the other hand, we’re seeing releases supporting upwards of 4096×2060. Insanity. Complete insanity.

Just think back to the days of cheap dot matrix displays, Tamagotchi, watches with digital displays. Imagine you are creating for an alternate dimension game system that existed between Tiger Handhelds and the first generation Nintendo Gameboy.

Now, as I’m sure you’re more than a little eager to get started, here are the important dates: the jam/competition takes place between April 1st and 17th, after which voting begins on the 18th and ends on the 24th. Just remember, 64-by-64 pixels. Aside from that, go nuts; 2D, 3D or even 4D, stereo or surround sound – doesn’t matter. The resolution does, however, and on that note, here’s to playing some interesting games once #LOWREZJAM 2016 has run its course. Oh and to a #LOWREZJAM 2017. Time will tell.