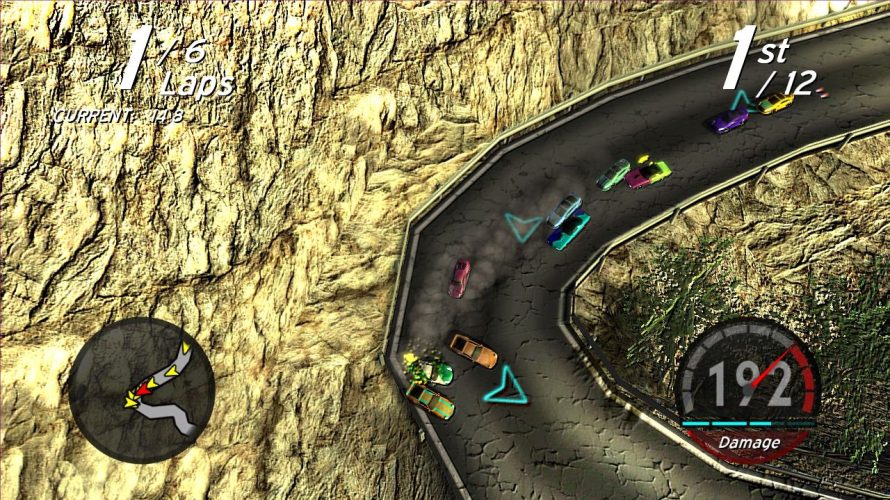 Originally released on XBLIG in January 2012 on XBLIG, Little Racers STREET is the follow-up to 2009’s Little Racers (also a XBLIG game), and according to Milkstone Studios, their goal with it is to breathe new life into top-down racing.

While the standard isometric top-down view shown in screenshot above is one of the game’s selling points, there are alternatives such as the chase cam for those who prefer being close to the action and like any proper racing game, the main attraction here is the career mode. In it, you have to start from scratch and work your way up the ranks, earning credits by competing in races and finishing challenges along the way. These can be spent on upgrading your ride or even purchasing a new one, should you decide the time has come to trade last year’s model in for a brand new set of wheels.

Keep in mind that the overall performance of your car determines which race class it’s allowed to participate in however, so you better be ready for a greater challenge before you pimp that ride and take it to the next level. That said, there will come a time where you have no choice but to upgrade in order to keep up with the AI on these streets, but thankfully the career mode has a difficulty slider that helps guarantee fun times for both seasoned racers and rookies. Although to make the most credits from each race, you’re gonna have to crank up the difficulty level up, because ‘medium’ only nets you x1.0 while higher increases it and lower decreases it. 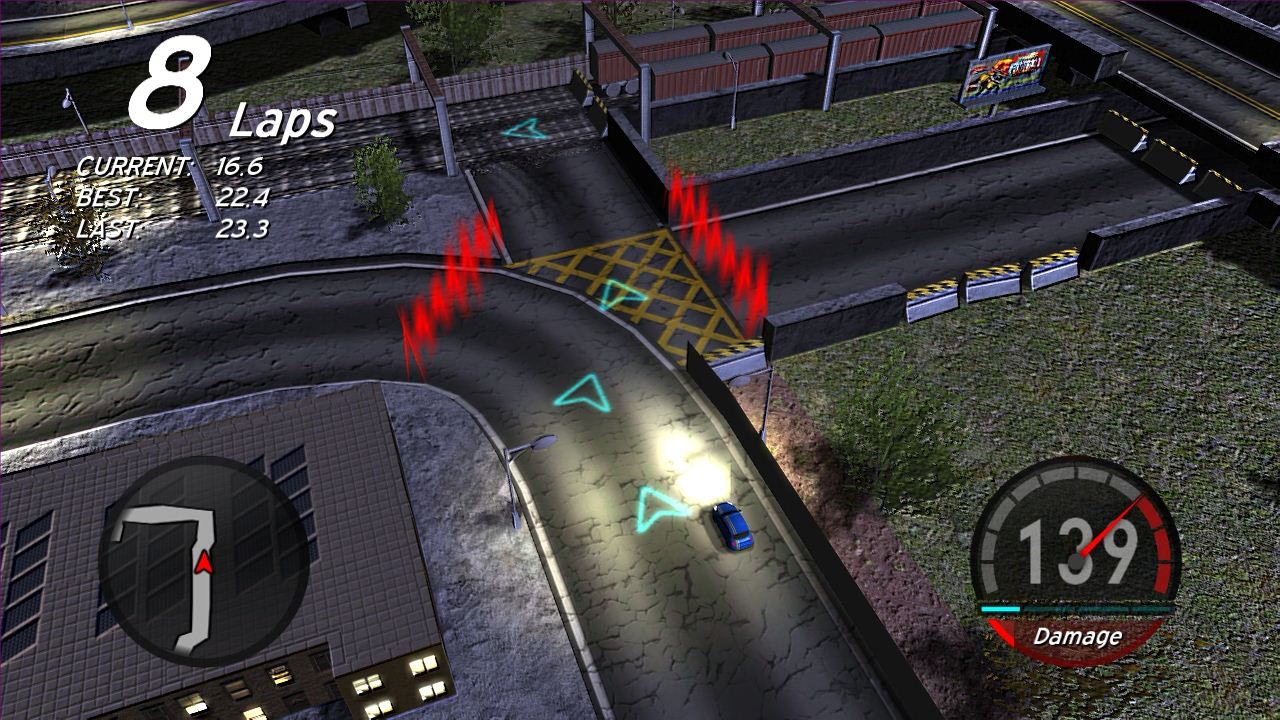 For those times when you just want the roads to yourself, and/or feel like setting some lap records, the time trial mode is the place to go. It’s a bit different from the norm though, as it takes you through lap after lap until you manually end the race, at which point your best time hits the online leaderboards (woo! bragging rights!). Just remember to change your profile name in the main menu, or you’ll show up as something like “Player12094” instead.

If you’re feeling competitive beyond simply setting lap records, Little Racers STREET comes with both online and local (via. LAN, not split-screen) multiplayer. Racing online even ties into your career, because not only do you get to use any car in your garage, but you also earn credits from racing online against up to 11 other people.

There’s also a mode called ‘quick race’, which is exactly what it says: Your car and the race track are automatically decided and within seconds, the race is on! That could potentially be a good way to test more powerful cars before you acquire access to them in career mode, since chances are you won’t be put into a Ford P.O.S.. If you want to show the world your skills, this mode is not where you’ll want to be, as it lacks leaderboard integration (unlike time trial).

With 30 different cars, an adjustable challenge level, unique track conditions that include night racing along with snow and rain, a handful of modes to burn rubber in and a lot of different tracks on which you can do exactly that, Little Racers STREET is one content packed racing game.

Feel like doing some street racing? The PC version can be purchased from Desura ($3.99/€2.99), though the only place where the demo can be found is here (why not on Desura?). XBLIG? That’s over here ($1/80MSP) and hey, show the game some support on Greenlight, would ya?

Update: The demo is now on Desura too.