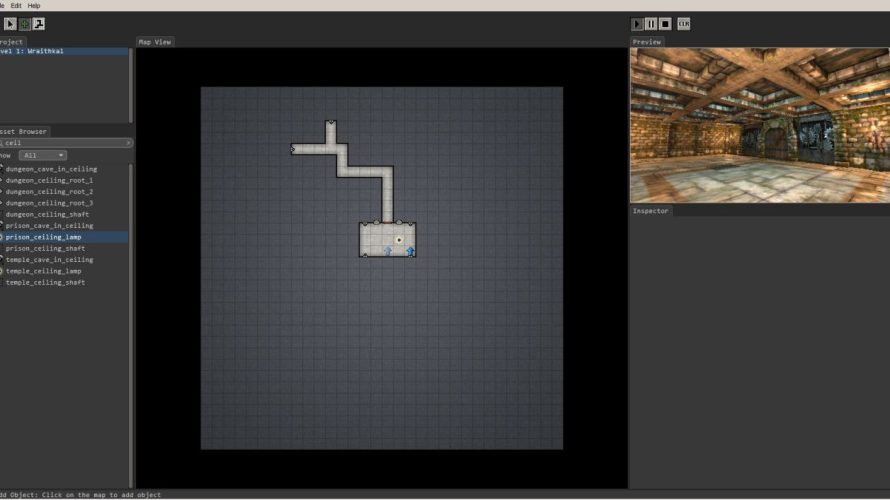 Following the Steam-exclusive beta test last month, Legend of Grimrock‘s dungeon editor is now available to everyone, but this update brings more than just the editor, as several bugs in the main game have been squashed too, and.. wait, did I mention that the dungeon editor is finally out?

With Grimrock being a tile-based game and all, creating your own dungeons (or entire adventures, once you get the hang of it) is far from a daunting task, compared to say.. making a level in a first person shooter (believe me, I’ve been there). Tile by tile, areas big and small can be ‘painted’ in no time, after which they can be populated with all sorts of props, from dirt to enemies (uh-oh), deadly traps, puzzles, torches and in theory, teleporters that take you to another dimension entirely.

Alright so that last bit might not be possible, but a very advanced scripting system sets the bar quite high for what can be accomplished, should you choose to unleash your inner dungeon master. While I haven’t created anything fancy yet (hint: above screenshot), a lot of people have already put their creations up on Steam Workshop and Grimrock Nexus. If you come across an interesting looking creation (even more so if it’s your own), I’d greatly appreciate a note about it in the comments section.

Even though creating your first dungeons is easier than assembling furniture from IKEA, the official website does have an extensive guide to help you get started, along with the official forums, and there are even a few video tutorials on YouTube, courtesy of Komagb (note that the videos are from the beta stage of the editor, so certain things may have changed).

If you don’t already have Legend of Grimrock, now’s as good a time as any to pick it up, and it’s 50% off directly from the developer (and GOG) until October 8. But keep in mind that while both gets you a DRM-free version, buying it up from GOG doesn’t get you a Steam key, should you be interested in one such.