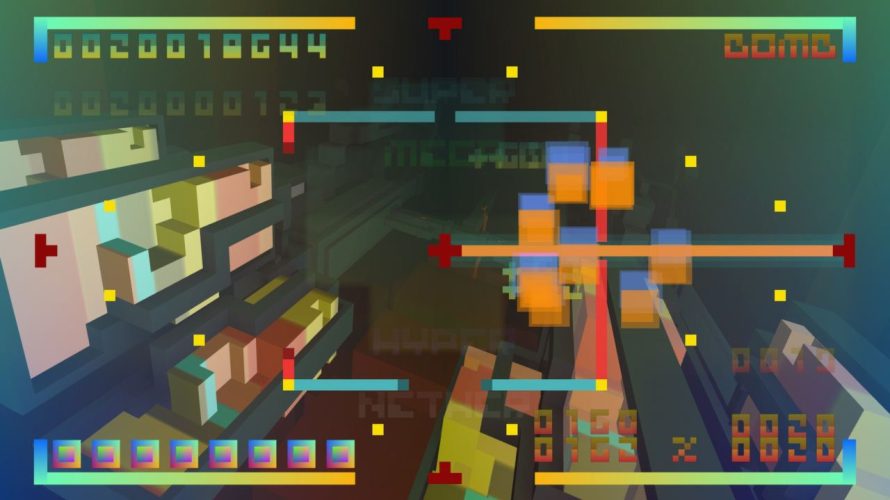 BIT.TRIP.CORE is the third game in the popular WiiWare series to be released on Valve’s digital platform. Following in the footsteps of 2010’s BIT.TRIP BEAT and 2011’s BIT.TRIP RUNNER, this time CommanderVideo’s journey takes him into unfamiliar territory in a rhythm-based adventure that plays like a blast from the past, complete with NES-style controls and a chiptune-inspired soundtrack.

It may be the third BIT.TRIP game to hit Steam, but it’s actually the second title in the series, with the first one being BIT.TRIP BEAT, and while there are similarities between the two, this sequel is still different enough to stand on its own just fine. Where BEAT had you man a paddle, in classic Pong-style, CORE instead puts you in control of a plus-shaped character in the middle of the screen, and tasks you with firing a beam of light in one of four directions to hit the dot-shaped beats and get a chain going, which reminds me a bit of how BEAT played.

Oh, joy. As if BEAT wasn’t difficult enough, this one is even going to melt minds! But that new “easy mode” means that players of all skill levels should be able to enjoy CORE without feeling completely overwhelmed. I do still hope that the difficulty will reach at least somewhat crazy heights sooner or later on easy though, because where’s the fun otherwise?

Those interested in some old-school four-way beat blasting can pick up BIT.TRIP CORE on Steam ($9.99), while the soundtrack is available on iTunes ($9.90) and Amazon ($8.99).