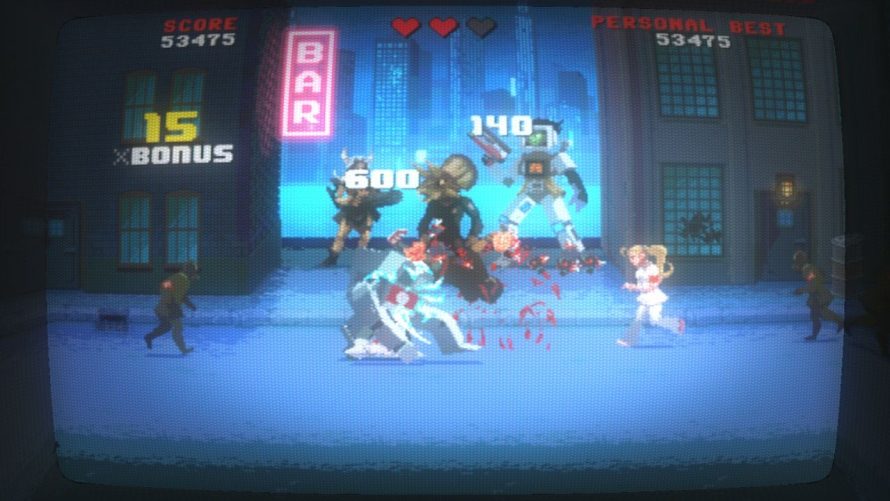 Remember how Hitler utilized tanks, firearms, politics and so on to wage war back in the day? Well, imagine if instead, he was this super powerful, still genuinely evil, martial artist. Still with me? Good, because in Kung Fury: Street Rage, a rather simplistic brawler, you – Kung Fury – have been sent back in time to thwart his evil kung fu schemes. Time to kick some nazi ass, 1980s arcade style (wait, what?).

It’s amazing how far a flurry of punches and kicks, along with a gunshot or two for good measure, will get ya, in this alternate timeline. Seemingly the solution to every conflict involves one or the other, after all. Weird, huh? Anyway, pressing left or right on your keyboard, mouse or controller, causes Kung Fury to perform an attack in that direction; and provided you’re close enough to a target, it might even connect, complete with a stereotype old martial arts movie sound effect.

Nothing fancy about it. Just left or right, accordingly, and you’ll potentially smack some nazi right in the face. There are different enemies, however, each with a unique feat of sorts, like blond fellas who take several punches, nurses(?) who’ll dodge your every other move, and even robots, which take quite a beating before blowing up. Man, if only the impact of my fists could blow stuff up, ya know?

Now, if this sounds just a tad familiar, it’s because the gameplay is pretty much straight out of Silver Dollar Games‘ One Finger Death Punch (review), albeit with noticeably less substance and – unless you’re a score chaser – not a lot of staying power either. That said, while Kung Fury: Street Rage does prioritize style over substance, it does have some merit. Just some. 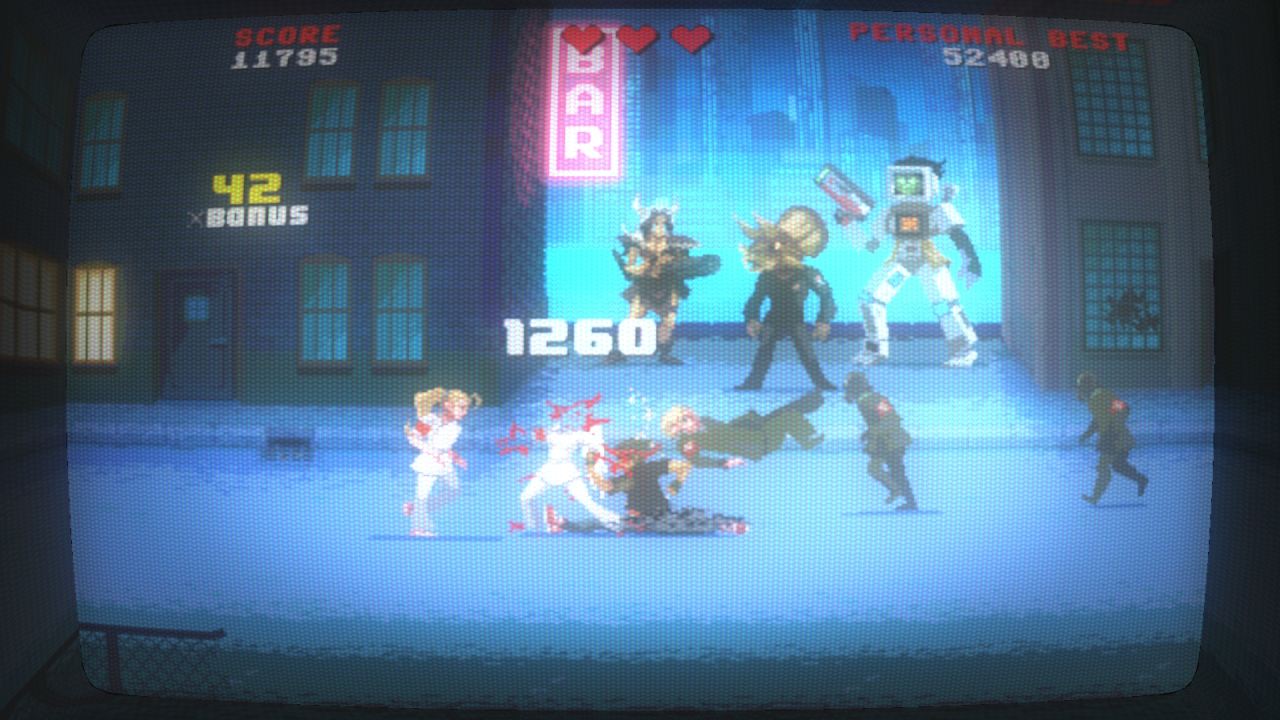 I suspect more than a few will get a kick (no pun intended) out of its blend of scanline-filtered CRT visuals, catchy synth music and simple pick-up-and-play mechanics after all, as they chase that ever-elusive top spot on the high score table (which, just like in ye ole arcade, is local only). Just don’t go into it expecting something deep and engaging, because once you’ve been hit three times, that’s it.

Until you put in another metaphorical quarter anyway, at which point the game begins anew, Kung Fury yet again ready to kick ass and take names.