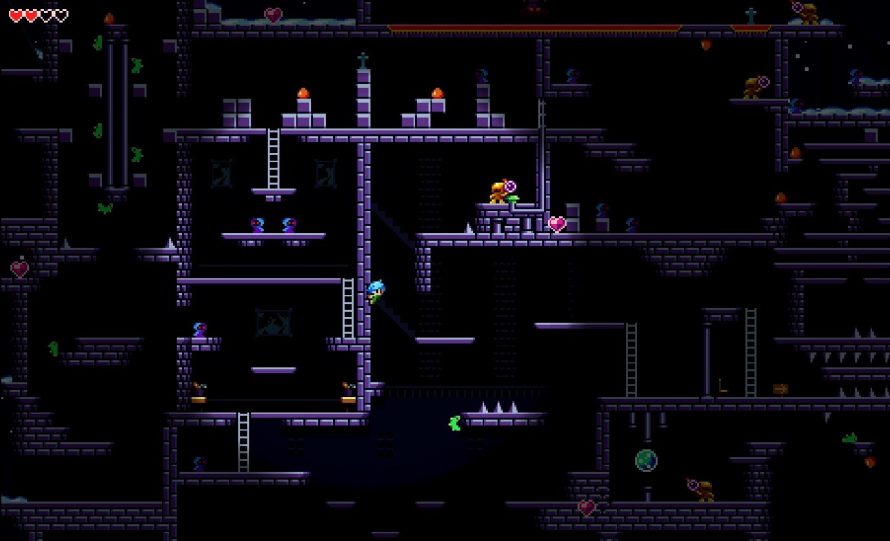 Even way back when, most games would use screen scrolling, panning or otherwise take up several screens. Not so with Kram Keep, as while this platformer does feature a massive playable area… the entire thing actually takes place on a single screen. Oh, and it’s also a lot of fun!

Take on the role of a nameless protagonist, who – for one reason or another – has decided to explore a huge castle full of traps and evildoers. Hardly original, but hey, if it works, right? And in this case, it most certainly does. Controls are precise, the visuals are stylish and to top it off, the whole thing has a bit of Metroidvania to it. See, in order to reach certain places, you’ll often have to go somewhere else first, to either flick a switch, stand on a pressure plate or – my favorite – pick up a new ability.

Explore the castle, shoot enemies, and collect new abilities! How much can I possibly cram into a single screen? You’re about to find out!

The first of these, and the only one I’m going to spoil, let you wall jump; a maneuver that’ll likely take some getting used to, but is required to progress past a certain point. Far as I can tell, the design is pretty linear, however, meaning that while it can feel a bit exploratory at first, there really is only one path. But hey, that’ll also make getting lost nigh impossible, ya know? You’ll likely be too busy killing hostiles and dodging traps to notice anyway. 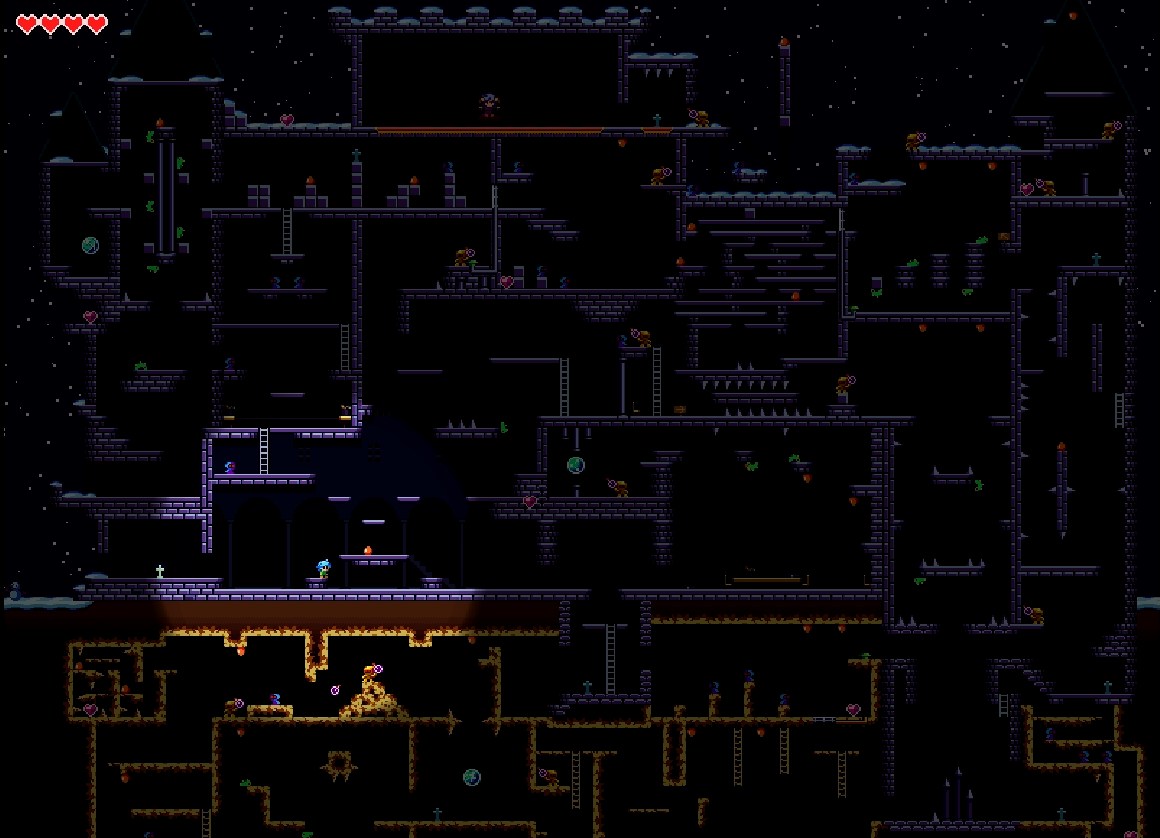 Now, when I said the entire game played out on a single screen, I meant it quite literally (see above screenshot). Too small? Don’t worry, the game has a zoom feature – something that’ll make it significantly more playable for most, I’m sure. It’s also relatively easy, once you get the hang of what’s what, although that’s hardly a negative factor either. Platformers don’t have to be brutal on par with Super Meat Boy or I Wanna Be The Guy to be entertaining, after all.

Originally crafted for Ludum Dare 31, Kram Keep has since received some additional polish, tweaking, and is now ‘complete’, according to its creator. Haven’t played the original, so I have no idea what’s different, and besides, I’m sure you’re more interested in getting to play it anyway. So head over here and take the title for a spin; either in your browser or… download it.