Been a while since I put one of these up, so chances are the Greenlight escapees listed below aren’t exactly ‘recent’, even if they are all ones I found interesting enough to vote for. Also, only the first two are former Greenlight Limbo picks, but… figured I’d include non-limbo’s too, because, variety is the spice of green. Or something. 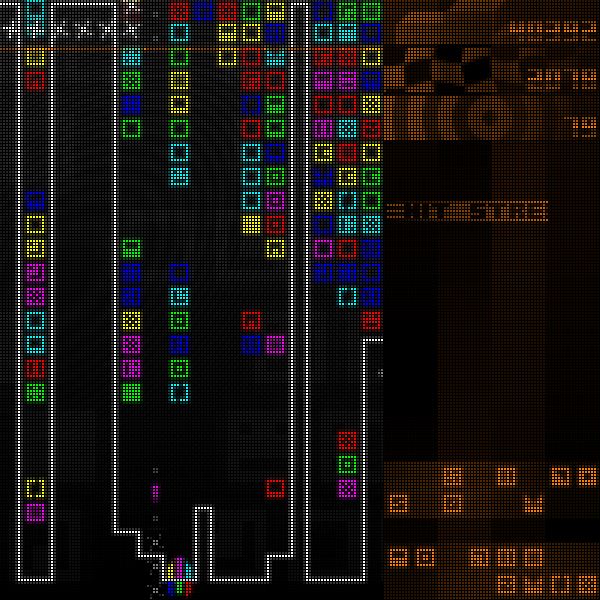 Huenison (@RetroGamerCD) – Greenlight
Inspired by a variety of C64/Amiga and arcade classics including Vital Light, Arkanoid, Space Invaders and Tetris, Huenison is a frantic-paced hybrid of shoot ’em up and colour-matching puzzle game presented in a neo-retro, unique dot-matrix visual style. Piloting a small mobile cannon back and forth across the bottom of a well, you must cycle through your six coloured beams, firing at the descending onslaught of corresponding coloured blocks. Missed shots bring the deadly zapper closer to your cannon, and missed blocks raise the ground they touch.

tricone lab (@joshuabsinger) – Greenlight
The aim is to create units of tricone inside microscopic multicellular organisms. To solve each puzzle, you must interact with the components and structure of the organism. For example, you must often use catalysts to combine basic resource nodes into useful compounds. Or sometimes, break apart compounds to release their resources. You must change the cell structure, sometimes breaking open cell walls, at other times creating new divisions within a cell. Each level can only be solved by figuring out the right sequence of interactions. As you progress, different elements are introduced, creating more difficult logic puzzles and requiring you to think outside the cell. 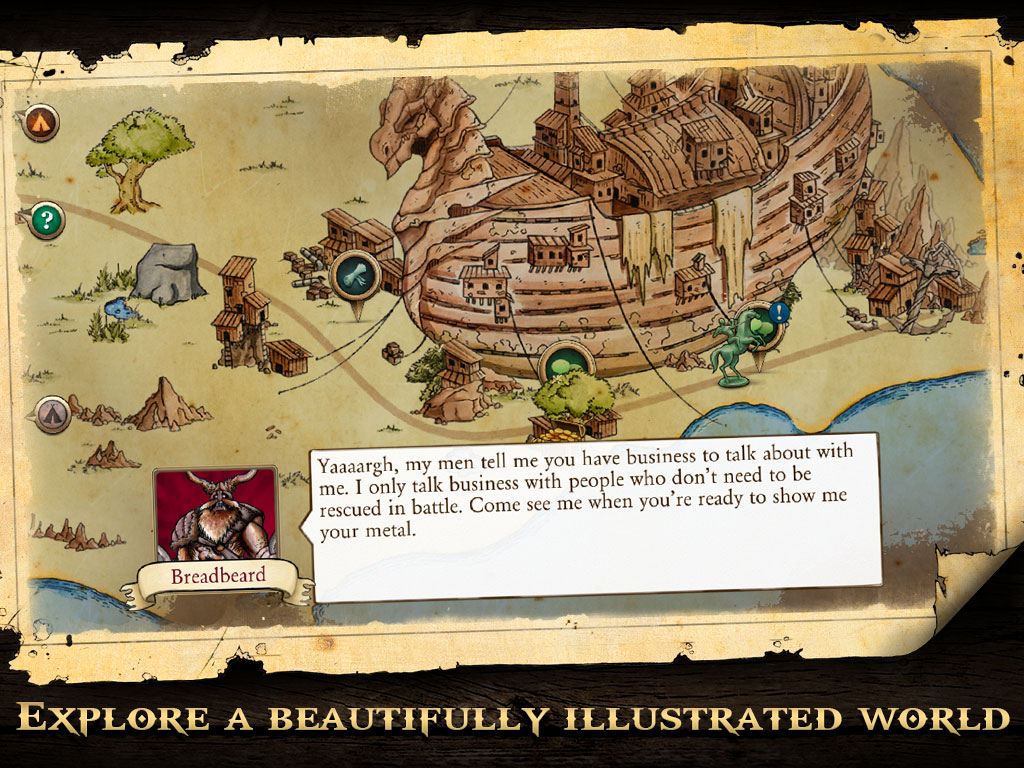 Decromancer (@TheDecromancer) – Greenlight
Decromancer is a tactical battle-card RPG, which injects you into a deep and dangerous world of mystical creatures and villains. Your mission is to help a friendly Diplomat return to her people by battling your way through enemy territory. Build your deck and find the best formation to earn yourself victory in these troubling times. 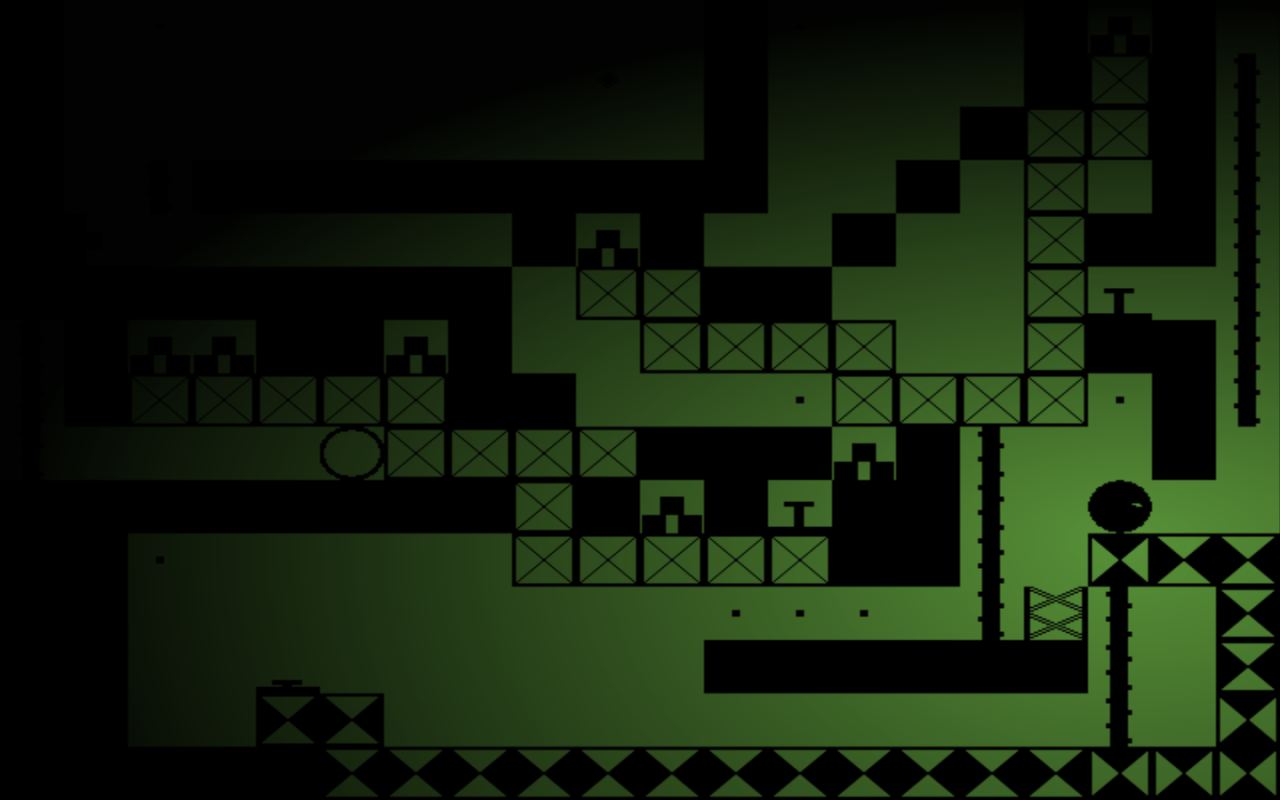 Road To Insanity – Greenlight
Road to insanity is a simple yet complex game that gradually gets more and more difficult as you play, it uses simple intuitive controls and has a grasping effect from the moment you open it, saving your scores and best times automatically. Evolves around the players skill and progresses into a somewhat frustrating scenarios with many problems to solve and much strategy to win. Remember there’s always a way. 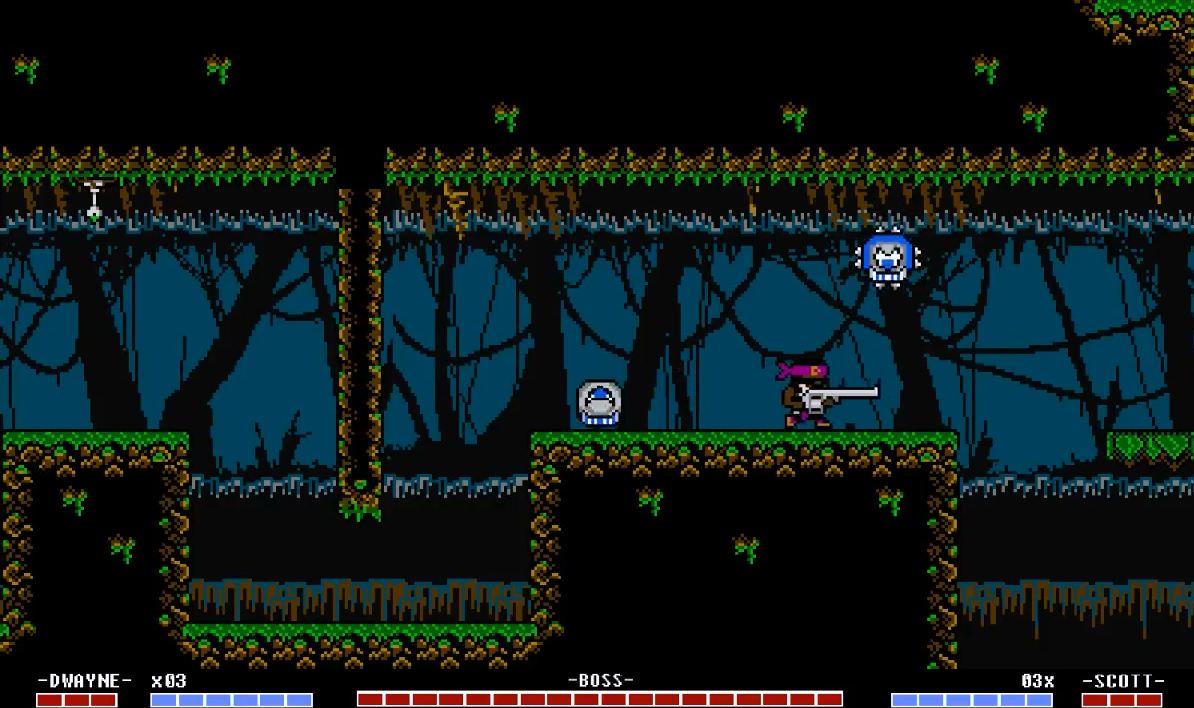 GunWorld (@m07Games) – Greenlight
GunWorld is a love letter to 8-bit action games! It’s a meticulously crafted homage to everything great about classic game design and action heroes of the 1980s! An emphasis on high challenge and non-linear progression means GunWorld is not for the feint of heart. Players will be challenged to complete a series of levels in any order they choose, unlocking new weaponry as they do. With each new piece of equipment additional options present themselves, encouraging experimentation and repeated level runs. 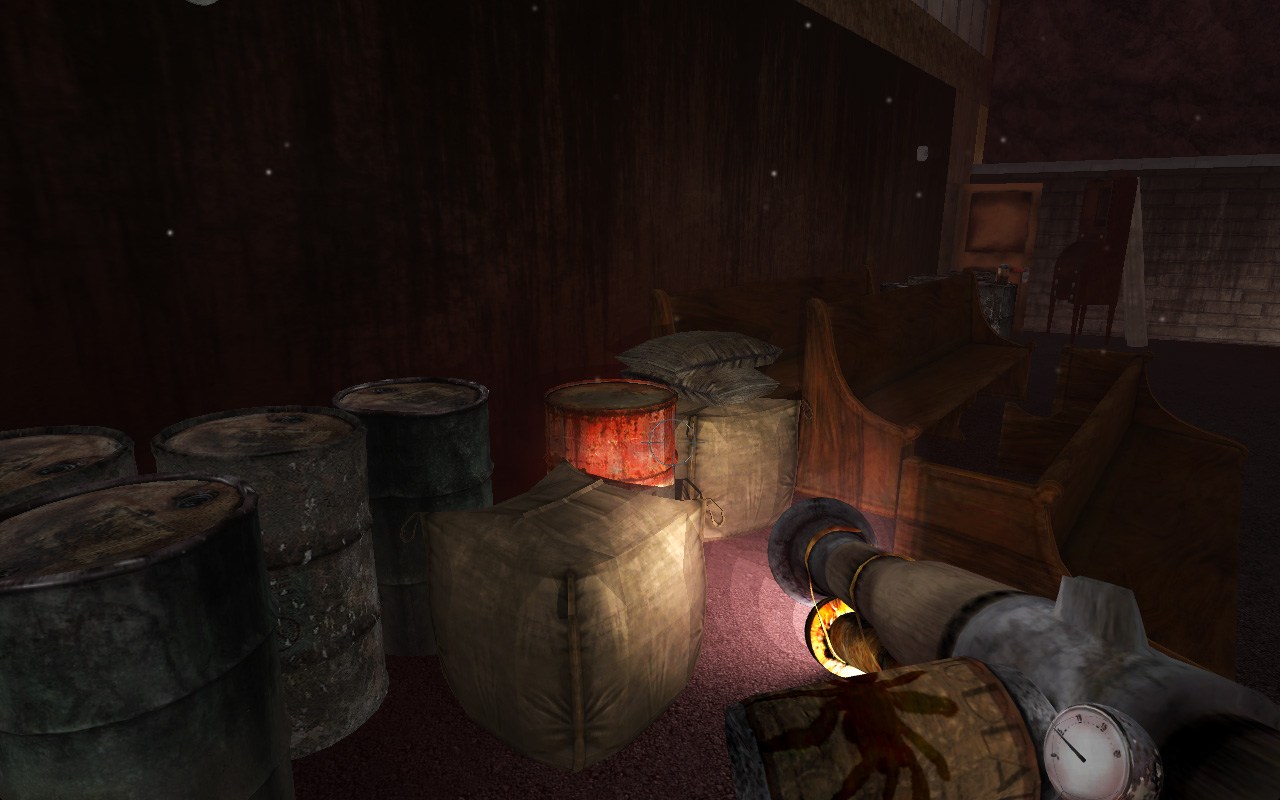 Sylvio (@sylviogame) – Greenlight
Juliette Waters is an audio recordist, specialized in recording the voices of ghosts. In search for a good recording, she has trespassed into an old family park called Saginaw. The park has been closed to the public since a deadly storm in 1971. Unaware to her, there is an old curse dwelling in the forests of Saginaw. The curse was named Sylvio centuries ago by italian settlers. Juliette finds herself trapped in an old restaurant in the park, and strange things start to unfold. Who are the people in the park? Will be she be able to defend herself from Sylvio? And who keeps whispering on Juliette’s recordings? 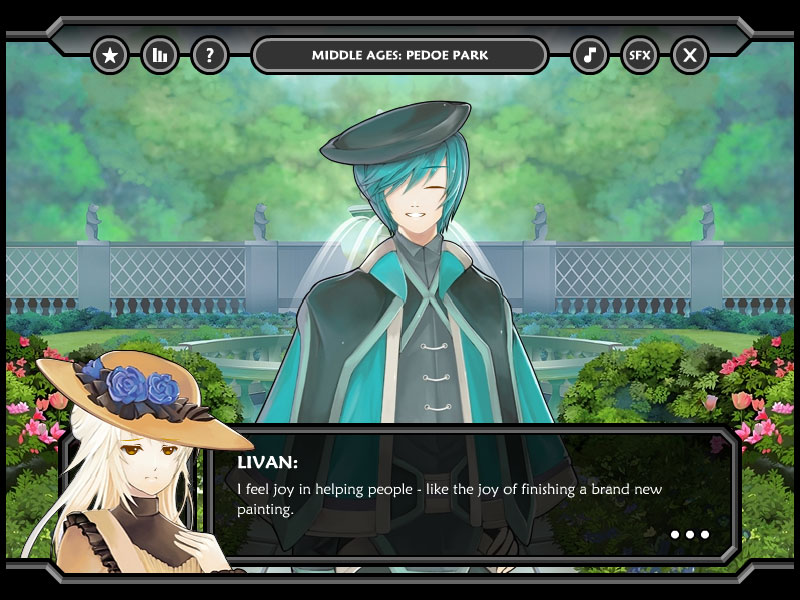 Area-X (@zeivainc) – Greenlight
Area-X is a blend between Visual Novel and Adventure Game. Follow the story of Elcia as she time travels and solve mysteries of her surroundings. The game spans six chapters, of which you can explore multiple dimensions, complete missions and make choices to determine Elcia’s fate. 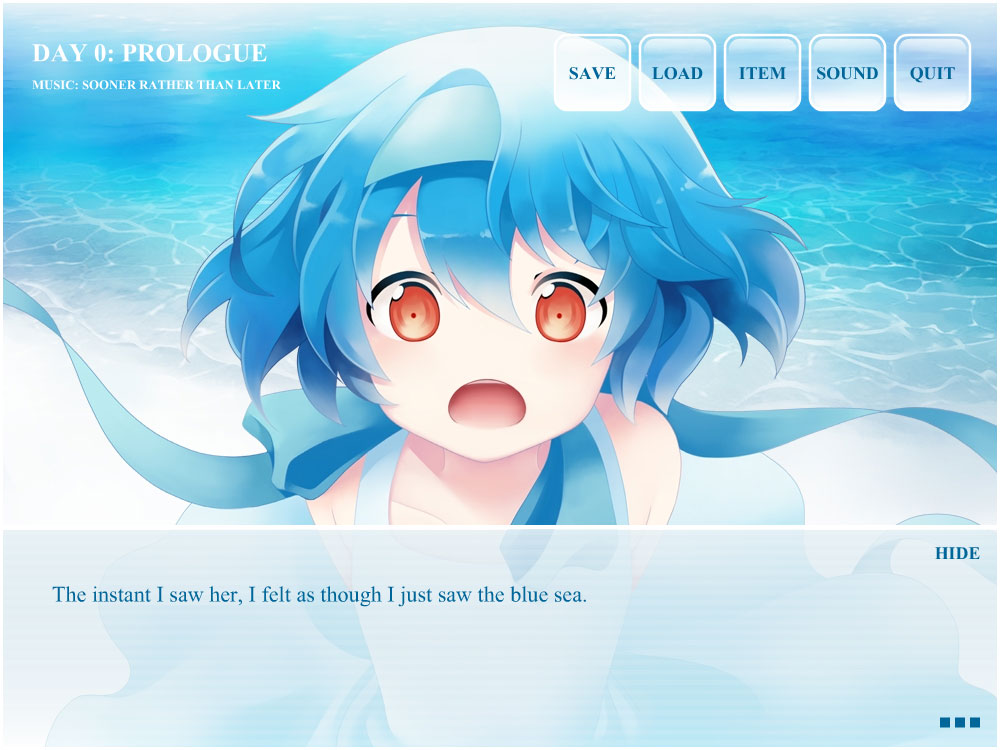 Voices from the Sea (@zeivainc) – Greenlight
Follow the story of a young boy, Cantus as he meets Maris, the mysterious girl by the sea – an experience that will change his life forever. Collect seashells, unlock hidden Wallpapers, Theaters, and Side Stories as you sit back and enjoy this cute relaxing story. The Free Version was funded by Kickstarter. 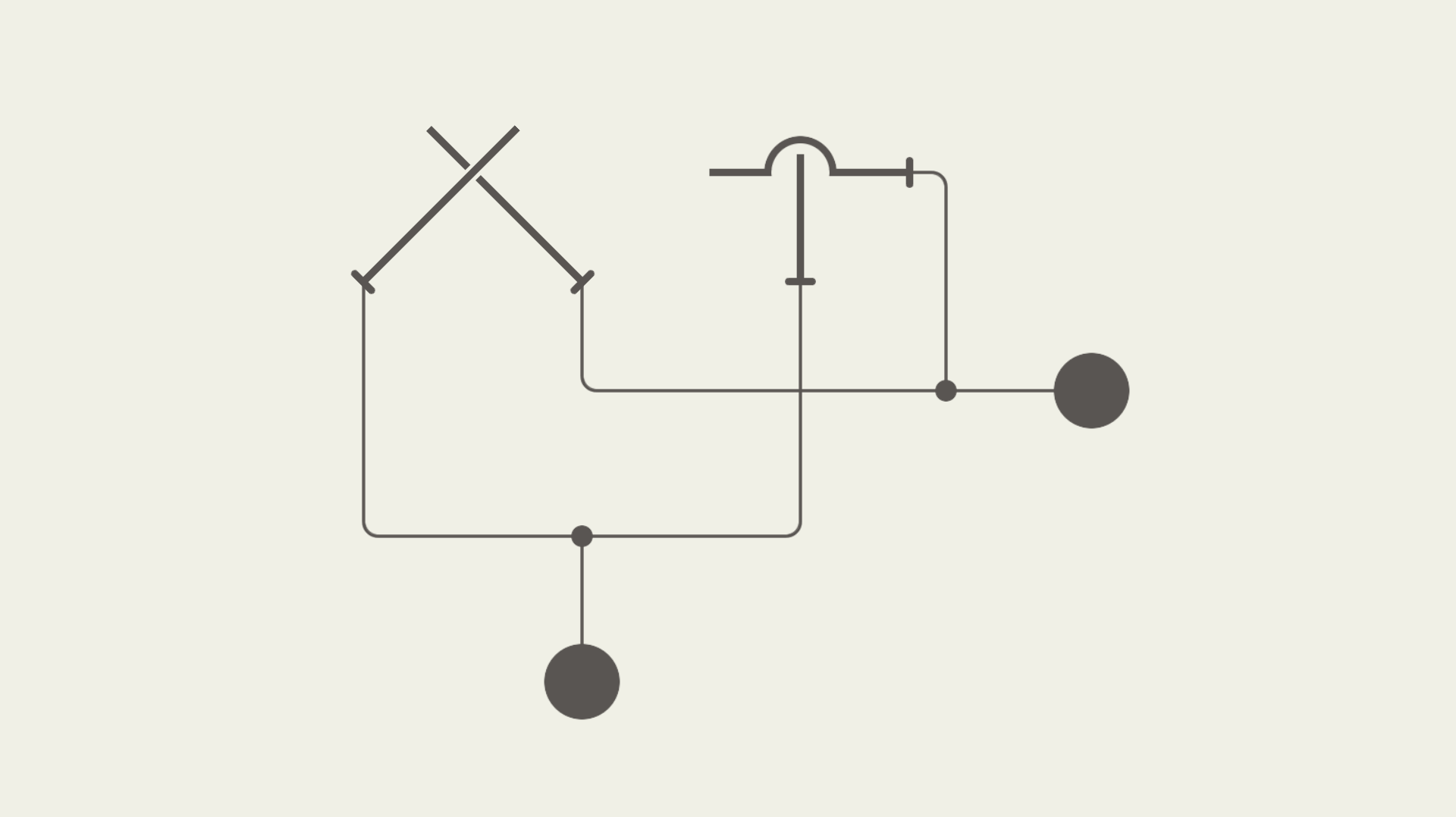 Hook (@targaciej) – Greenlight
HOOK is a minimal puzzle game that I made after getting a lot of positive feedback about a prototype that is published on Kongregate, you can check it here: http://www.kongregate.com/games/targaciej/hook 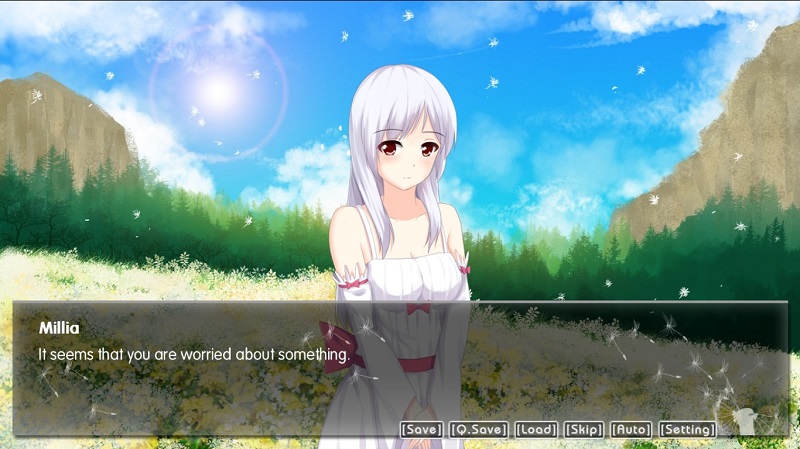 Millia -The ending- – Greenlight
It’s a story about a world that was cursed by its own goddess. Long ago, there exists two goddesses, Millia and Hedria, with the duty to protect their world. But then one day, Hedria was angered by human and wanted to destroy the world with her curse. Goddess Millia had to sacrifice herself to temporary stop the curse then reborn again to continue ritual each 20 years. The never-ending cycle has been going for 200 years until she met Rize, the main character and also her guardian. After befriended Rize, she started to realize the world how beautiful the world is. 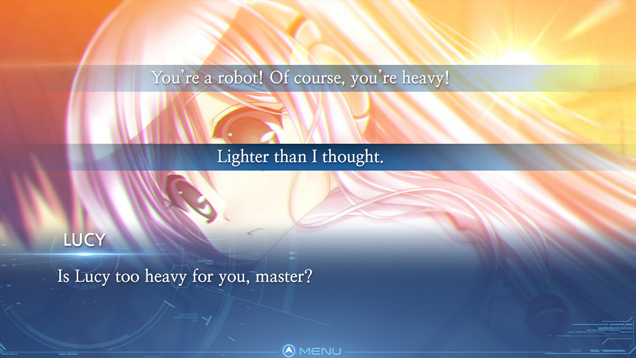 Lucy – The enternity she wished for – (@mvizlab) – Greenlight
‘Lucy – the eternity she wished for -‘ is a Visual Novel, about a boy and an android. You play as the boy, who faces decisions and moral dilemmas in this near-future world. Depending on your choices, the life of this boy will lead in many different directions. The game is a remake which was originally released back in 2010 in Korea, and highly praised for its great story. It has been redone for the international audience, with greatly improved graphics and streamlined storyline. 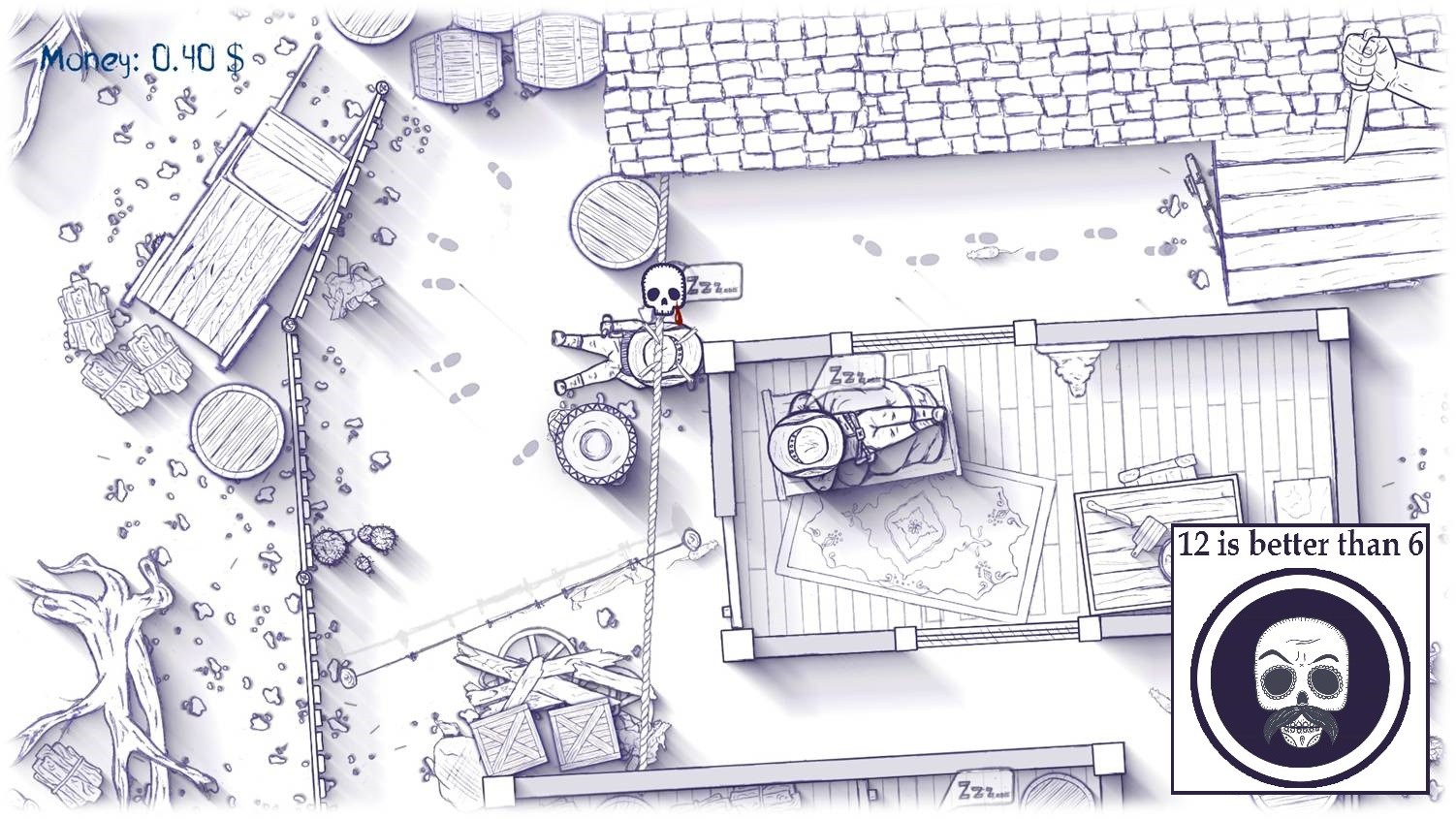 12 is Better Than 6 (@12_better_6) – Greenlight
12 is Better Than 6 – is a dynamic, hardcore Top-Down Shooter with stealth elements, made in a western theme. The action takes place in 1873 – the noon of lawless and cruelty all over the North America. The main hero of the game is Mexican escaped convict who is being chased by thugs.