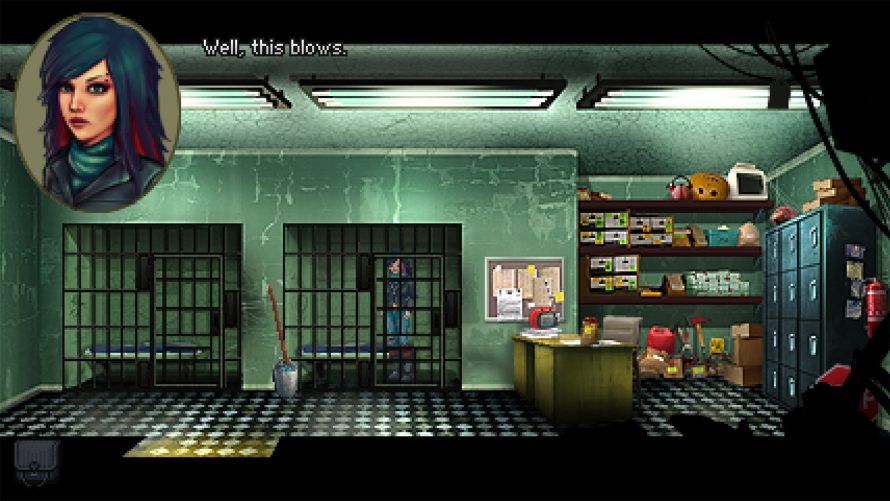 Hope you’re ready to return to the 90’s (again) because Kathy’s story in Kathy Rain is about to get even better with the reveal of a Director’s Cut version. While it has been a long five years since its initial release, Clifftop Games have certainly been busy, based on the amount of new and different content in this upcoming point ‘n click mystery re-release.

So… what can fans, new and old, expect from Kathy Rain: Director’s Cut? Well, for starters, how about controller support that doesn’t simply mean you get to slowly move the cursor with a gamepad? Definitely more than a little curious as to how that’ll turn out, and even those who prefer traditional PC controls (ie. a mouse-based interface) are in for a treat as that’s… changing. To “an intuitive single click interface”. Interesting.

Armed with her motorcycle, a pack of cigs, and a notepad, Kathy delves into a local mystery surrounding her hometown that will take her on a harrowing journey of emotional and personal turmoil.

But let’s face it, those two pale in comparison to other technical improvements, like, say, environments that fill the entire screen – or in other words, no more 4:3 – and additional content sprinkled throughout the game, complete with “a prolonged ending”. Oh, and for those who felt the puzzles were kinda, well, not exactly great: good news, they’re also getting a makeover. Ah, so much good stuff! Yeah. Definitely something to keep an eye on for when it hits digital store shelves later this year.