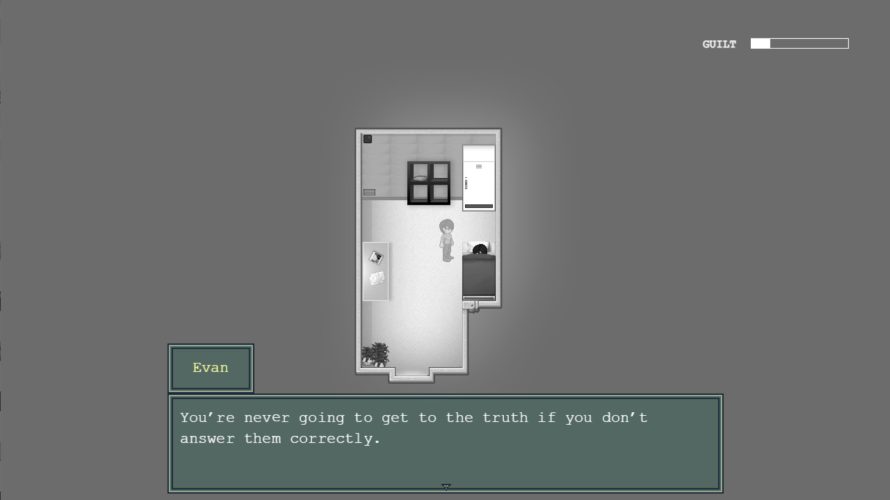 A mind is a terrible thing to waste and in Fragments, the only hope Evan has of avoiding a lifetime behind bars… is to duke it out with his conscience and win. Somehow. Piece together fragmented memories and figure out what really happened, or sweet freedom will soon be but a distant memory in this psychological piece of interactive fiction.

While a terrible crime has been committed, the so-called proof that Evan, Fragment‘s protagonist, is guilty – well that’s still up for discussion. Provided you, the player, can figure out a way for him to reconstruct “some of his most traumatizing memories”. A more than a little daunting task, as the human brain has a habit of sealing negative memories inside a vault and throwing away the metaphorical key as a form of self-defense mechanism. But unless Evan faces his fears and cracks said vault right open, it’s off to the slammer, innocent or not.

Exactly how this story plays out is determined through a multitude of choices, although one thing is certain: no matter how your time with Evan concludes, the path is one filled with unsettling events. Or as the Steam page also notes, ‘player discretion is advised’. But is it all in his head? Is Evan actually a cold-hearted criminal who deserves to spend the rest of his life away from society, locked up in a tiny cell with no windows? Only one way to find out.

Fragments is available on Steam, carrying a $2.99 price tag.