Welcome to 17th-century British Colonial Mars. Sentenced to death in the Tower of London, the only way to -- hopefully -- secure absolution for your, well, crimes… is to solve the mystery of the Lost Colony of Roanoke. How? By gunning down everything in “a rocket-sled equipped with dreadful munitions”, as it turns out. What? Oh, did I forget to mention how Jamestown+ is a shoot ’em up, and the definitive version of an already great game at that?

You won’t be forced to go at it alone either, as up to three friends can join in for some couch co-op fun. Having played the original (Jamestown) for a good bit, believe me, you’re gonna want allies for these battles as stuff blows up across Mars and its two moons, Phobos and Deimos. What, you’re not a super hardcore shoot ’em up fan? Don’t worry -- Jamestown+ comes with enough difficulty options to be accessible even for those who have never played a video game before.

Actually, that last bit might be entirely accurate, but you get the gist; much like how your enemies will be getting the bullets. And turn into gold. Delicious gold, which charges that ever-important Vaunt meter. Why go crazy trying to dodge incoming fire when you can just activate a shield by draining said meter and focus entirely on the offensive instead? 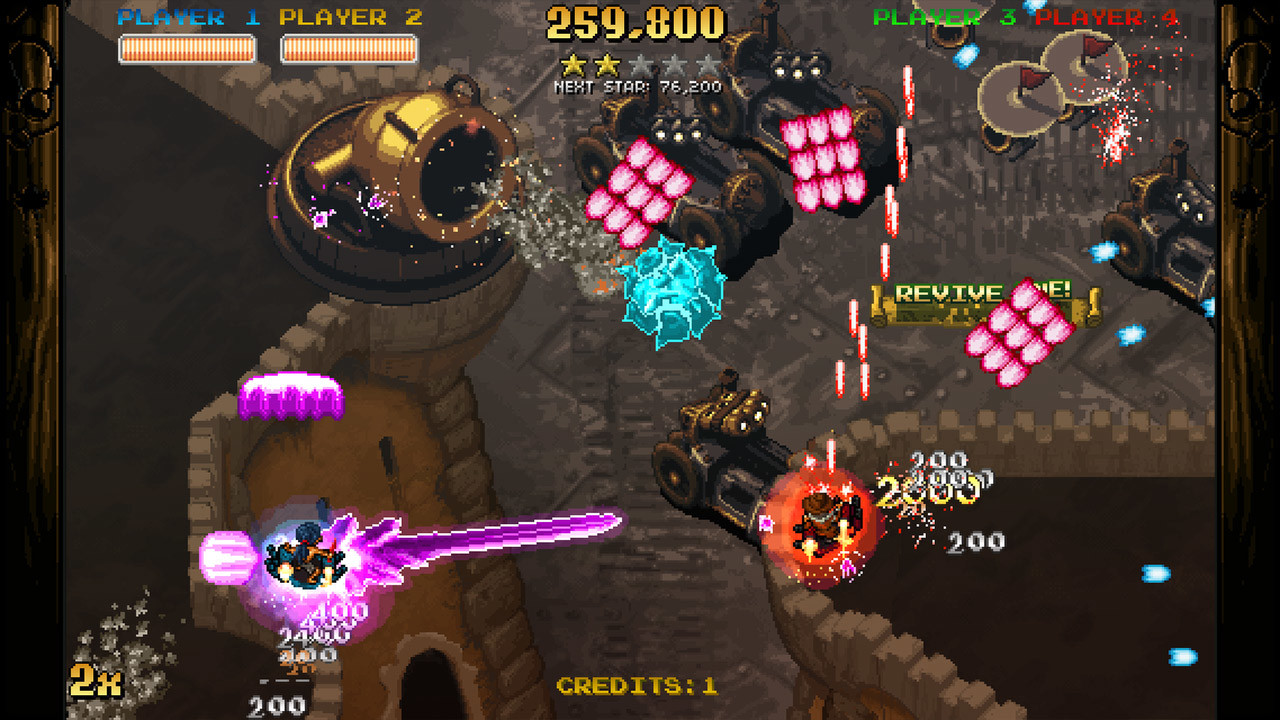 But enough of that, because what’s of even greater importance than remembering the original Jamestown is, of course… knowing what’s up with that “+” part of this new release, some of which I’ve already mentioned (the moons of Mars), but it doesn’t end there and it ain’t all brand new stuff either. If that was the case, they might as well just opt for the DLC route instead. No, this is more like a … remaster? Yeah, that sounds fitting.

Speaking of which, Jamestown+ will have 5.1 audio, “powered by the all-new Gorilla Audio engine”. So crank up those speakers for something truly audible (get it?) as you refamiliarize yourself with all the things that have changed in this version. Which is a lot: backgrounds, enemy artwork, level layout, bullet patterns -- all modified, in one way or another, and to top it all off… the UI has been rebuilt from scratch. Excited? You should be. I sure as (bullet) hell am.

Jamestown+ will be on Steam and Switch this fall. Meanwhile, “All updates and improvements will also come as a free update to the PlayStation®4 version.”