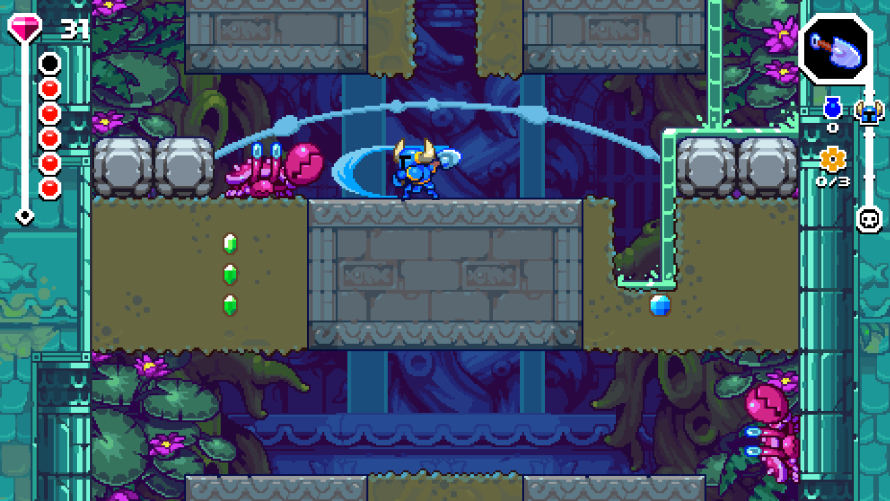 To say that Shovel Knight is a game that keeps on giving would be such a huge understatement, with no less than three additional campaigns (Plague of Shadows, Specter of Torment and King of Cards) released in the years following its launch -- for free. Oh, and while the game dates back to 2014, Yacht Club Games aren’t done just yet, Showdown still on the horizon. But while that’s all undeniably awesome, something potentially even greater was revealed recently in the form of Shovel Knight Dig, a brand new game created in collaboration with Nitrome! Very groovy.

For those not familiar with Nitrome, well, “pixel masters” is how Yacht Club Games describes them in the Shovel Knight Dig reveal, and honestly, I agree. Which makes them the perfect collaborator for a new Shovel Knight game, and from what we know so far, it looks like this one’s going to be one helluva platformer. In true Shovel Knight vein, of course, even if its levels have been “stitched together using proprietary generation techniques” (translation: level generation will be semi-random), which is definitely a first for the franchise. As for how fans will react to such a feat… we’ll just have to wait and see. I do like the sound of it, though.

What else? Ah right, with a brand new game comes of course… a brand new story! This time around, Drill Knight and his “dastardly digging crew” are up to no good, wreaking havoc on Shovel Knight’s lovely campsite and stealing his loot. Big mistake, and needless to say, our fabled protagonist immediately starts tunneling after them. Complete with new abilities, if the trailer below is any indication, as I do believe… yup, Shovel Knight just shrunk in size. Interesting. Of equal interest -- to me at least -- is the brief moment of Dig Dug style gameplay in that same trailer.

Meet new friends and foes, visit strange lands, and outfit yourself in your quest to keep the entire land from collapsing underfoot! Jump, slash, and dig your way down an ever-changing chasm of mystery in Shovel Knight Dig, an all-new Shovel Knight adventure!

Need more to bits and bobs to get you excited about Shovel Knight Dig? Well, how about a new gotta-go-fast Speed Shovel mechanic and an engine full of fun visual feats like “fluid animation, scaling, rotation, and parallax”, as well as, of course, new Knights, characters, enemies -- new everything! No really. There’s even a new rockin’ soundtrack by Jake Kaufman, who also handled the music in the original Shovel Knight (so we’re definitely in for a treat there).

Shovel Knight Dig Trailer
Facebook Twitter LinkedIn Pinterest Tumblr WhatsApp Telegram E-mail
Previous article 'Jamestown+' Aims to be the Definitive Version of a Great SHMUP With More of... Everything
Next article Populate the World Strategically With the 'Cardlings' In Your Hand to Dominate the Opposition