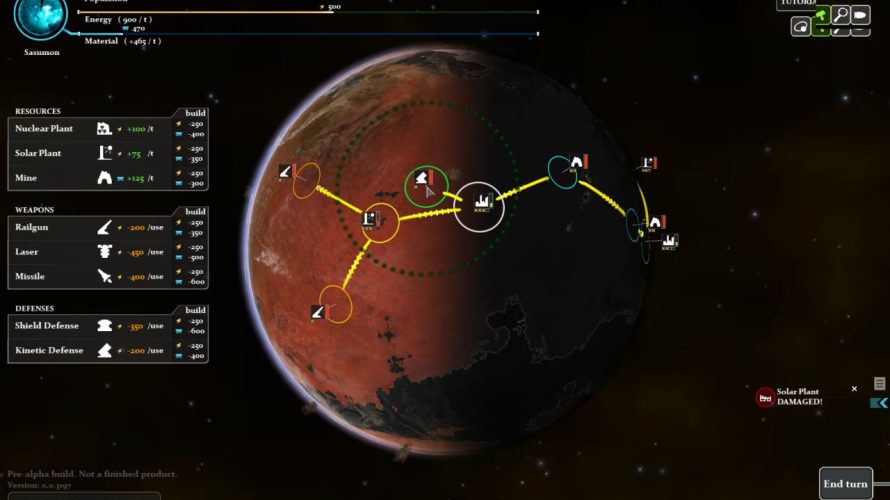 Since the dawn of time, mankind has waged war. Some small while others took place on a much larger scale. Most took place on this very planet, but thanks to the advancement of technology, interplanetary battles have long since replaced petty local skirmishes. Civilization against civilization, planet against planet… it’s artillery-based skirmish on a massive scale!

Remember Hedgewars? Ever play Scorched Earth? Maybe Worms? Man, who doesn’t remember Worms? Anyway, Interplanetary is somewhat similar in terms of gameplay, but with noticeably more complexity. Where duking it out in Worms is mostly a matter of demolishing terrain and using the right weapons with a proper aim across a two-dimensional battlefield, you’ll be in charge of managing an entire infrastructure and acquiring resources, among other things. Battles are rarely won with weapons alone.

While laying waste to an entire planet could potentially be an interesting victory condition, such vast destruction is (fortunately?) not required to demolish your foe. Instead, killing everyone in his/her cities, leaving them all in a state of ruin, will end the game in your favor. Besides, your arsenal doesn’t consist of a Death Sta – enormous battle station, so how’d you really go about doing that? With rail guns? Laser beams? Maybe some expensive missiles? Right, didn’t think so.

You need to go to a war against a neighboring planet, but the technology isn’t quite there for starfleets or teleportation – what now? Simply accelerate metal slugs using massive amounts of electricity and let the physics do the work!

It’s not a simple ‘fire and forget’ affair either, as each shot will have to be aimed carefully to reach the designated target; remember, this is interplanetary warfare, not your basic runnin’ and gunnin’, where line of sight is the biggest obstacle. With procedurally generated planetary systems, you also won’t ever be playing the same match twice. This means you’ll have to review your strategies for each round, as there’s no telling what you might face. I guess you could always send a spy or two into hostile territory; that way, you’ll know exactly what’s what! 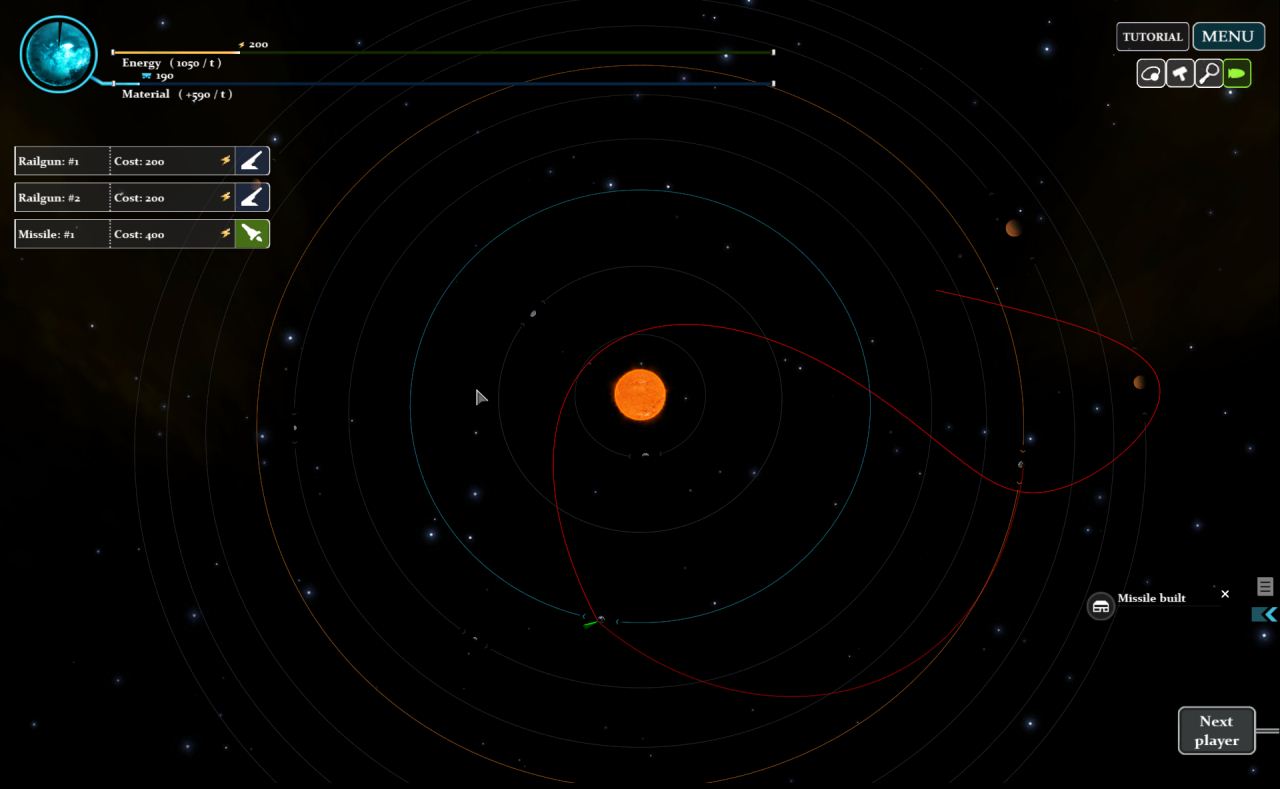 As far as finding someone to play against, well, every option is present and accounted for. There’s online and hot seat multiplayer, along with skirmishes against the AI – no story of any kind, though. And… now for some bad news: Interplanetary isn’t out yet. But fear not, for an alpha build is available for Windows and Mac users (Linux is ‘coming soon’). So after checking that out, might I point you towards its Greenlight page? Something something vote matters.