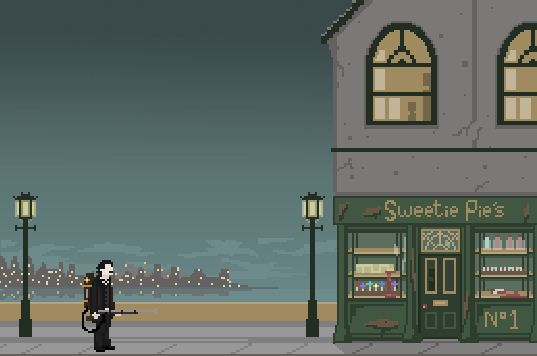 If you’ve ever wanted to play as Edgar Allan Poe himself, chasing the infamous Jack the Ripper through the streets of an alternate Victorian London, then it might not be a bad idea to put EDGAR on your radar. Just don’t expect it to be released for a while since it’s still in the early stages of development. So… how about a glance at the information available at this point?

We’ve already established the locale and that you play as an infamous author, but there is at least one more twist: This version of the famous Edgar Allan Poe is actually an inventor, not a writer! But before you call shenanigans, think about it for a second – would it really make sense for a writer to be chasing Jack the Ripper? Doubtful. Sure, the game does utilize a quill cursor for combat, but that will only get you so far, without the aid of fancy gadgets and proper weaponry.

Speaking of inventing stuff: Loot is going to play a large role here, along with being able to craft weapons and outfits to further enhance your character and increase his chances of surviving this daunting task. But in order to make loot fun, we all know it has to be randomly generated, and thankfully that is the case here. Level generation is another matter entirely though, as the main story won’t contain procedurally generated levels, while a planned mode called “infinite dungeon” will cover ones need for that instead.

Oh, did I mention that there’ll be multiplayer in the form of two-player co-op, both local and online? One has to wonder though, who will the second player be, if not another Edgar Allan Poe? And more importantly, will the multiplayer be separate from the main story? Also, what platforms will the game be available on? So many questions!

Another one that remains without an answer is “what’s it going to cost?”, as all the developer have shared is “less than $20“. But one thing they’re certain of, is that there will be a Kickstarter in the future of EDGAR –  it won’t happen until they have “more than just an idea and some concept art” though, which I can certainly appreciate after seeing more than a few launch one, with very little to show.

That’s all I know at this point and while it’s not a great deal, it’s enough to make me interested in the development of EDGAR at least! How about you? It’s not every day that we see an ‘alternate history’ game, after all.