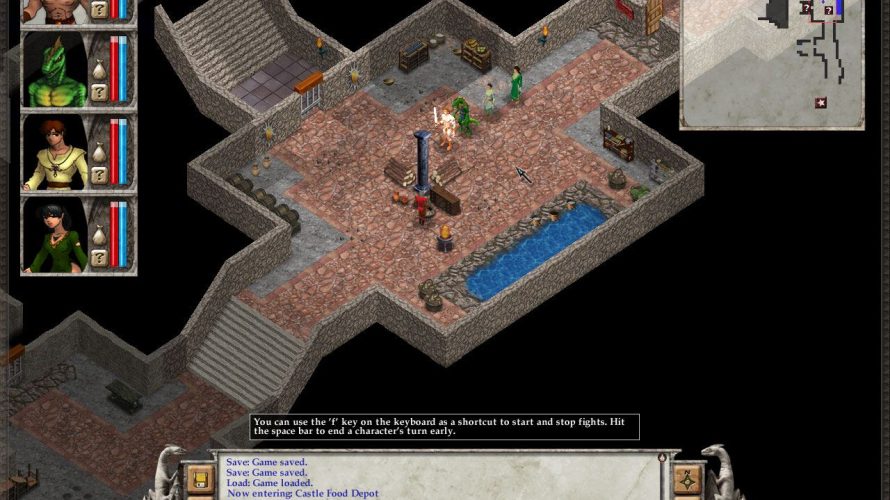 If there’s one thing Spiderweb Software have proven time and time again, it’s how to make a solid RPG. They have a lengthy line of award-winning titles in their catalogue, and these are massive in more than one way, featuring huge worlds with a lot of NPCs, plenty of quests to partake in and creepy dungeons that are almost begging for a band of adventurers to explore them. Oh and one of my personal favorites: Armies of monsters in need of slaying!

In this thrilling conclusion to the series, you control a party of four characters and your mission is simple: Save your homeland before everyone either starve to death or become casualties in the ongoing war. While Avernum 6 is a combat-heavy experience, the dialogue quality still manages to avoid being overshadowed by all the hacking, slashing and spell-casting, with more than a few surprises awaiting before the credits roll.

With combat being entirely turn-based, there’s plenty of room to apply advanced tactics and strategies and even though I’ve only experienced the game briefly, believe me when I say that there are more than a few battles that you will not be able to survive without a plan. But all the fighting in the world would not be much fun in a RPG without a deep character progression system, so it’s a good thing that Avernum 6 has both plenty of spells and skills to pick and choose from, as you evolve your little group of adventurers from rookies to killing machines (there’s a war going on, after all).

Even though the developer does claim that “experience with earlier Avernum games is completely unnecessary to enjoy Avernum 6”, I’d still recommend the earlier titles if you like this one. Now for the bad news: The only other Avernum title currently available for the iPad is Avernum: Escape From the Pit, the remake of the Avernum title. So for the remaining four, it’s either Windows or Mac, but at least they can all be purchased directly from Spiderweb Softtware, among other places.

For the iPad games however, you’re gonna have to head on over to iTunes where Avernum 6 ($6.99) can be found, along with two other Spiderweb Software games, Avernum: Escape From the Pit ($9.99) and Avadon: The Black Fortress ($9.99).