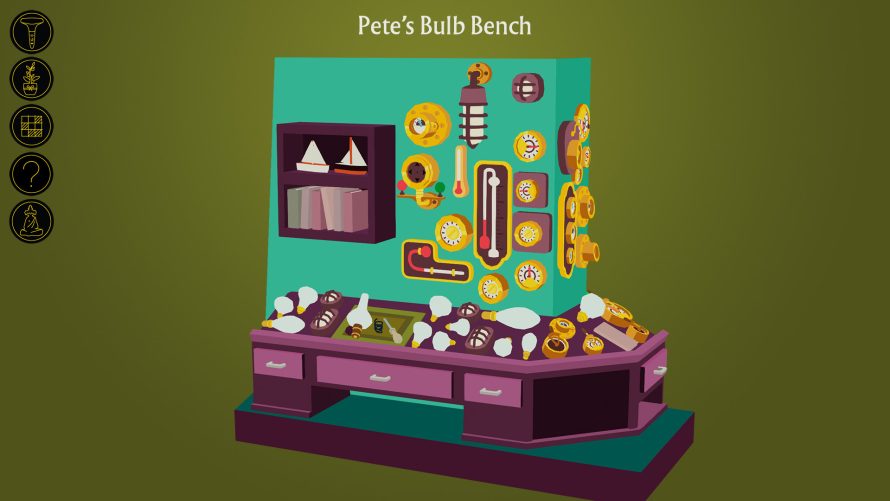 Being dead usually spells the end. No second chances or otherwise coming back. That’s just it. But since no one told I Am Dead‘s recently-deceased museum curator, Morris Lupton, that’s how it works, he’s now roaming the island of Shelmerston as a ghost. Oh, and his dog Sparky (who, as it so happens, is also a ghost) is with him. They are hanging around for a reason, however: a volcano is about to errupt, destroying the island, and only this particular duo can prevent it!

Although not in the way one might initially suspect, as while Morris does have a superpower, being able to ‘peer inside objects and people to reveal their contents and memories’ is not going to do a darn thing against the flow of lava. Unless he uses it to seek out the island’s other ghosts, that is, examining objects important to each and every last one, eventually uncovering their whereabouts, hopefully saving everyone (well, those still alive and breathing, anyway) in the process.

Together, they must uncover Shelmerston’s ancient mysteries, prevent the island’s volcano from erupting, and save the place they call home.

So get to twisting and turning that camera, zooming about in search of clue and ghost alike, for a multitude of stories – and characters – awaits on this quest to prevent a great disaster. I mean, you aren’t planning on simply letting an island this lovely end up doomed because nature says it’s time for another volcanic eruption, right? Right. Good. So get to solving puzzles and tracking down elusive spirits!

I Am Dead is available on Steam, Epic Game Store, and Switch.