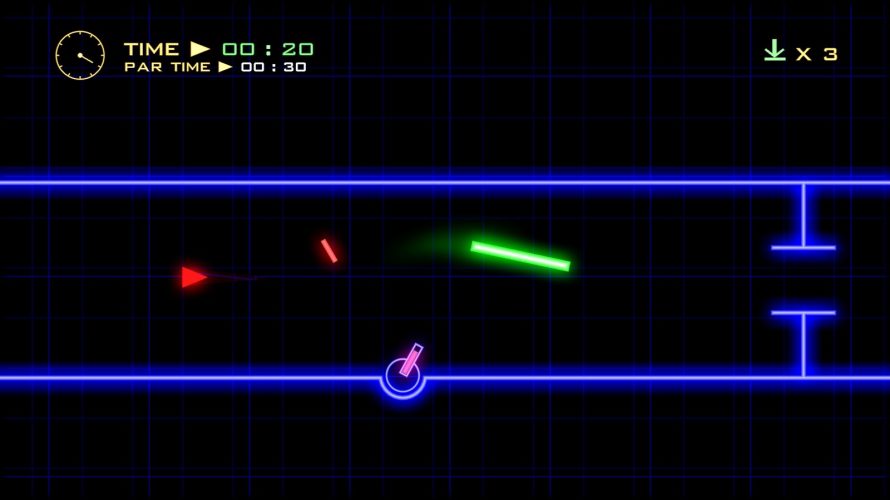 It’s been more than a year since I played the Hyphen pre-release demo. A long time, some may say, but I haven’t forgotten about the crazy difficulty, hypnotizing neon-y visuals and funky music. Although as it the case with most demos, this one was, in fact, a vertical slice, so I figured, how hard can the full version be? As it turns out, very.

While the description makes the promise of “fiendish neon mazes”, fortunately, the game does ease you into it all, one step at a time, and then… throws you into the deep end. But let’s take it from the top: your goal in each level is to thread the needle, navigating treacherous terrain, in order to reach the exit. Simple enough, except, colliding with anything sends you back to either the beginning of the level, or the last checkpoint you’ve placed.

That’s right, you’re in control of checkpoint placement here, although to avoid exploitation, you’re only given a finite amount in each level. Suffice to say, this adds a layer of strategy, as you’ll have to carefully choose whether to use one or risk it – who knows what lies ahead, after all? That said, none of the levels I played were overly lengthy, carrying a par time of around 2 minutes each. You’ll likely be spending at least twice that time in some of them though, retrying sections over and over, until you finally make it. 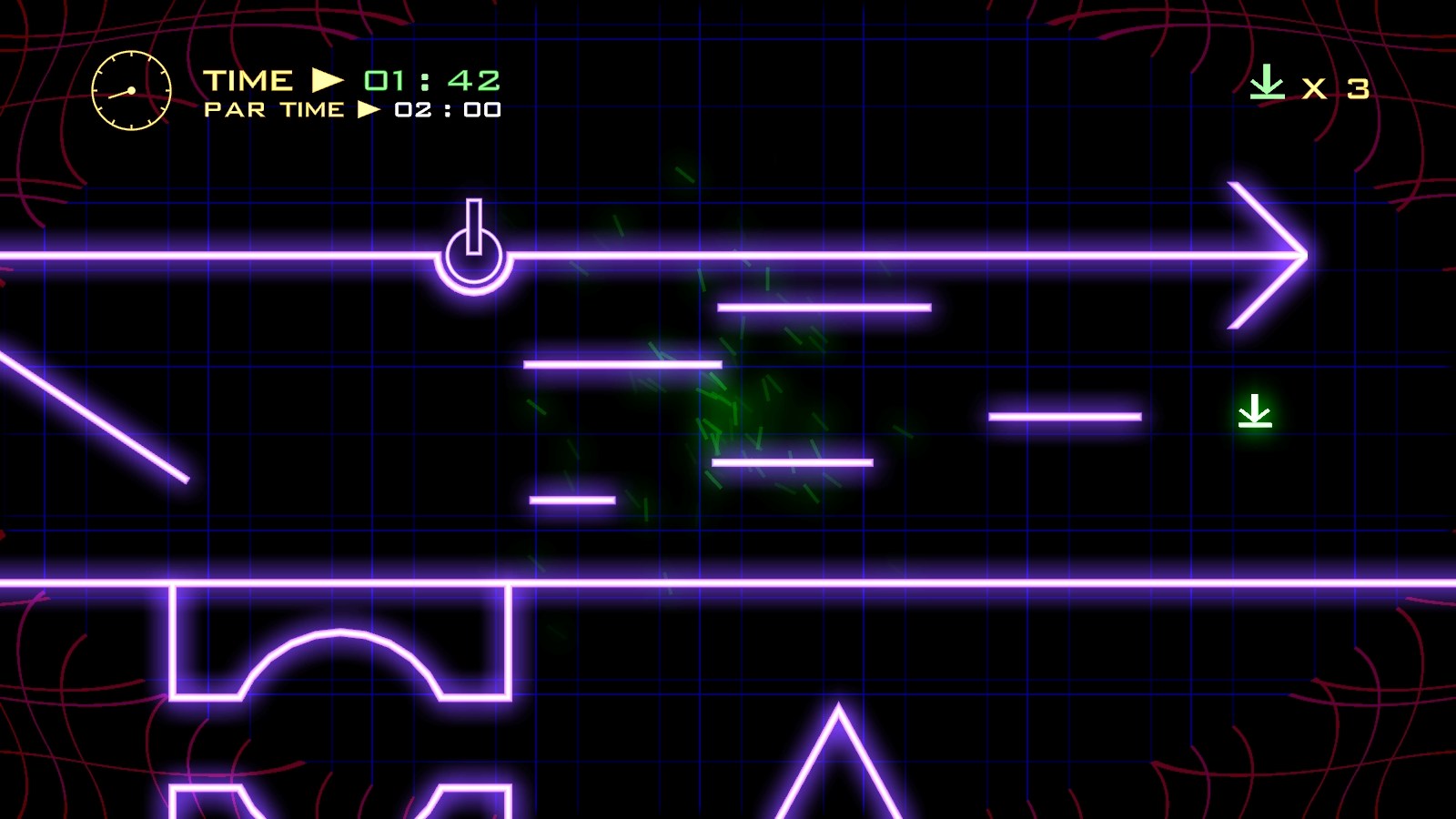 Oh, did I mention your character is constantly spinning? Kinda wish the game would give ya control over that part, even if it’d likely be too easy then. Some games are meant to be brutally difficult, and you better believe that a large portion of what makes Hyphen so enjoyable is, in fact, the challenge. Heck, some levels even require you to shrink by passing over an item, in order to fit through an upcoming gap, adding to the ‘puzzle’ aspect, increasing the difficulty even further.

With hazards lurking around every corner in the form of turrets and proximity mines, you’ll definitely have your hands full, simply trying to survive. For an additional challenge, you could always try for a full five-star rating, which is where things get interesting (if a bit crazy, to say the least). See, these are tied to things like the number of deaths, time taken and checkpoints used, so… good luck with that. Me, I was content making it through the first eight (of thirty-six) levels.

@Wraithkal I recommend some herbal stress relievers, a replacement game pad and a few meditation classes before starting 😉

In spite of the game kicking my ass at every opportunity, I’d actually still recommend it, as I’m sure that with enough practice and patience, it’s perfectly doable. Brutally difficult for sure, but doable nonetheless. Besides, can you really say no to such a groovy blend of neon-y visuals, funky music, and unique ‘puzzle racing’? Exactly.

Hyphen is available for Windows from Green Man Gaming, Itch.io, Desura, Get Games and Humble, priced at $6.75/€5.99/£3.99, with no DRM. Steam? Not until it’s been pushed through Greenlight. Remember, your vote matters!