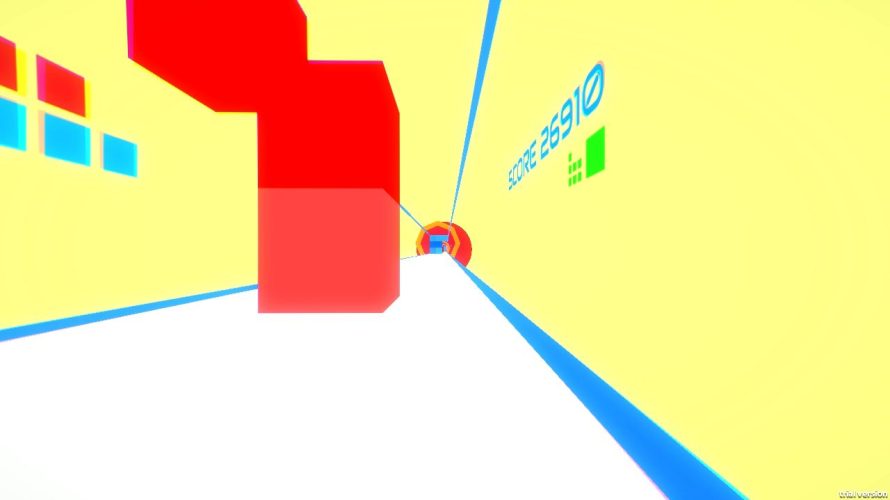 Holy first person Tetris, Batman! What? No, really: Hyper Gauntlet: The Legacy of Nozzlethrust III is… kinda that. Except instead of dropping blocks, you’re running, making your way through small gaps to avoid crashing into walls! It’s hectic, fun, and best of all, it’s (almost) entirely skill-based.

I still remember when Hyper Gauntlet went by the name Speedrun. Ah, nostalgia. Actually, that’s just me being silly, as that was just little over a month ago. In case you’re wondering why I didn’t give it a write-up back then, well, I simply decided to wait until it was a more meaty experience. That’s definitely changed in the most recent (alpha 0.8.5) version though, which is why you’re now able to read this article. But more about that in a bit – let’s take it from the top.

As one might imagine, the controls for something like this are hardly going to confuse: WASD (or the arrow keys) controls movement, while space slows time. Don’t think you can simply play the game at turtle speed the entire time though, as it’ll need to recharge after use. It does help tremendously when the pace picks up though, and few would be able to end a run with an even remotely impressive score without it.

Players control an invisible force in an abstract and minimalist arena, constantly hurtling forwards through gaps between blue and red obstacles.

That’s pretty much the core of Hyper Gauntlet: zoom through gaps on a 3x3 grid, with but a few collisions at your disposal, before it’s game over. It’s not easy, but… it sure is fun! And while that’s enough to make for an interesting game in my books, a peek under the hood reveals a few additional features. Initially, the game won’t automatically bring you back to the center of the screen, but if – like me – you prefer playing that way instead, the option’s there. This method might also lower the overall challenge somewhat, as moving around only requires you to hold down two keys at most (to reach a corner), rather than tapping them in rapid succession. 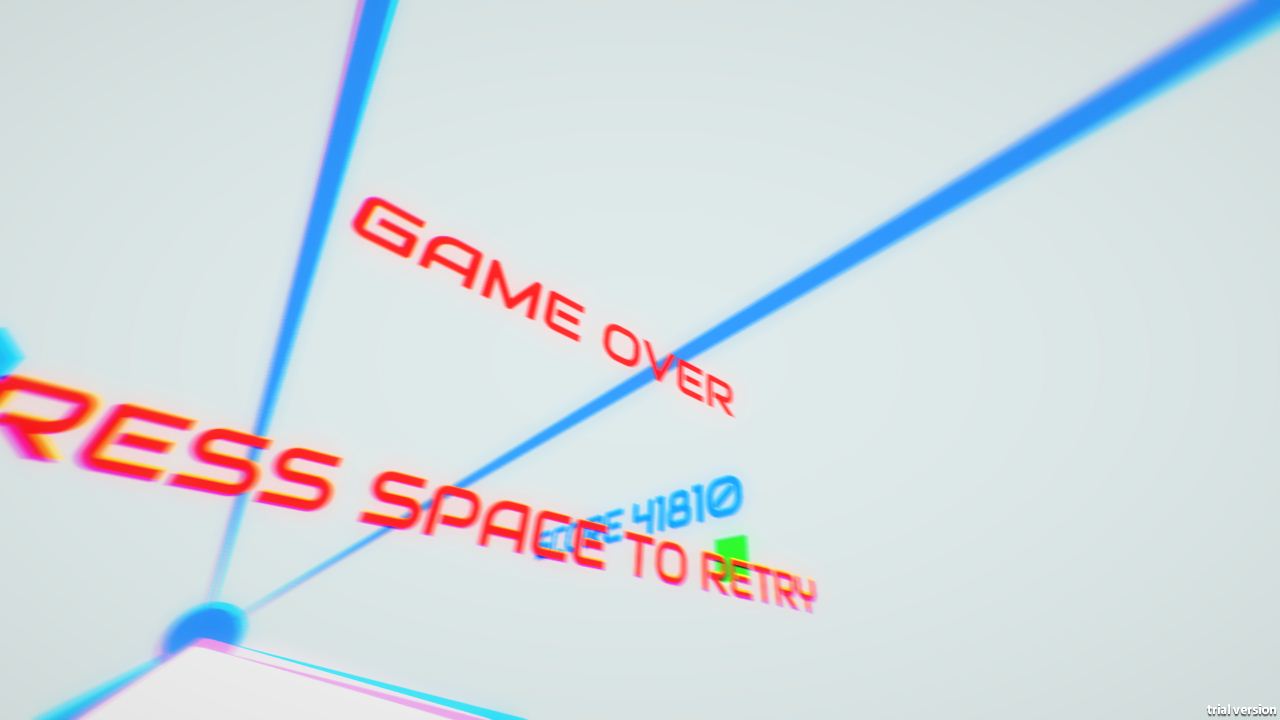 Digging through the menu also reveals several different cheats, though it seems none of them actually work in the current build. I have a feeling Nick Udell, its creator, is saving that for the soon-to-be-released beta version. God Mode and Infinite Slowmo don’t really interest me as much as Auto Pilot, though. I mean, imagine the game playing on its own, dodging at insane speeds and never making a single mistake; while you just sit there, thinking “yeah, I’m never gonna be able to do that”. Sure sounds like a neat, if somewhat niche, feature.

While Hyper Gauntlet is currently available for free from its website, the upcoming change to beta also involves the release of a paid version with more modes and power-ups. Free or full, additional modes and power-ups or not, Hyper Gauntlet is definitely of the “just one more go” sort and one that should not be missed. Are you still reading this? Go play the game already!