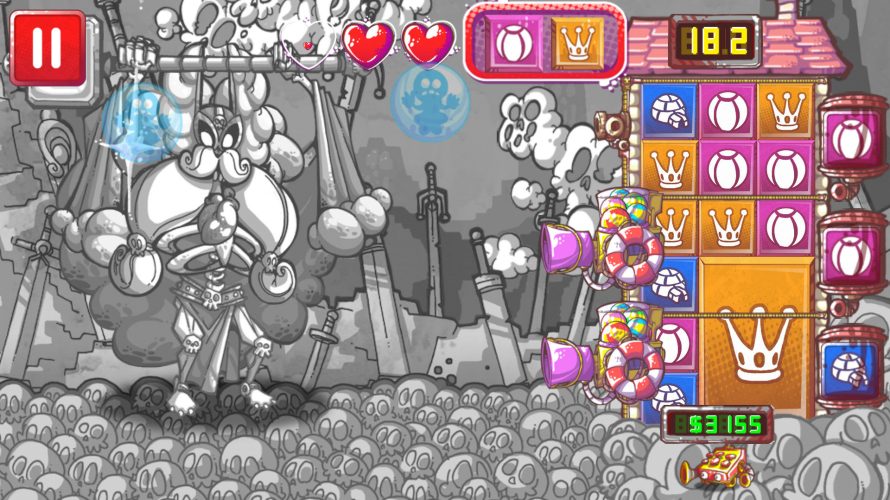 At first glance, Gunhouse looks like a classic example of something that really shouldn’t make sense. But hear me out, because… some of the best indie games are those that are either extremely quirky, nonsensical, or both. It just makes them so nicely different, ya know? And seeing how we’re dealing with a tower defense title here, being different is more important than ever.


So, I know what you’re thinking, and Gunhouse was in fact released all the way back in 2014. Originally. On the PlayStation Vita. But since then, as the developer puts it on the game’s press page, a LOT has happened/been added/changed/fixed/etc. It’s also (finally) available on pretty much every platform that can be considered ‘current’; yes, even… the Windows Store. Seeing how the game looks like an absolute blast, this is an undeniably good thing. I mean, where else are you going to find such a colorful mashup of puzzle and tower defense? With guns. So many guns. Because combos don’t kill people, they… uh, just… make guns appear. Which are used to kill enemies? Hey, video game logic. Just go with it.

Need some icing on that already delicious genre mashup cake? Well, how about some funky tunes – courtesy of Disasterpeace – as you plow through Gunhouse‘s infinite levels, a silly plot, and a hardcore mode for the truly dedicated (or mad)? Yeah. There ya go. Now go combo them guns, some of which are truly… unique. For lack of a better term. But hey, anything to save your orphan friends, right?

Gunhouse is available on itch.io, Switch, iOS, Android (Google Play, Amazon), Windows Store, and will be on Steam from February 4, 2020. Soundtrack? Here.