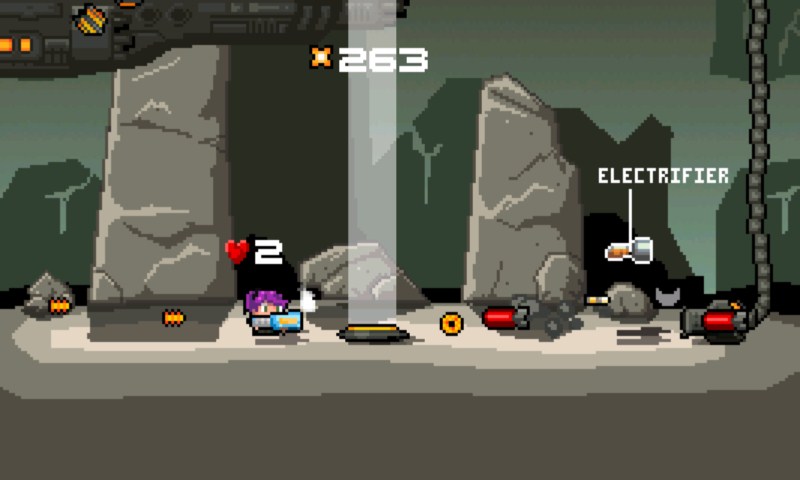 You’d think those darn alien invaders would have given up by now, but alas, that is not the case as they’re still going at it. Fortunately for mankind, a purple-haired ponytail-sportin’ girl is more than ready to kick some you-know-what, and send those bastards packin’. With all kinds of crazy weaponry available, courtesy of a seemingly mentally unstable inventor, it’s time to rock and roll!

What started as Groundskeeper, a Mini Ludum Dare #34 creation, has come a long way for this recently released sequel. The original was a much simpler experience, both visually and in terms of mechanics, which is hardly uncommon for game jam projects. But that was then and this is now. Groundskeeper2 has arrived on several platforms, complete with a great soundtrack, stylish visuals and plenty of bang-for-your-buck (get it?).

Everyone can play this game, but only a few will unlock it 100% and become true heroes of the resistance!

Like that of its precursor, the core gameplay consists of running left and right, jumping and shooting everything in sight. On top of that, you’ll be kept plenty busy collecting ‘bits and bobs’ (no, really) from fallen foes. Nasty. After acquiring a certain amount, a portal leading to the next, more dangerous, level will open. Oh and… you’ll die. A lot. That is, until you’ve acquired enough upgrades – which are not lost upon dying, I might add – to overcome even the most insurmountable odds. 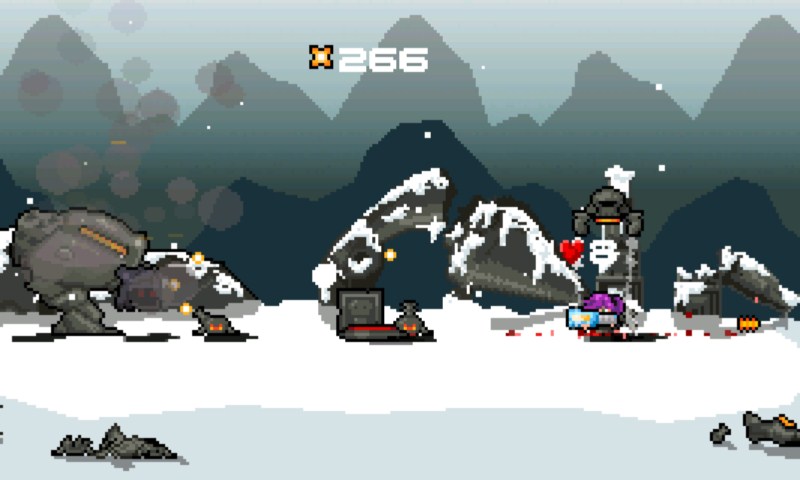 The fight may take a while to finish, but with such fast-paced arcadey gameplay and constant progression, Groundskeeper2 looks to be well worth the admission fee. Repetition? Ha! Chances are you’ll be too busy surviving and having fun to notice. Now, if only the soundtrack was available for purchase. Ah, if only. Are you listening, Orange Pixel? Unleash the tunes!