Not gonna lie, I was hoping for a lot more than ten this week, but that just wasn’t in the cards. Or the votes. Or the… Valve (get it?). Right, anyway, an interesting lot nonetheless, which – just like last week – includes visual novels. What? Oh don’t worry, there’s also platforming, bullet hell, and even an intergalactic trashman. No, really – just take a glance at the list. 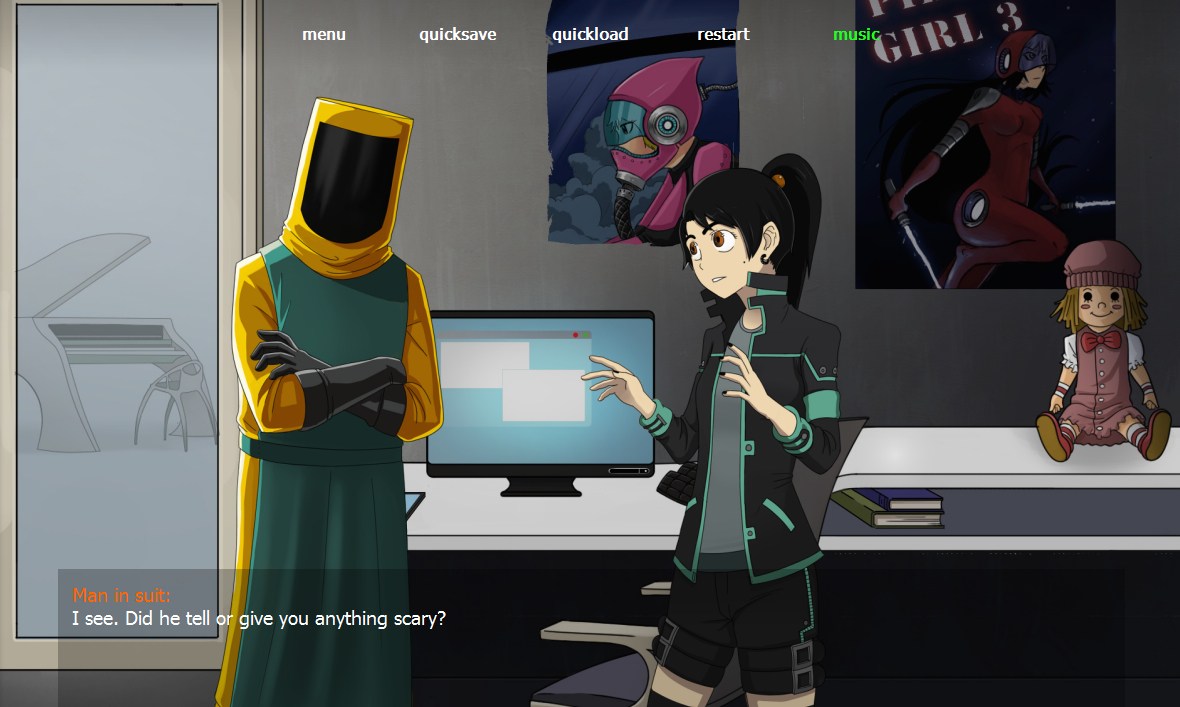 Invisible Apartment Zero (@BunnyJessican) [Kickstarter]
This is a visual novel about the growing up of a girl from the suburbs who dreams of a life in the big city. It’s also about a conspiracy, hacking, surveillance, but most importantly about friendship. 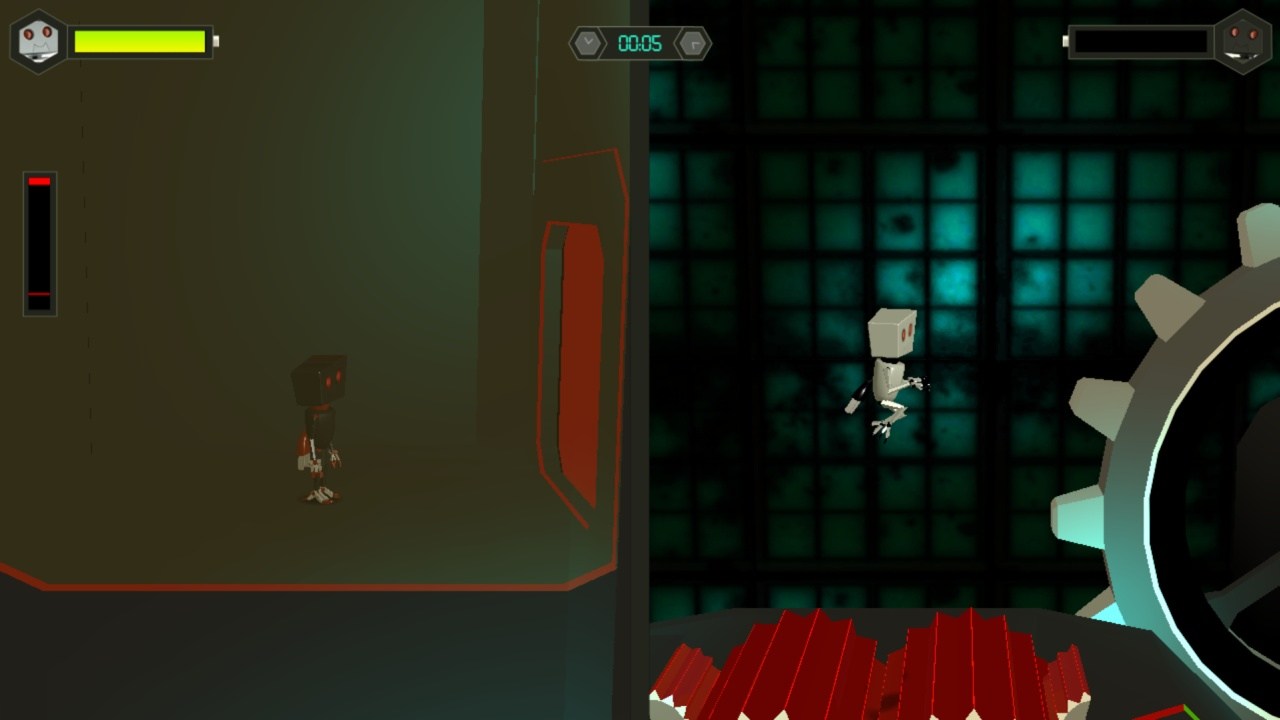 Twin Robots (@Thinicegames)
You’ll be running, jumping & solving puzzles together, but beware: Both robots are battery-powered so they consume energy in everything they do! Watch out for their battery levels! You can also transfer energy from one robot to the other so that they can both safely reach the exit. Sharing is caring 🙂 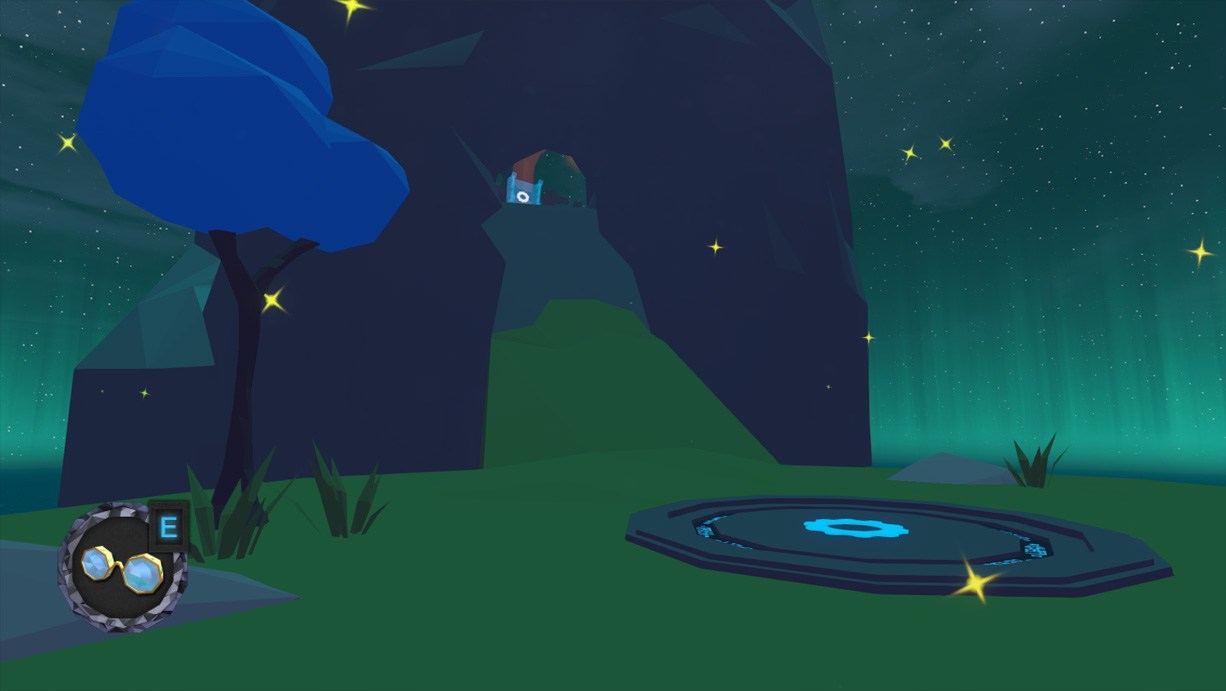 Treeker: The Lost Glasses (@TreekerGame)
Across the centuries, pirates and treasure hunters mysteriously appear with a pair of uncanny glasses. But suddenly as they are revealed, they disappear from sight leaving no hint of what that object truly is. They must be the same glasses, in different times, but you are the only one to realize that, and travel in search for this treasure to unfold its secrets. 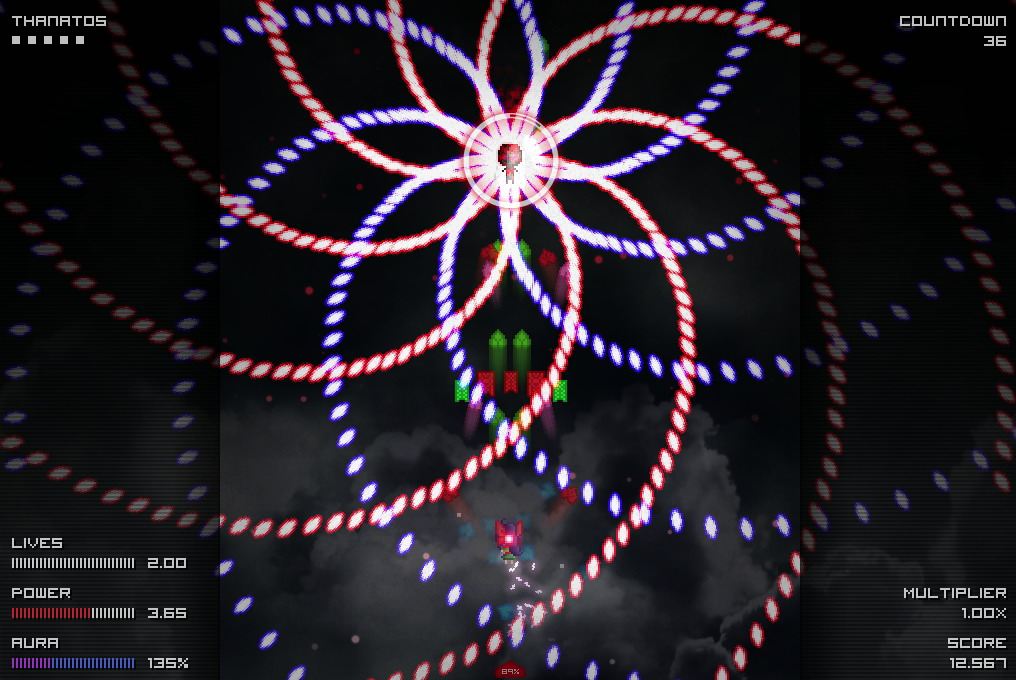 Jigoku Kisetsukan: Sense of the Seasons (@Emad_Jigoku)
Jigoku Kisetsukan is a vertical scrolling shoot ’em up of the bullet hell genre with anime-style drawings and chip music. The game features 6 playable characters with different play style, 5 stages and 4 levels of difficulty. Each character has a slightly different storyline and a unique final boss fight.

The Intergalactic Trashman (@GloveCat) [Kickstarter]
You play as Kepler, the main character, who is always accompanied by his loyal partner Xana, a personal assistant who helps him to communicate with everyone. They have a spaceship which will let them navigate through space, collect trash, explore planets… and all of this while they are dealing with enemies and solving puzzles. 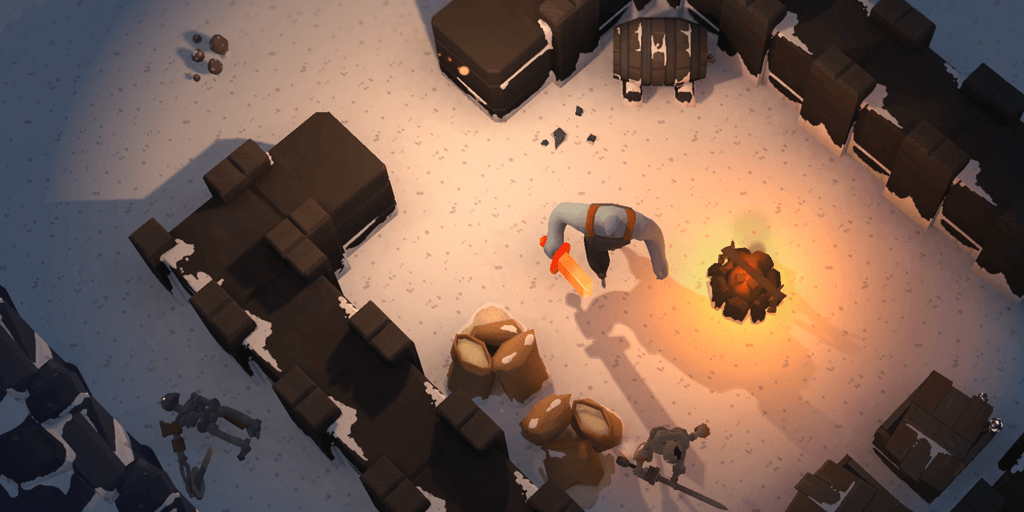 OreLight (@orelightgame)
OreLight, a dungeon crawling, multiplayer RPG with crafting, mining, base building and stabbing. Everything in the world can be dug up, replaced or moved, so building anything from a small hut to an entire town is possible. The world is split into multiple areas; each area has its own procedurally generated world with dungeons, camps, forests, skeletons and a bunch of other OREsome stuff. 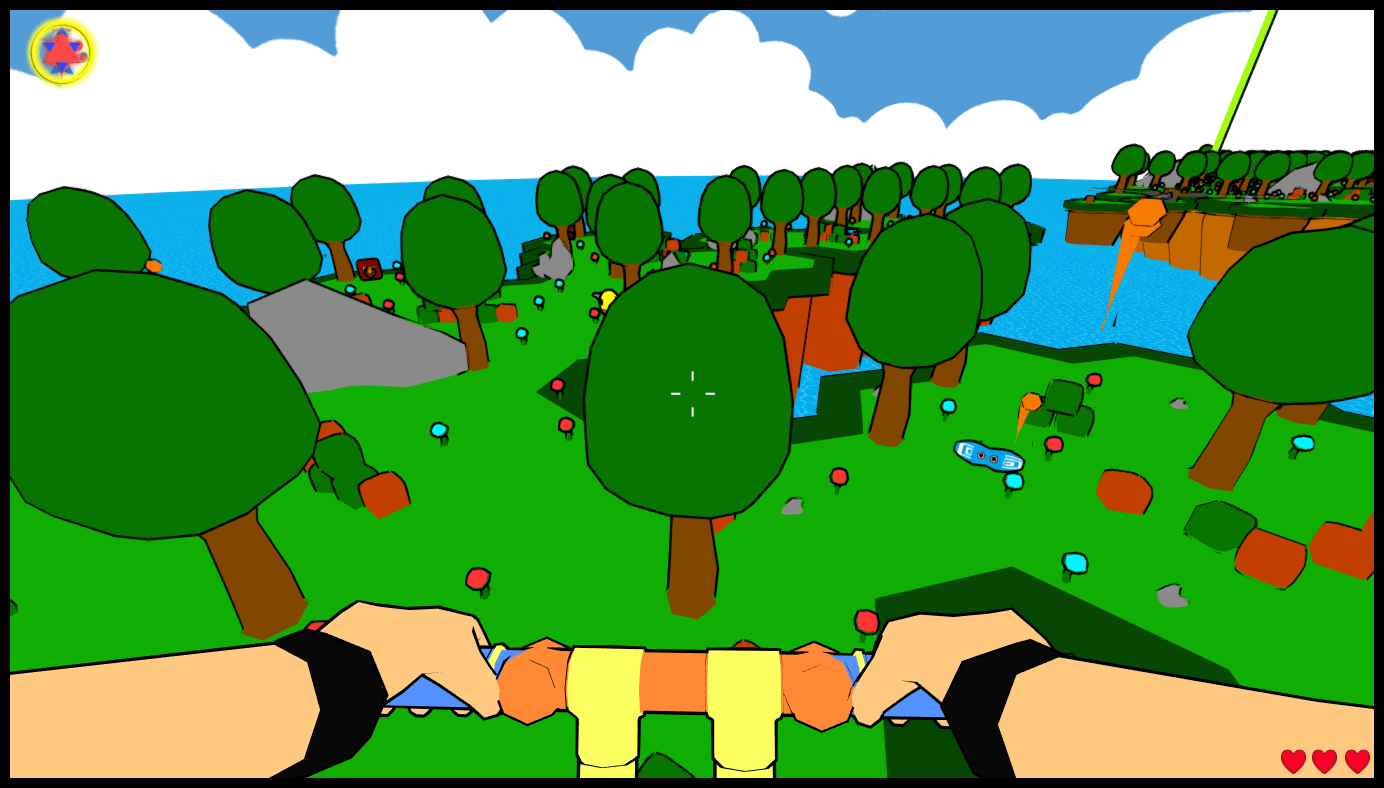 Pongo, the 3D Pogo Stick Action Platformer! [Kickstarter]
Grab your Pongo, a tool usable as either a pogo stick or a gun, to obliterate enemies and traverse the vast islands of Flubber. Balance rapid movement and high jumps with challenging combat, hordes of enemies, puzzles and traps at every turn. 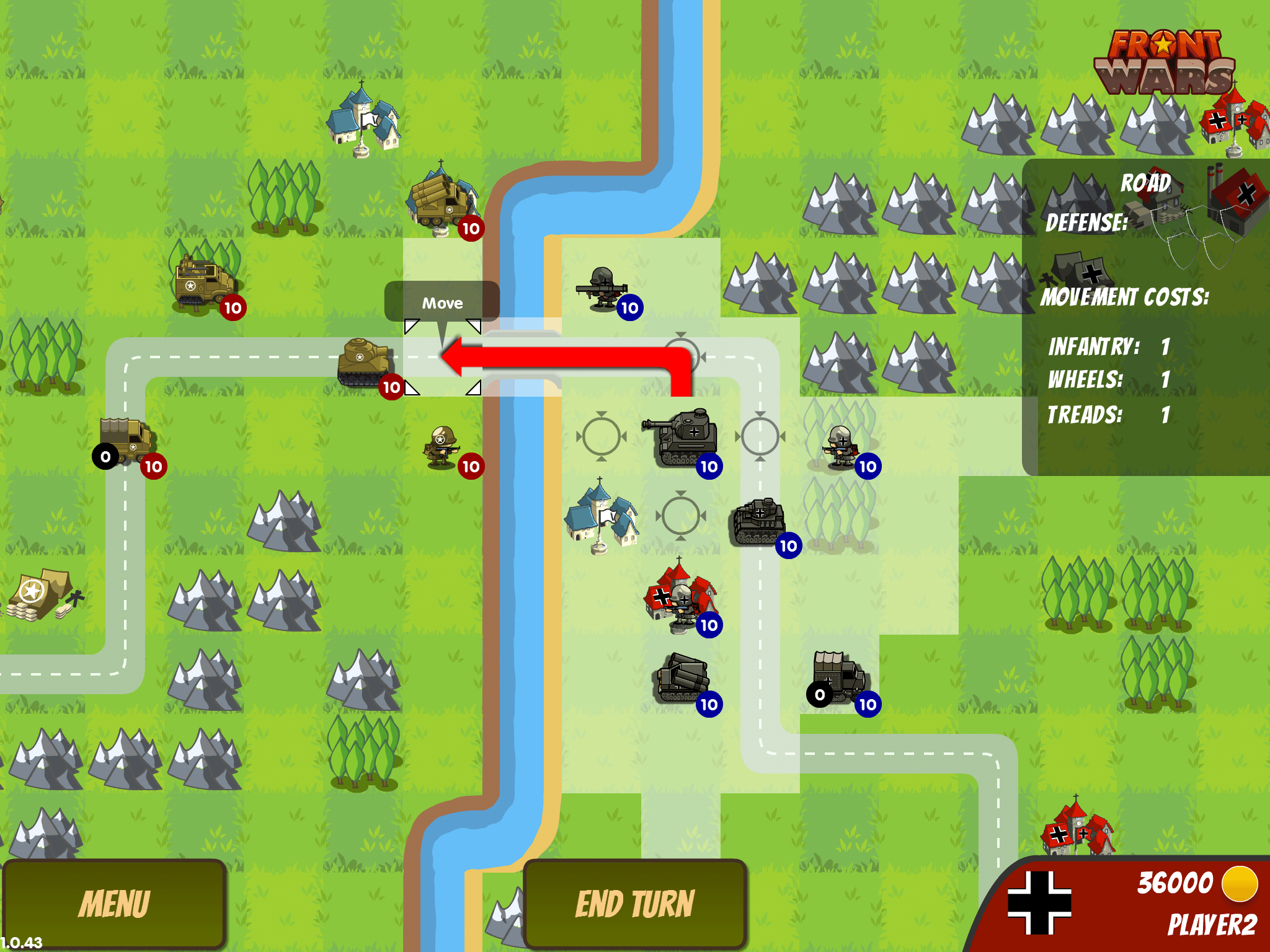 Front Wars (@frontwars)
The two armies take turns building and commanding units on a grid-based map. The objective is to defeat the enemy army. There are two ways to defeat an opponent: destroy every one of the opponent’s units on the map or capture the opponent’s headquarters. The terrain on a map affects unit range of movements and the defense attributes of units stationed in that terrain. Capturing cities and enemy buildings will give the player new fundings at the beginning of each turn, with which the player can create a variety of new units (soldiers, tanks, planes, ships…) to gain power over his opponent. 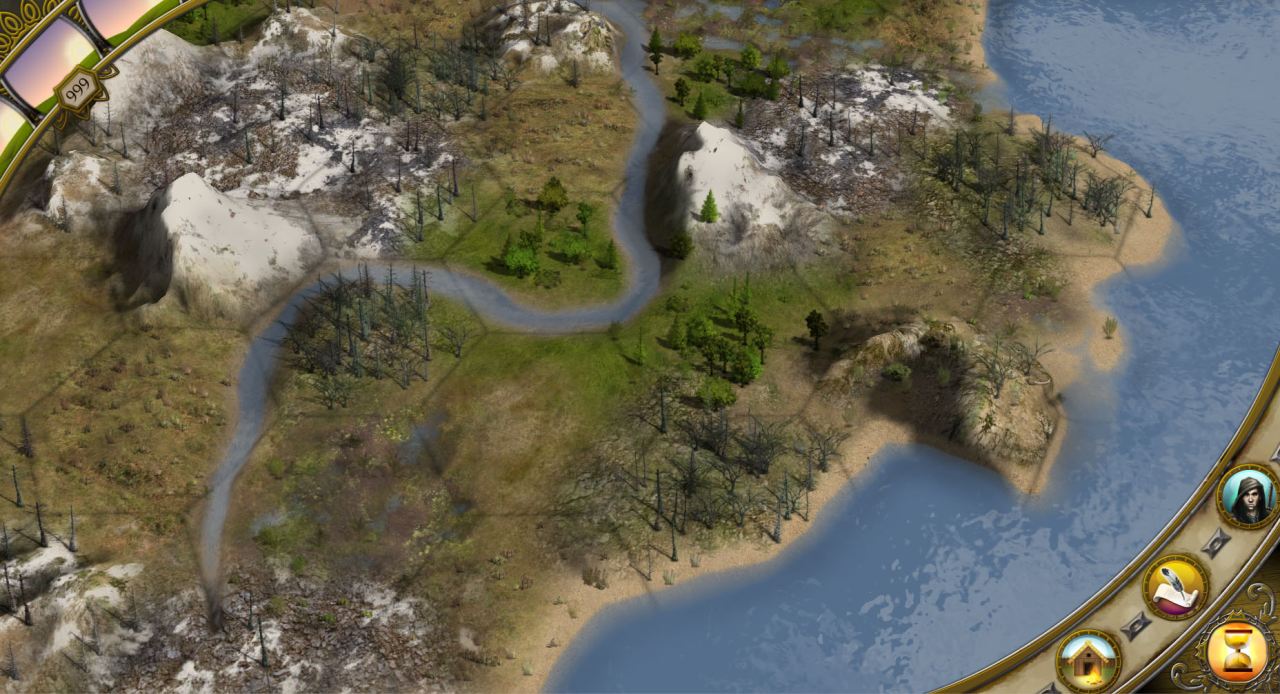 Thea: The Awakening (@MuHaGames)
Thea: The Awakening is a turn-based strategic survival game inspired by Slavic Mythology and Folklore and set in a Dark Fantasy world. As the world of Thea awakens from a century of Darkness, you are mankind’s last hope. 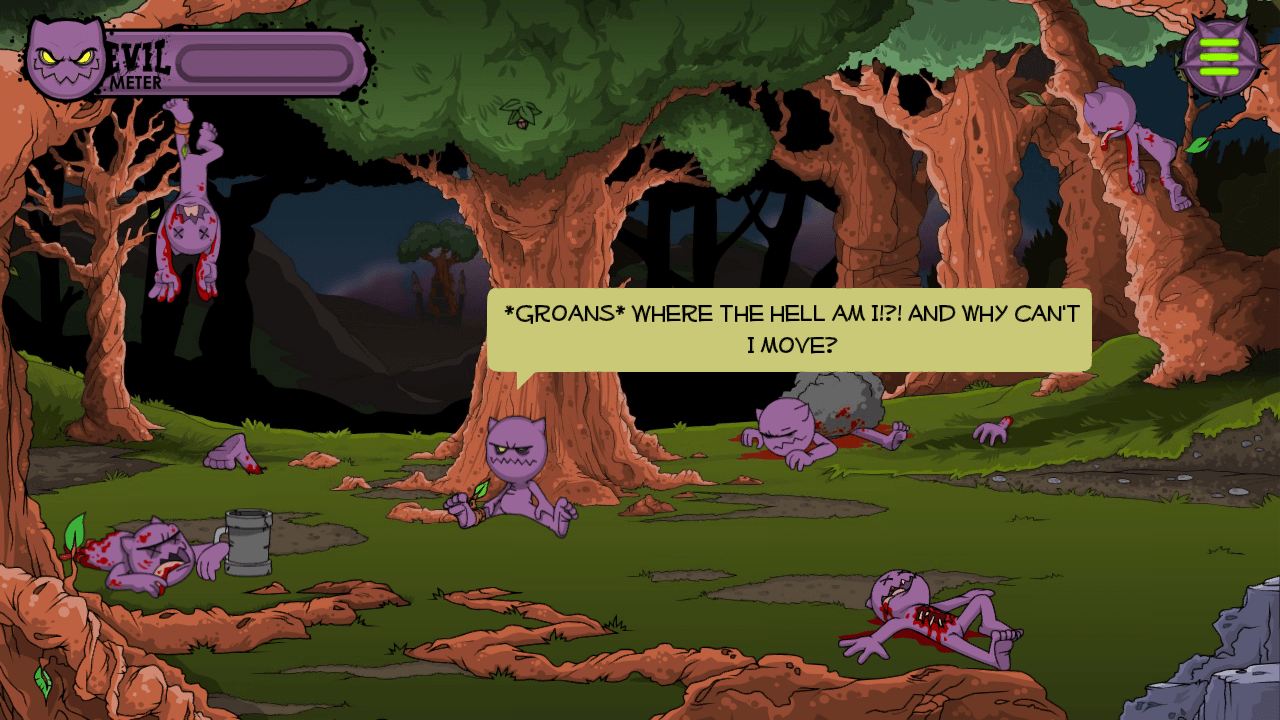 Reincarnation: The Root of All Evil (@reincarny) [Kickstarter]
The Root of All Evil is a classic point ‘n click adventure with a twist of evil. Play as Vile the demon, right hand man of Lucifer himself (aka Luke). Vile has just captured his 1 millionth soul and every demon in hell is out to celebrate with him. After waking up the following morning with a roaring hangover, Vile has a sobering realization, discovering that all hell has broken loose! You must explore both hell and the human realm to solve the mystery of the escaping souls and restore hell to its former glory.