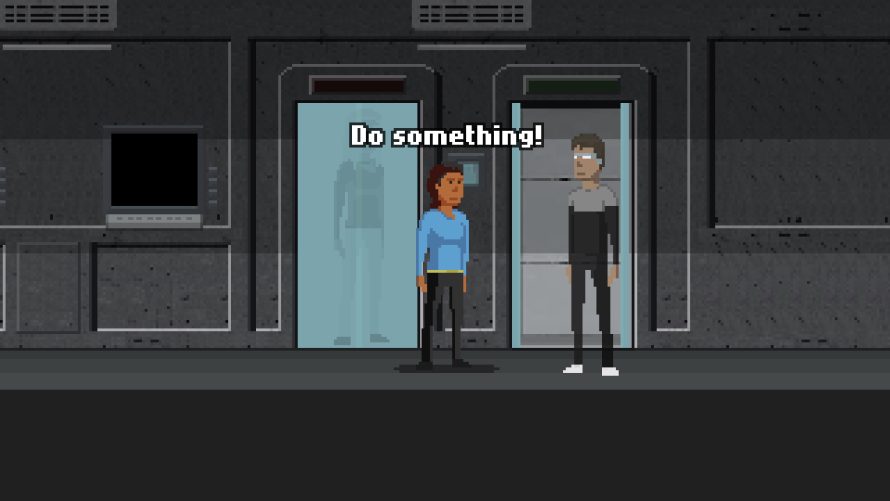 Four girls, four vastly different time periods – the year 1650, 1918, 2020, and even the distant 2134, respectively – and yet they all have one thing in common: their mom is in need of saving from… something or other. So, the four protagonists in Four Distant Daughters each bring a unique conundrum to the table, and it’s up to you to fix things. Before it’s too late, and everyone is doomed. Doomed! Everyone!

At least, that’s what I want to say, but unfortunately, I found myself stuck rather early on, and as such, only got to experience the year 2134 prior to writing this here article. Here, the task at hand involves doing – well, quite a bit, actually. Including, you know, the saving of a mom. Because her cryo-chamber has failed and is in fact killing her. Unless you do something about it. Oh, and the ship stopped prior to reaching its destination and there’s a huge rock messing with things. All in all, a pretty bad day, and that’s just the first of four scenarios. Yikes.

Although as I mentioned earlier, try as I might, I could not figure out how to get far in the game, leaving me with but a brief impression of the other three girls’ (or their moms, I suppose) situations, based entirely on the cutscenes we are treated to before the player is put in control: the mom in 1650 needs to deal with a handful of troublesome uncles while the one in 1918 apparently doesn’t get that back then, the flu was a pretty big deal, 2020 mom is in need of… some item or other… and last but not least, well, you already know what’s going on in the year 2134.

Will any of them get to end Four Distant Daughters on a positive note? Only one way to find out: point, click, and make some groovy magic happen!