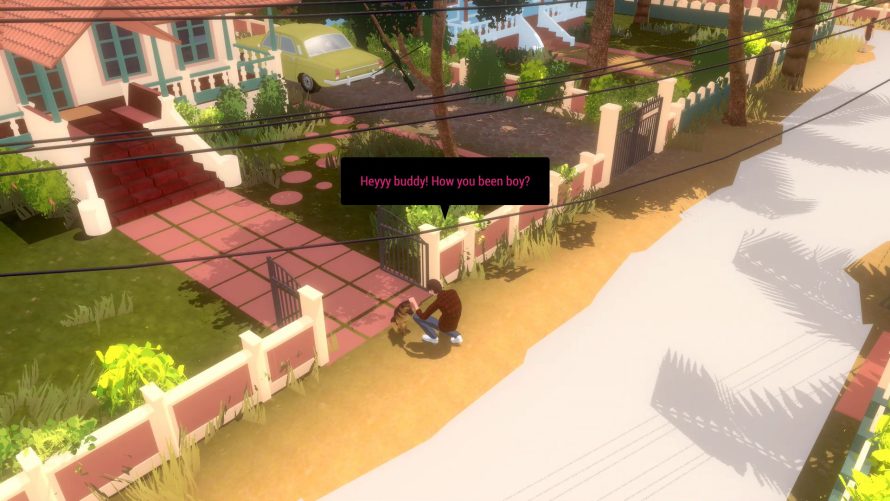 Speaking from experience, writer’s block absolutely sucks. Big time. Not that I’ve ever had it as badly as Forgotten Fields‘ protagonist, Sid, as this fella uses his word wizardry to pay the bills. Maybe returning to his childhood home will get those creative juices flowing? Or perhaps a depressing nostalgia trip is more likely, as the house is about to be sold! Oh boy.

Described by its creator as a “warm, slice-of-life narrative about nostalgia and the passage of time”, Forgotten Fields invites players to a blast from the past – well, Sid’s past, anyway. Nostalgia can invoke many feelings, not all of them good either, but let’s remain hopeful now: running through the fields with old friends – human and animal alike – and going for a swim in the ocean are almost guaranteed to be feel-good activities, after all. That said, a lot of time has passed and as such, certain things are bound to be different from when Sid last came home.

Take part in Sid’s creative process as you play through a parallel story set in a fantasy world – right out of the book that Sid is attempting to write.

Will the party his mom is throwing to give the house a proper send-off bring back memories best forgotten, people best left behind, or might it actually have the exact opposite effect? Are the puzzles in Forgotten Fields actually simple and relaxing? Is this metaphorical trip back in time enough for Sid to get back on track and churn out another pageturner? Can you pet the dog? So many questions and only one with an answer prior to actually playing the game (hint: look at the screenshot above).

Forgotten Fields is available on Steam and GOG.com, carrying a $12.99 price tag.