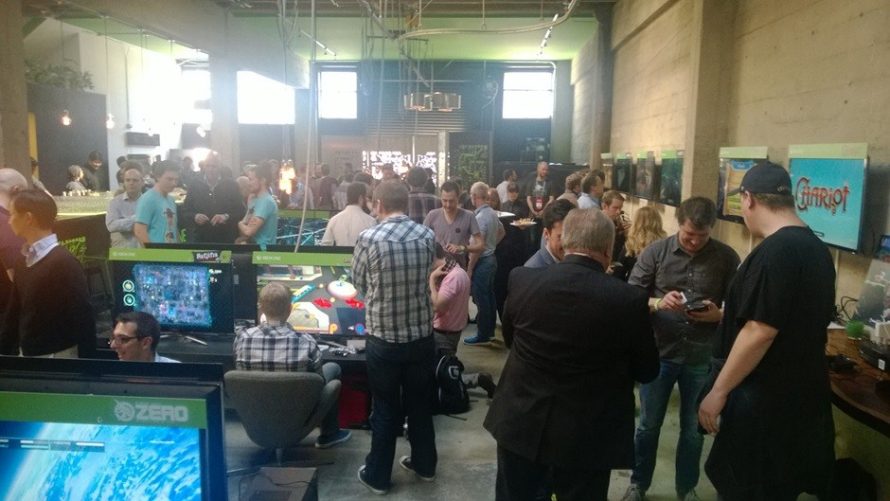 It’s been a long time coming, but now the Xbox One is almost ready for some indie-loving. This initial batch of consists of 25 titles from as many developers, and is a mix of exclusives and ports. But does it really matter if a game was released on the Xbox One first though, so long as the developer didn’t botch the port? Plus, some of these are bound to be more enjoyable on a big screen, behind firmly planted on the couch, controller in hand; so there’s that if nothing else.

Have to admit, it seems my initial Xbox One self-publishing concerns were unfounded, courtesy of the ID@Xbox program, and this is one case where I’m actually glad to have been proven wrong. I have no personal interest in the console, but aside from that, the premise of “local 8-player gameplay” does still sound rather… enticing. That is, provided your TV is big enough, as I suspect squeezing eight tiny screens onto anything below 40 inches is gonna be troublesome at best.

As far as which titles will be available when, well… those details are sketchy at best. According to Microsoft, Strike Suit Zero, Nutjitsu, and 1001 Spikes are among those set to hit the Xbox store “in the coming weeks”. I have a feeling more Xbox One owners are excited about the launch of yet-to-be-released (outside handheld consoles) titles like Super Time Force, Gunscape and Sixty Second Shooter Prime though. Not that the rest don’t look interesting, mind you. Anyway, check out the list of 25 below.