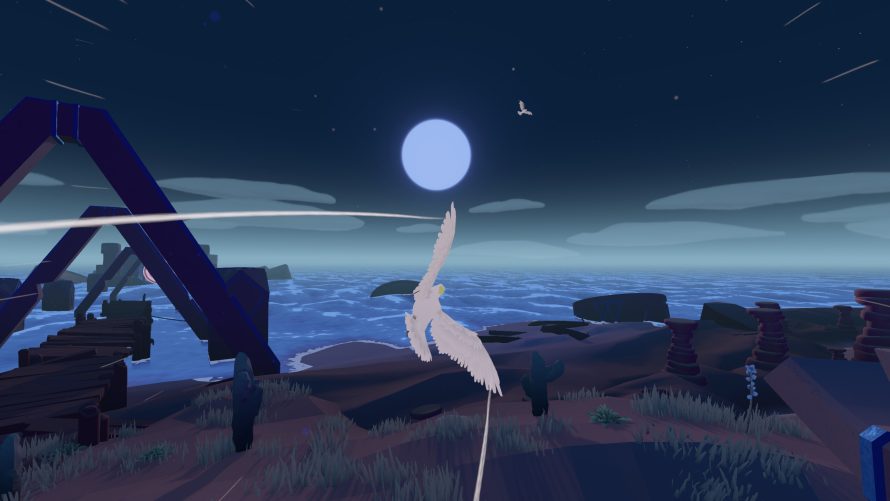 Becoming a bird and taking to the skies for some social zen flying is as good as it’s ever been, in Feather. But what if I told you that it is about to get even better in several ways, courtesy of its upcoming sizeable ‘Explorer Update’, which will coincide with the game arriving on even more consoles?

So, as the title already revealed, Feather is about to hit Xbox One and PlayStation 4, meaning it’ll be on all three ‘current’ consoles. Not bad. Oh, and how about a Mac build while we’re at it, as part of the Explorer Update? Samurai Punk’s definitely a bunch of busy bees and the additional platform availability is actually going to benefit all users, no matter their preferred platform, because… crossplay with all platforms is part of the update!

Swoop, glide, and backflip your way around mysterious locations to uncover hidden paths that only birds can follow. There’s no right or wrong, no demands, no bosses – only you, the wind, and the sky!

What this means is that Xbox One players might find themselves flying next to someone on Switch, PlayStation 4, or even Mac. That’s not all they’re bringing to Feather in less than a week either: a huge new area has been added, six new songs, four new birds, more weather conditions, and a new renderer “able to spawn significantly more undergrowth”. Awesome stuff and there are hints of more too, with “full patch notes and updates will come as we release”. Likely nothing major that hasn’t already been revealed, but eh – ya never know with these game dev folks.

Feather is available on Steam, itch.io, Humble, Switch. Xbox One and PlayStation 4? September 30, 2020.