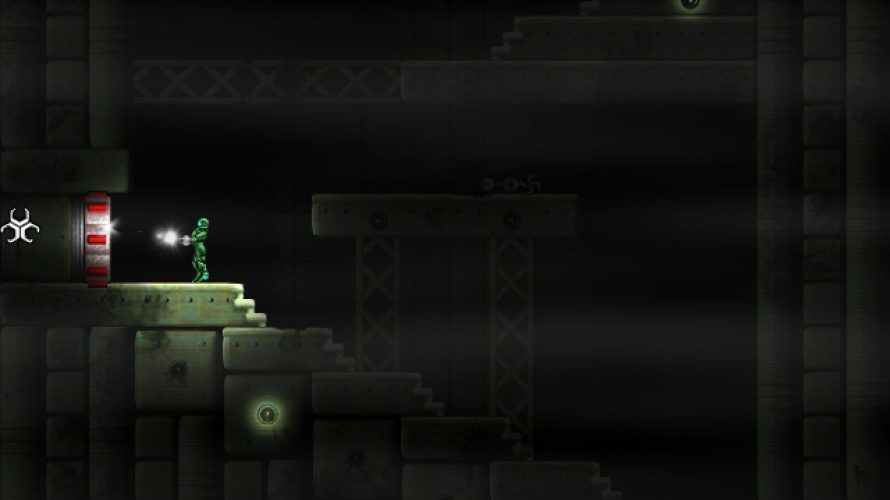 You’re stranded on an alien world, all alone and your only means of defense is a basic beam gun. Hardly the greatest odds, that’s for sure, so maybe exploring that abandoned research facility – dangerous as it may seem – is not a terrible idea? Or maybe it is, but at this point, you don’t really have a lot of alternatives.

I’d say it’s safe to call Ex Vitro a Metroidvania game, because not only does it mix combat with non-linear gameplay and places great emphasis on exploration, but it also has that typical ‘you can’t go here until you’ve acquired a certain upgrade/piece of equipment’ – just the way we like it! Oh and enemies. Lots of enemies and they are quite deadly too.

Ex Vitro is a nostalgic throw-back to the early days of console platformers, full of challenging enemies and obstacles.

No kidding. I’d say it’s similar to Super Metroid in more than one way, including the fact that you can’t open certain doors without a specific weapon and.. let’s face it, that spin jump has Samus Aran written all over it. So do yourself a favor and try the beta, available from the Ex Vitro IndieDB page. And don’t forget to watch the trailer either.