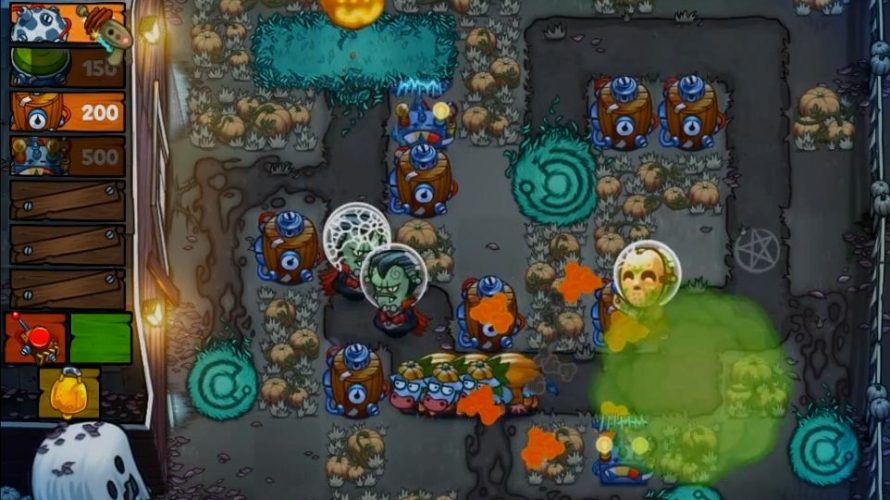 Beware Planet Earth! takes the tower defense genre and goes to town with it: You have to protect cows from aliens, and your ‘towers’ are an assortment of completely over-the-top inventions and weapons! Oh you want proof? There’s a talking outhouse in the game! A talking outhouse… I do so love when developers actually create something unique (and crazy).

With 46 levels, achievements and 18 challenge stages, there’s plenty of cows to defend, but I already covered the game in my launch article, so let’s get to the point instead: What’s better than a sale? A permanent price drop! Beware Planet Earth! recently had its price reduced to €7.99/$9.99. This obviously makes it a more attractive deal and not just that, but the first piece of downloadable content (DLC) is also out. It’s Halloween themed (spoooooky) and can be found by clicking the newly added “BONUS LEVELS” in the main menu. Price? Free! There’s a total of five levels in it, along with new types of aliens to zap and a trio of achievements to unlock – not bad at all.

A game development company must however make a choice in their DLC policy; they must decide whether the DLC will be a new product to purchase or will be available for free.

They’ve put together a paragraph or two (or three?), on their policy regarding DLC in Beware Planet Earth!, and explained why this one’s free, among other things, which can be read here. If you’re eager to save them cows from those nasty aliens, here’s a link to the demo, while the full version can be purchased from no less than eight digital stores, including Desura, GamersGate and Indievania. While the DLC is not part of the demo, you need look no further than the trailer below for a glimpse at the spooooooooky update.