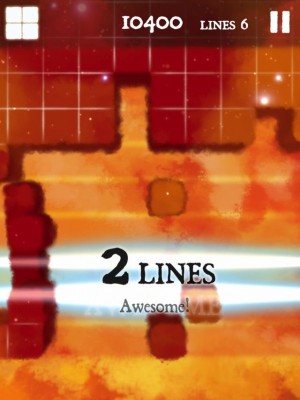 Chances are you’ve played one version or another of the classic falling blocks game, Tetris, but what if gravity was reversed, and the blocks fell up instead of down? Say hello to Dawn of Play’s Dream of Pixels, a new iOS game that literally turns the tried-and-true formula upside down.

Even though it plays in reverse, the objective remains unchanged: Form lines to clear them and avoid filling up the entire screen, or the game will end. It’s the kind of simple, yet likely quite addictive fun, that makes me wish I had an iPhone, iPod Touch or iPad, but maybe they’ll port it to PC at some point? You never know!

Sounds like there’s plenty of bang for your buck, which is ironically also the price tag of Dream of Pixels on iTunes; during the launch sale, at least. Not entirely sure why they used the term ‘unpacking game’ to describe it though, but be sure to check out the trailer below to get a glimpse of the game in action, and for more details, head over to the developer’s website.