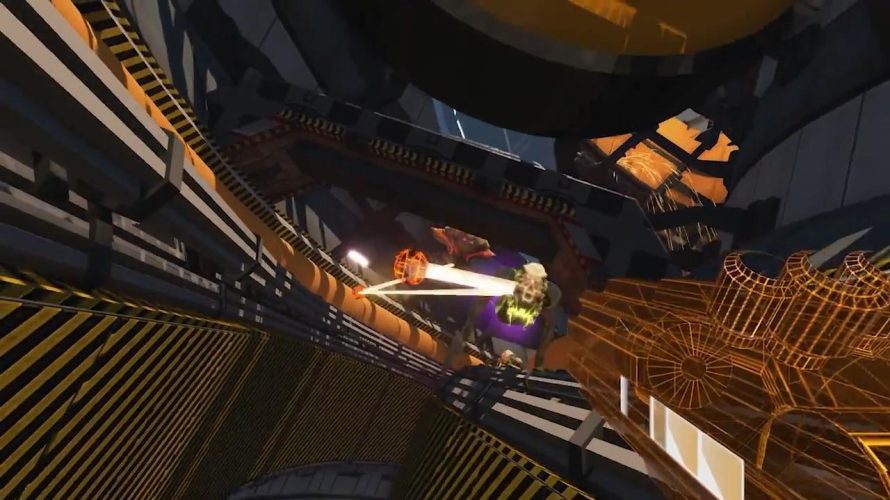 Retrovirus pits the player as an antivirus in a genre that really doesn’t get much attention these days: six degrees of freedom (6DoF)! Your mission is to destroy a virus (surprise!), which in this case means lots of fast-paced combat along with puzzle solving and exploration. Not quite how I thought antivirus software dealt with viral infections, but hey – it’s a video game and Cadenza left ‘realism’ out of its description for a reason.

The developer seems fully aware of the fact that twice the firepower means twice the fun, and as such, they’ve included a co-operative mode, which lets you bring a friend along to blast that nasty virus – or die horribly trying. But single player is not all there is either since competitive multiplayer is also featured in classic modes like Deathmatch, Team Deathmatch, Domination and.. wait, MOBA?! Now that sounds interesting: MOBA in a 6DoF game!

Keep in mind that this is a beta release, however, so expect bugs and content missing – at least from the only multiplayer component because the single player is fully implemented. Don’t feel like paying for a beta? You’re gonna need a bit of patience then because it won’t be out until sometime early next year.

If you don’t feel like waiting, the beta release can be picked up on Desura for €15.99/$19.99 (currently 10% off). Be sure to check out the developer’s website for more details, and/or follow them on Twitter.

Facebook Twitter LinkedIn Pinterest Tumblr WhatsApp Telegram E-mail
Previous article This Time the Blocks Fall In Reverse: 'Dream of Pixels' Is Out On iOS
Next article The Wizard, Warrior and Thief Have Arrived On Wii U In 'Trine 2: Director's Cut'