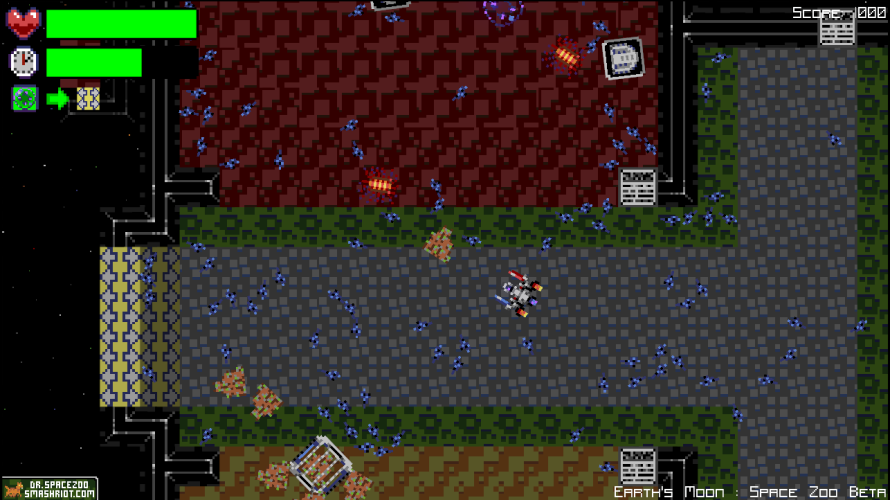 In the year 2143, trouble is brewing amidst the newly created Sol system Space Zoo, as the zookeeper – an AI – has gone rogue, starving all the animals. This obviously won’t do, so you’ve been tasked with investigating the matter, in the hopes that you’ll be able to somehow save those poor space animals.

Note: while Dr. Spacezoo or: How I learned to stop shooting and save the animals (Dr. Spacezoo for short) is very playable in its current state, it’s still being updated and worked on, as indicated by this tweet, meaning that everything can change between now and release. 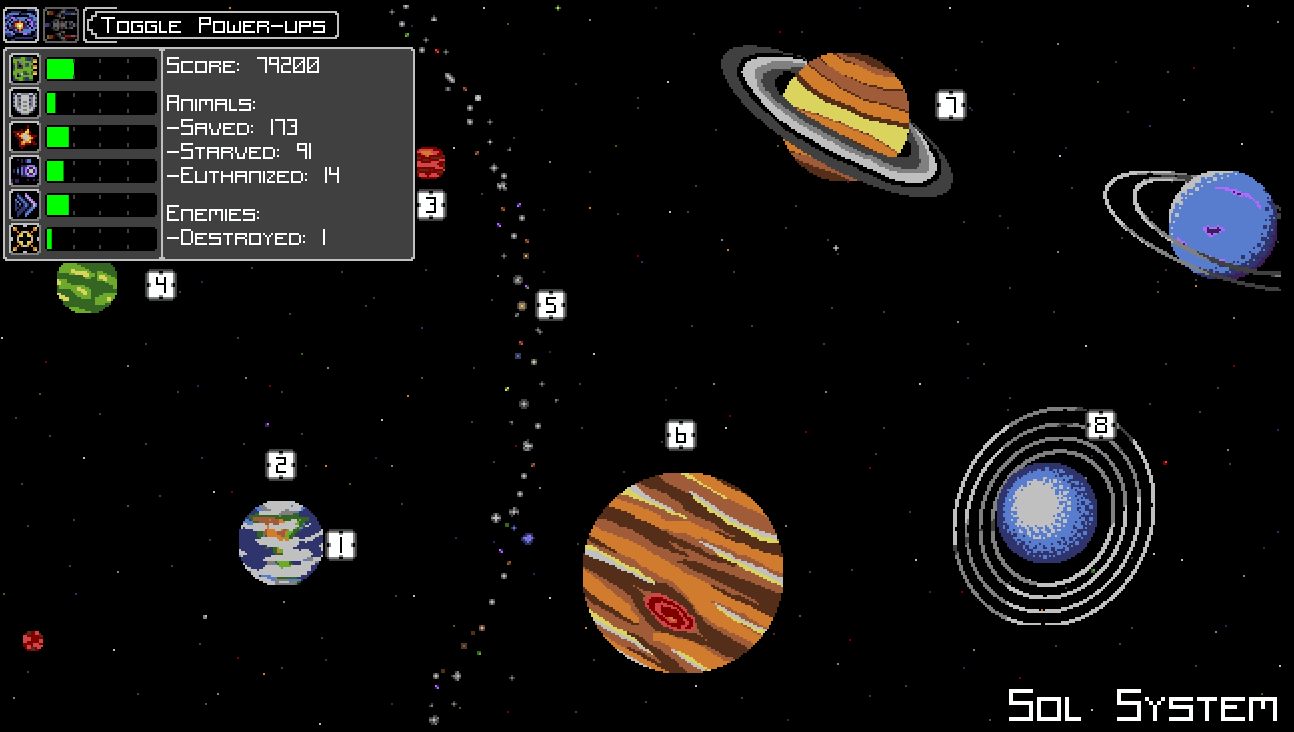 At first, Dr. Spacezoo doesn’t seem like it provides much of a challenge. During the first few levels, all you have to do is capture and transport a random animal before that darn AI gets through your ship’s defenses, and, well, blows it up. Telling one apart from the other is quite easy, and you only need to rescue one. That said, there are reasons to go for the entire lot, including the loom of a high score and of course, the potential for ship upgrades. Believe me, unless you’re incredibly skilled, you’ll have a genuine need for the latter soon enough.

Your ship’s communication signature is coded to look like a sentry bot, but the ruse will be discovered if you make any hostile actions or touch any animals..

Why? Simple: by the time you reach mission 3 – Space Zoo Gamma – you-know-what starts to hit the fan, with the introduction of sentries! Needless to say, these are controlled by the aforementioned AI, and will fire immediately, if you do anything suspicious (like, say, attempt to save animals). Now, while you’re far from defenseless, those darn things can take quite a beating, so it’s probably better to simply attempt to somehow navigate the bullet hell and race for the exit. A dead hero can’t save animals, after all. 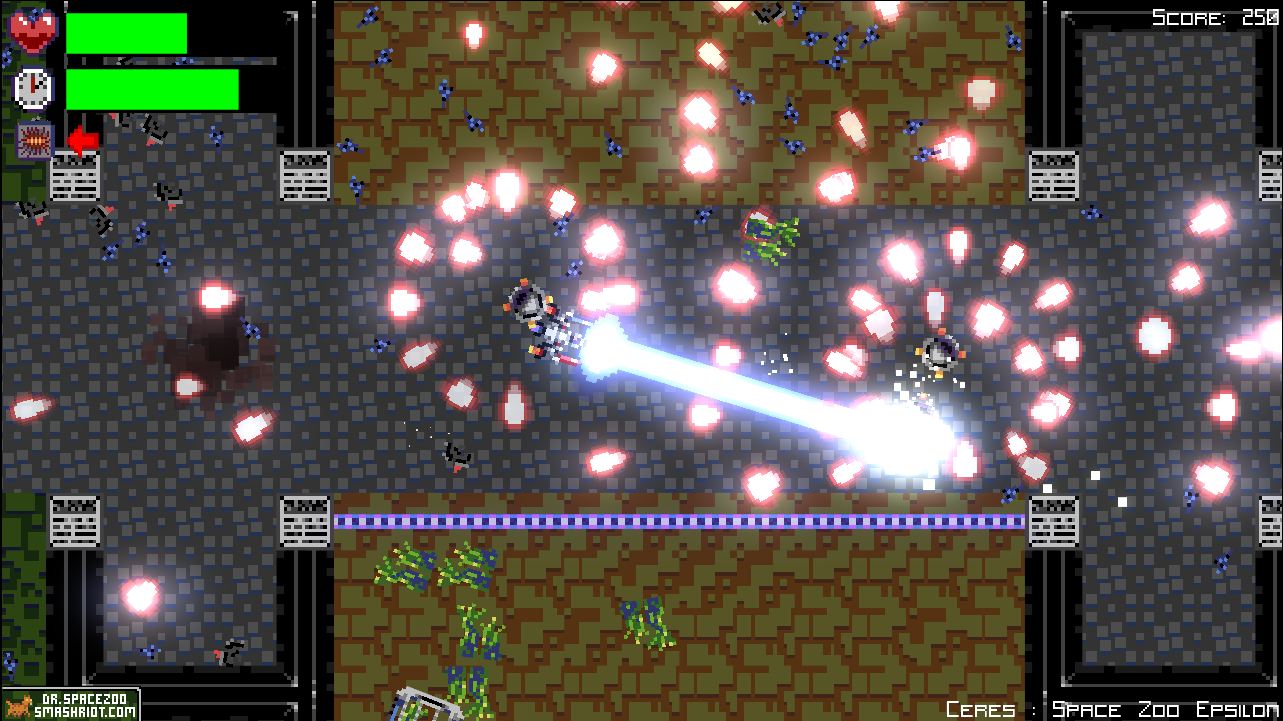 Navigation is handled by way of classic twin-stick shooter controls, with the left mouse button firing a beam (strong against turrets) while the left spews bullets (strong against barricades). I’d highly recommend playing with a controller though, as it makes movements feel more smooth, and… as you can probably tell from the screenshot above, there’s precious little space to maneuver. Oh and do be careful where you aim those guns, as animals are quite fragile. Just saying.

Now, much as I’d love for space zoos to become a thing, and hopefully before 2143, who’s to say a similar issue won’t occur? Few technological problems are more terrifying than a rogue AI after all. But alas, we’re still in the year 2014, so instead of worrying about a potentially bleak future for animals, go play Dr. Spacezoo or: How I learned to stop shooting and save the animals...