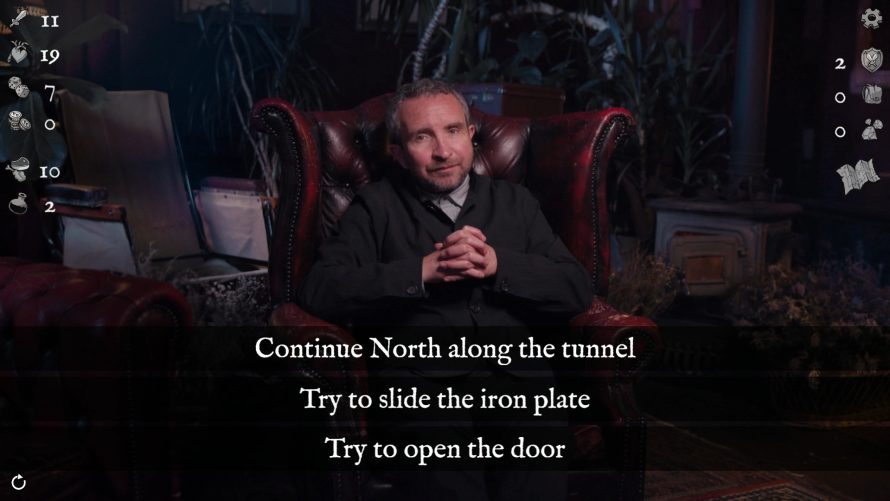 Deathtrap Dungeon: The Interactive Video Adventure. There’s a mouthful of a title for ya, and a game eagerly anticipated by so many Fighting Fantasy (and gamebooks in general) fans. While this isn’t the first time Ian Livingstone’s classic, Deathtrap Dungeon, has been turned into a video game, it is most certainly the most unique and interesting take on the source material. I mean… gamebook turned interactive video! How cool is that? Very. Very cool.

That said, while I have no doubt Eddie Marsan – as the narrator – has done a superb job bringing every last paragraph of Deathtrap Dungeon to life, one small detail did catch my eye and hopefully, I am wrong in my assumption here. What am I going on about? Well, just a tiny thing. Something that is likely part of the experience, even if no mention has been made of it anywhere, far as I can tell: subtitles! Accessibility is a huge deal for many in this day and age after all, and a project like this really needs to be experienced by as many as possible.

Right. Anyway, once you’ve entered Baron Sukumvit monster-infested labyrinth, there’s only one way to proceed: forward. Through monsters and traps aplenty, encounters decided by a mix of dice rolls and grueling decisions, life and death determined entirely by player-made choices at each and every intersection. From what I recall of the original, we’re in for one helluva challenging journey here, and one that doesn’t truly end until the player has bested Deathtrap Dungeon‘s two sequels, Trial of Champions and Armies of Death, but that’s for another time (and the developer has all but confirmed plans to turn those into a similar experience, down the road). 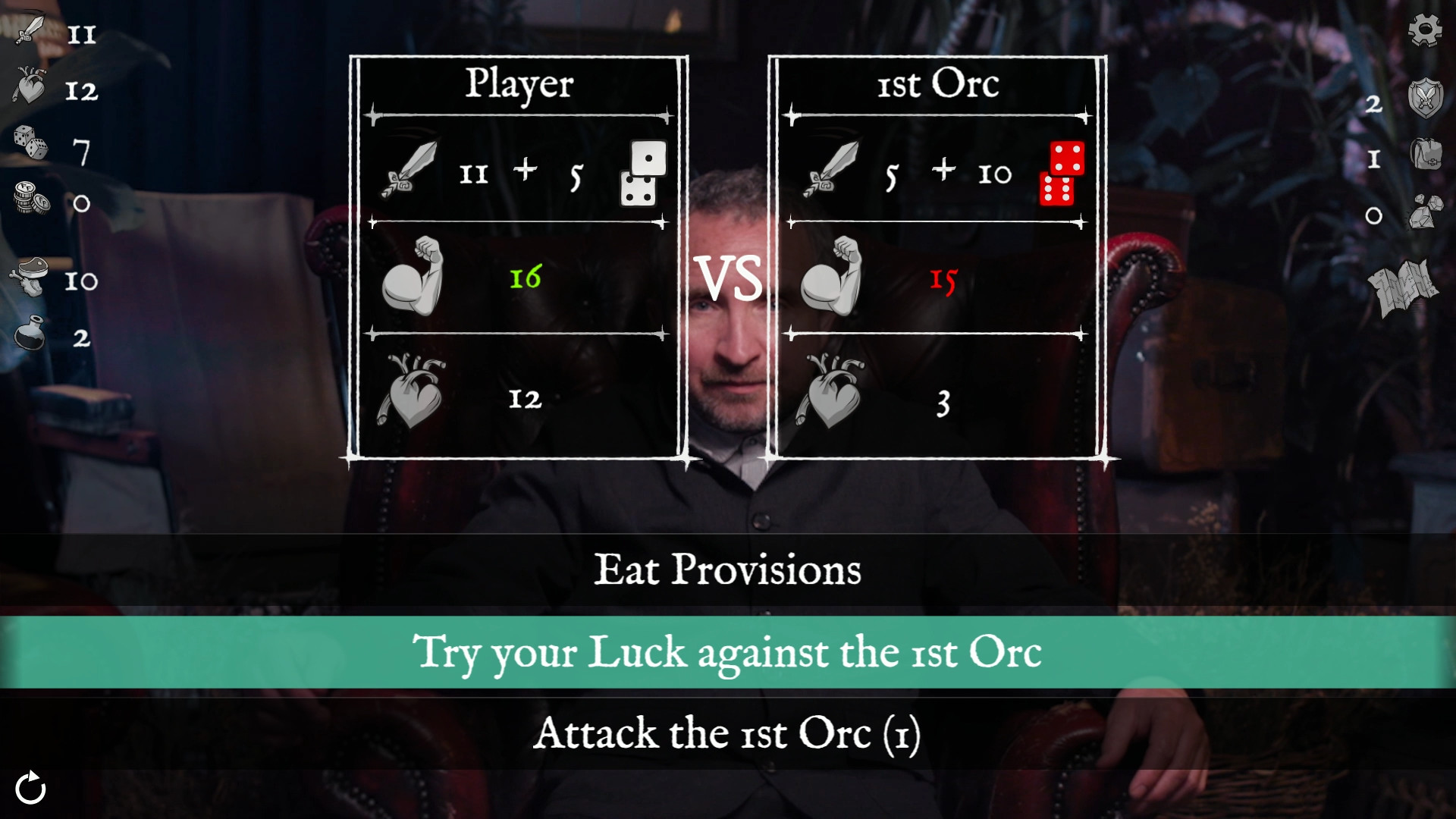 With a nice and clean minimalistic UI that only really fills the screen when the player has to take action, it sure seems like they’ve got the format down at least, the game pausing whenever player interaction is called for, inventory and map seemingly readily available at any time – just like the original gamebook! A handful of quite interesting (and useful!) bits and pieces unique to this adaptation will be implemented during its planned 1-2 month Early Access period, however, including “an all-new simplified battle mechanic” and “the ability to revisit anywhere on your previous route when you die”. Video content is also in a not-quite-finished state at this point, so do keep that in mind if you plan on picking it up prior to the release of version 1.0.

Deathtrap Dungeon: The Interactive Video Adventure - Gameplay Clips
Facebook Twitter LinkedIn Pinterest Tumblr WhatsApp Telegram E-mail
Previous article Tactical Fantasy Affair 'Battle Brothers' Next DLC 'Blazing Deserts' Will be its Biggest Yet
Next article Step Into the Shoes of Tanya and/or Olga in 'Infinite - Beyond The Mind' to Demolish a Tyrannical Kingdom