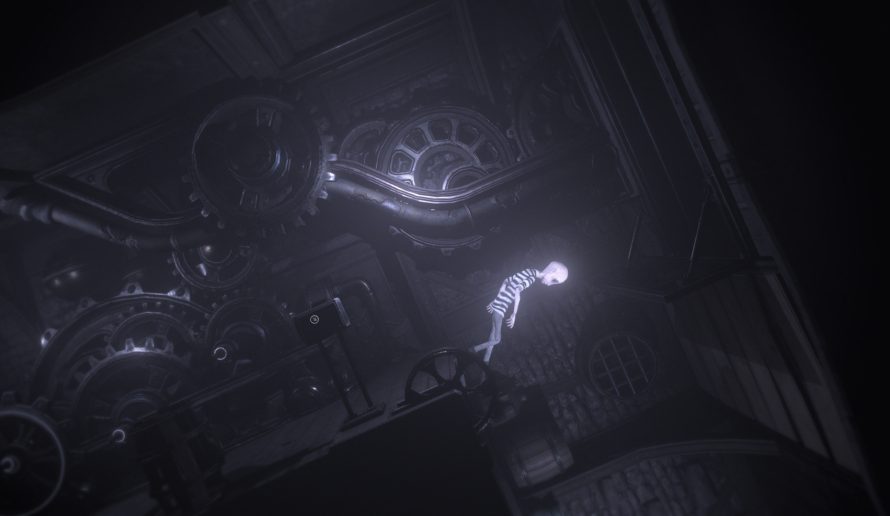 Nightmares are the worst and no one likes them. I don’t, anyway. You may feel different about that late-night sleep-disturbing phenomena. That’s okay too. Spend a few minutes in the shoes of Lloyd, DARQ‘s protagonist, and you’ll likely come to realize just why I see them as something horrible, poor fella stuck in a literal dream-turned-nightmare, unable to wake up. There is hope yet, however, as the laws of physics bend to his will in this twisted… dreamscape.

That said, Lloyd still won’t be able to simply lay waste to those who stand between him and solving this rather dangerous conundrum, stealth being the most viable option for dealing with hostile creatures. By far. Sure, trickery and environmental manipulation will get him far, but open confrontation? No chance of victory. These pesky things are simply much too fast and powerful. Prioritize planning over pounding and Lloyd just might make it to the credits in one piece. No guarantees, though.

Seeing how tension-building and anticipation are, according to its creator, prioritized over cheesy jump scares and gory encounters, at least players will have plenty of time to take in the scenery. Which is a good thing because there’s a lot to take in here, as you go about walking on walls, rotating rooms, and what-have-you, in order to remain just out of sight. Because, the moment that you get caught out in the open, that’s it. I think. Maybe you’ll have time to escape in DARQ? Maybe you won’t. One way to find out. Welcome to your nightmare.

DARQ is available on Steam and GOG.com, carrying a $19.99 price tag.

DARQ - Release Announcement Trailer
Watch this video on YouTube.
Facebook Twitter LinkedIn Pinterest Tumblr WhatsApp Telegram E-mail
Previous article Will You Serve Royalty or Forge Your Own Path in the Vast Open World That Lays Before You in 'Queen's Wish: The Conqueror'?
Next article Fast-Paced Virus Fighting Enters the 2.5th Dimension in 'Exception'