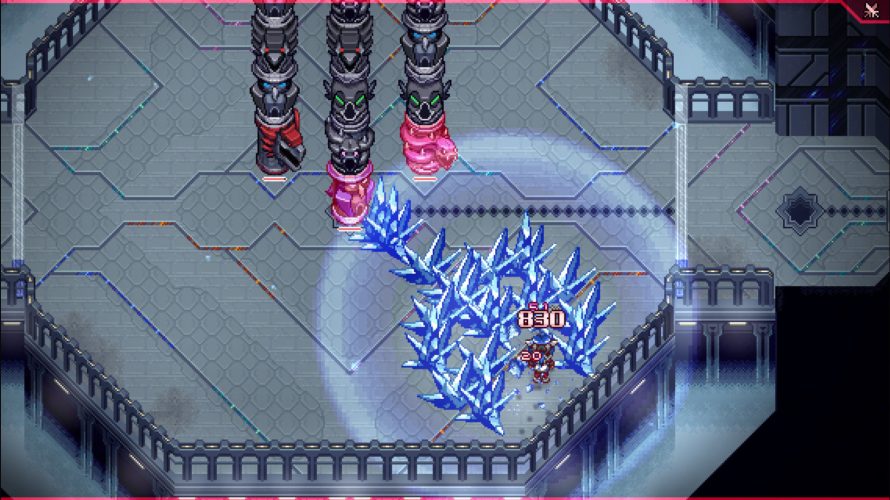 It feels like Lea’s journey through CrossCode started only yesterday, and yet, it actually began several years back… before being available in its entirety come late 2018. Well, provided we ignore the fact that the upcoming piece of DLC, CrossCode: A New Home, is a direct continuation, that is. I think that’ll be it for Lea’s story though. For real this time.

As for what to expect… simply put, more of everything! New enemies, bosses, puzzles, music, words(?), and apparently, balls. More balls. So many balls. Oh, and the biggest dungeon in the entire game, as well as something about finishing The Raid. What else? Let’s see… how about being able to run over water or reuniting with old friends? Yeah.

Lots to see and do here, I’d say. In fact, some might even claim there’s enough in CrossCode: A New Home to “entertain you for about 8-10 hours”. Why did I put that last bit in quotation marks? Oh right – that’s a claim from the developer, taken from the game’s Steam page. Not me. DLC ain’t out yet after all, so I couldn’t possibly know such a thing. So, ya ready to finish the fight?

CrossCode: A New Home will be hitting Steam come February 26, 2021. Consoles? This summer.