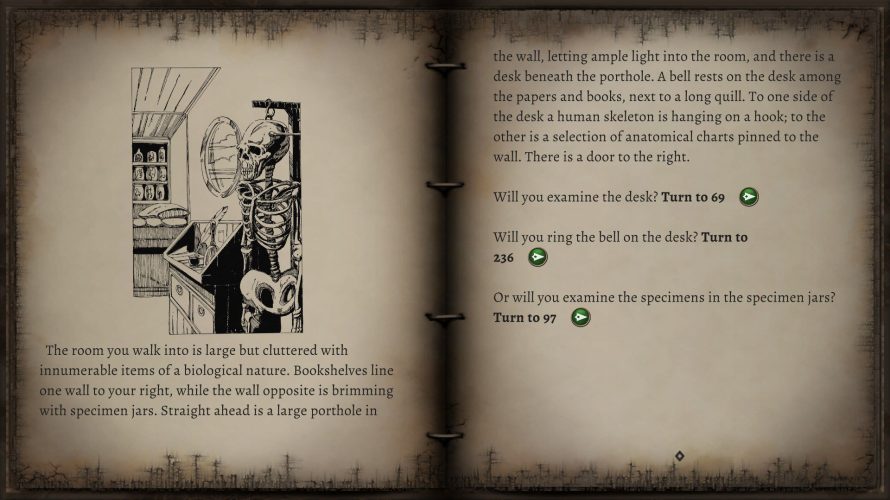 Zharradan Marr is up to no good, seeking invincibility by way of Elven magic, and he isn’t exactly asking for permission to borrow their well-guarded secrets. Unless someone stops the evil necromancer, he could very well end up taking over the whole of Allansia. But who’s going to do that? You, a beast ruled only by hunger and rage? I mean you are after all the Creature of Havoc, and the road ahead is filled with traps and terrors. So… well, maybe?

Provided the dice roll in your favor, and that your STAMINA does not fail, for this is very much a classic Fighting Fantasy gamebook… with a unique twist or two (as is often the case). See, while combat does also feature in this entry of the popular franchise, you are not entirely at the mercy of the dice. At least, not in the traditional sense, as rolling a double when rolling for your Attack Strength lets you land a blow so mighty, most opponents will perish from it. Guess being a fierce creature with no knowledge of your past or destiny does have some advantages.

Advantages you are definitely going to need, as Creature of Havoc is “one of Steve Jackson’s most challenging gamebooks in the series”, and if memory serves, rightfully so. I mean, the franchise does have a reputation for being quite brutal with its maze-like design, dead ends aplenty, but I do recall it being on par with the likes of House of Hell, meaning this is going to take some clever navigating (and dice rolling) to survive. 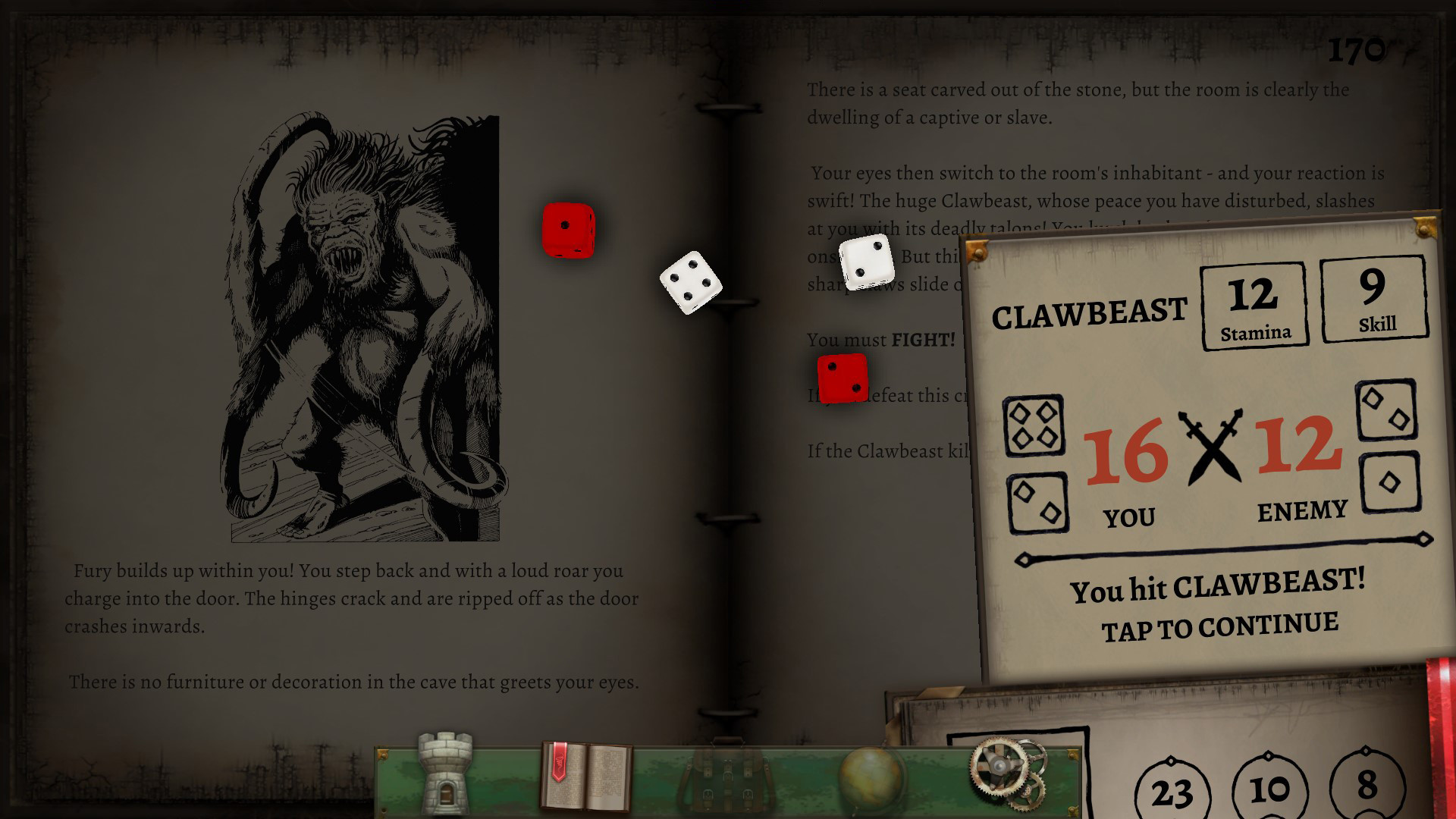 See, unlike certain other Fighting Fantasy adaptations, every Fighting Fantasy Classic entry does things by the book, in a manner of speaking. The only noticeable changes are quality-of-life improvements: Free Read mode lets you, well, cheat, while the addition of a map makes it much easier to figure out where you have and haven’t been, and across every playthrough too. On top of all that, how about a groovy soundtrack and sound effects – something not part of the original, for obvious reasons – and hey, an automated adventure sheet? No more fiddling with, pen, paper, or a pair of dice! Gotta love Tin Man Games‘ Gamebook Adventures engine.

Last but by no means least… may your STAMINA never fail!

Creature of Havoc (Fighting Fantasy Classics) is available on Steam, Google Play, and iPhone/iPad, with a $3.99 price tag.