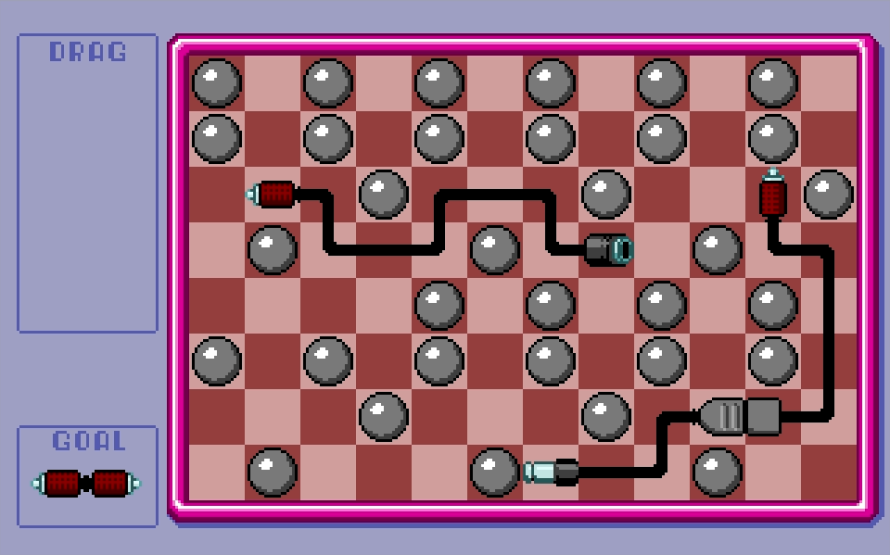 Meet Jim. Jim is an employee at Connector World, and a lazy one at that. So much in fact, that he’s decided to ‘outsource’ his work to… well, you. Actually, his reasoning is that you seem to think his job is some kind of game, which is just plain weird. Whatever the case, it’s time for you to connect a bunch of wires.

Everything starts out simple enough, with only a few connectors to manage; nothing too taxing. It quickly escalates to involve crazy stuff like metal balls, however, and wires won’t pass through these. But again, nothing too fancy, even with multiple [connector] types to choose from. Oh, and they can all be extended indefinitely, so realism has gone right out the window at Connector World. Almost makes me wanna work there. Almost. Not really.

You don’t get to stay in that ‘this is almost too easy’ zone for long though, as all of a sudden, the game throws a genuine curveball, adding soldering to the formula. This was also where I called it quits, as things got too complex for my puzzle solving skills. Not that it wasn’t fun up to that point, because it most certainly was – I’d just experienced enough to get a proper impression, which is exactly what I wanted. 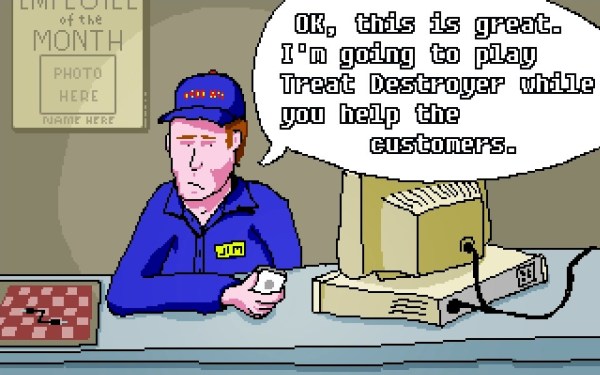 Anyway, while fun, Connector World isn’t quite flawless, as its controls could really do with some tweaking. Adjusting the length of a wire worked fine, but dragging stuff around on the screen felt clunky at best, as the game would often misinterpret that action. Although since the game is without any kind of time restriction, this really is a minor issue in an otherwise entertaining puzzler. Also, did I mention it’s free, created in 48 hours during Ludum Dare 30? Now go connect those connectors and wire some wires!