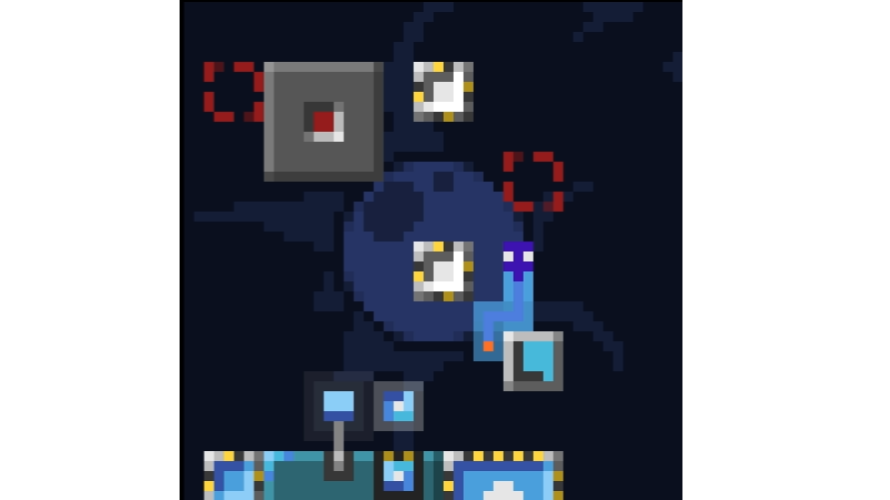 Ever wondered what Snake would be like, were it a 2D platformer? Because that’s the best way to describe Coil, which has you playing the part of a snake with a thing for shiny light blue boxes. Probably because they cause a growth spurt, allowing him/her to traverse otherwise inaccessible terrain. How’s that for a unique twist on the classic?

Like the real deal, this snake is also able to slide up smooth surfaces, moving his/her body in ways that no human can. This may not seem like something that’d pose much of a challenge at first, as the game starts you off with but a few basic platforms to climb. But it’s not long before switches and enemies are introduced, at which point the difficulty ramps up noticeably.

Fortunately, mid-level checkpoints are a thing, along with an uncanny ability to (kinda) defy gravity. See, unless there’s nothing solid underneath the end of your tail, you won’t fall. Were that not the case, traversing gaps would have been nigh impossible, but as it stands, you can simply ‘bridge it’. Same goes for climbing higher and higher, although be sure to keep an eye out for hostiles, as one bite could very well bring your progress to a complete halt. A short snake won’t get far, after all. 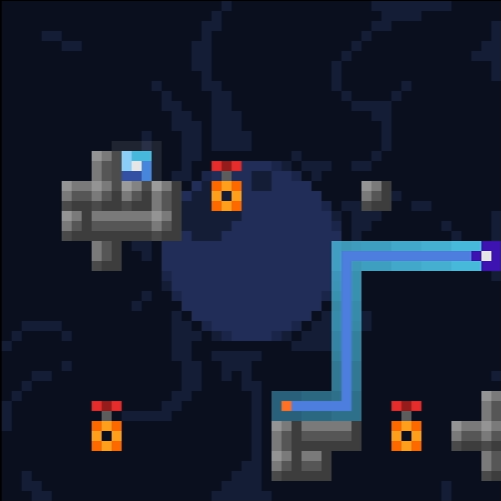 Because of those punks, you’ll have to think fast and react even faster, pulling your entire body out of harms way as you slide along. It’s by no means easy, even if the controls are both simple and precise, as my frustration with the fourth (of sixteen) level proved. Kept getting gobbled by patrolling enemies, losing too much length, so I decided to call it quits right then and there. At least you don’t have to worry about biting your own tail in this game, which does make pulling off those acrobatic moves easier.

Potential frustration aside, what I did experience of the game was rather enjoyable, pixellated visuals and funky music included. Plus, as I mentioned earlier, it’s quite a unique spin on the classic Snake game, if nothing else. So… what say ye head on over to the Nitrome website, and take Coil for a spin?