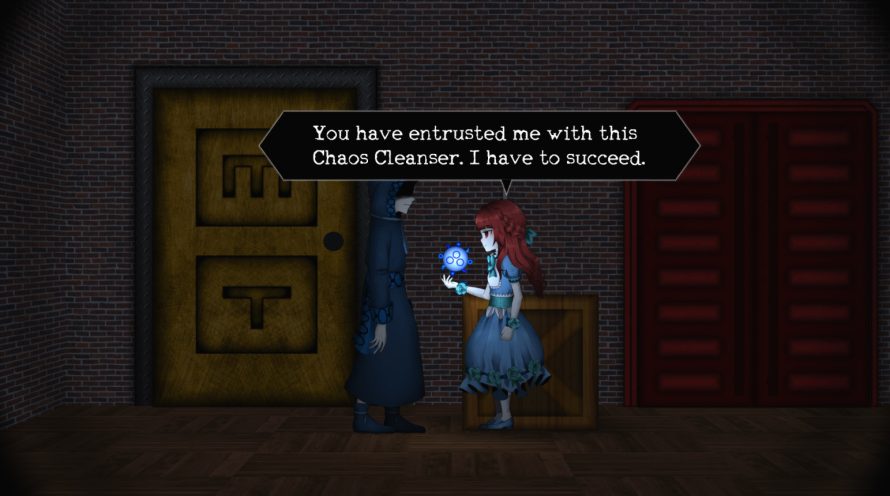 It’s time to return to the Whitlock Mansion! Or at least it will be in a few days when Clea 2‘s Clea’s Quest update goes live, adding a brand new mode to the sequel filled with random curses and crystal collecting. Getting the best ending is going to be challenging, but with a little practice…

Actually, that should probably read ‘with a lot of practice and a little luck’, given the randomness of each attempt. See, as players progress and locate and purge ever more Chaos Crystals, the War Maiden’s curses come into play, one by one, increasing the overall difficulty and intensity. The option to escape with however little or much has been acquired is, fortunately, always an option, at which point one of several endings will be presented based on the number of crystals purged. Nothing overly complicated, I’d say.

The Whitlock Mansion is filled with negative memories. Grief, anger, regret; feelings that allow chaos to brew. Clea, under the guidance of her new arcane teachers, have returned to purge this chaotic energy.

Except those aforementioned curses come in a wide variety, like the troublesome Acid Rain which makes it so the player can not stop running, alerting all nearby enemies, and some that are far simpler yet also a hassle, like, say, Omen Mirror, which makes it so movement controls are reversed. Since these are all randomly picked each run, there’s no telling what will happen as a new best is attempted, and even though it is a purely cosmetic outfit, the Blessed Dress is still quite the reward… for those who can get the best ending.

All that said, dates! Somewhere between ‘late July 10th’ and ‘July 11th’, depending on your timezone – on PC. Switch and Xbox? Once builds are approved.

So, who’s excited at the prospect of more Clea 2 content?