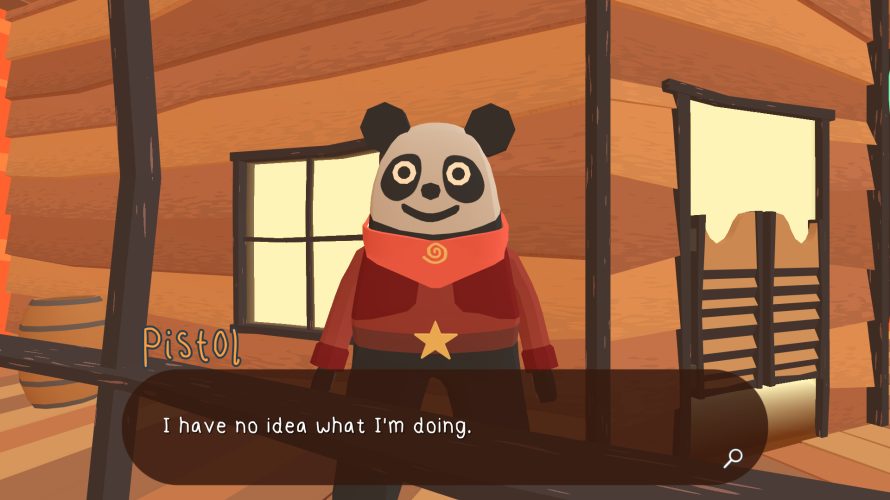 It’s time for the final chapter of the thrilling Frog Detective saga, starring everyone’s favorite second-best detective, in Frog Detective 3: Corruption at Cowboy County. Seeing how its two precursors sold 500,000 copies, a third entry was a no-brainer, I’d say. But why the wild west? Why indeed.

Well, moving on from that… much like the other games in the soon-to-be-trilogy, this too is a first-person mystery game which has you playing the part of The Detective (no, really), doing frog stuff like talking to people, gathering clues, putting the pieces together and cracking the case wide open. While avoiding someone cracking your case wide open. Or something. The west is wild, man.

In the exciting series finale, The Detective and Lobster Cop are tasked to solve the conundrum of a sheriff-less county.

Like so many mysteries before it, this one also starts out rather simple – only to have something happen, causing the entire case to spiral out of control, a sinister scheme unfolding before our protagonist’s very froggy eyes. Bet ya it has something to do with corruption and cowboys, although I’m not quite sure exactly where I got that from. Frog’s intuition?

Frog Detective 3: Corruption at Cowboy County will be available on Steam and itch.io, at some point throughout 2021.