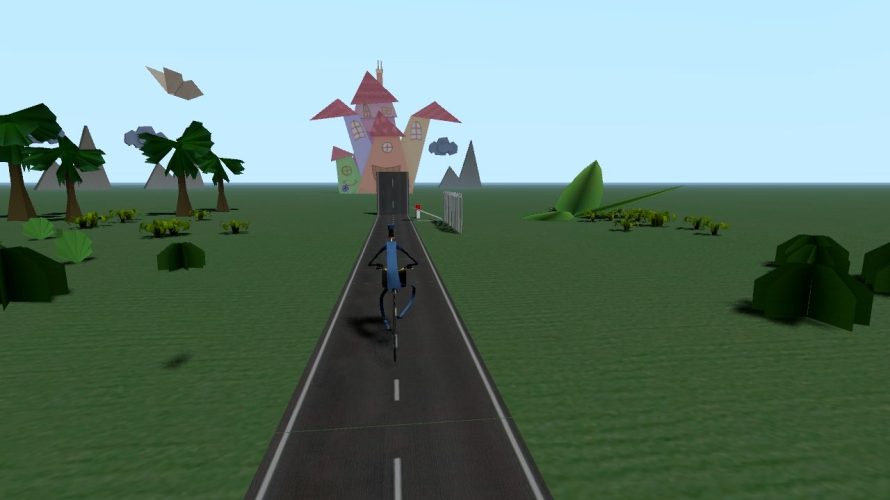 It’s a beautiful day in this stylish papercraft world. Skies are clear and the sun is shining; too bad you’re stuck delivering mail! But in a clever twist, your character is more than happy to alter the contents of each letter… for better or worse! Are you going to be a good mailman, or one who ruins lives?

As the game begins, you’ll be introduced to the people who make up your route. Each has a particular problem, and during each delivery you’ll learn more about it/them. They’re quite a varied bunch, too. First we have Diane, who’s worried about her friend in Mexico. Then there’s Jean, whose parents despise his brother, and would love to see him gone. Rounding up this troubled bunch is François, a kid with some serious health issues.

Man, talk about a varied and troubled bunch! But this is where you get to shine (or wreak havoc). You have one week to either change their fate or leave them to it, by messing with the mail each day. While the number of ‘alternate letters’ is somewhat on the short side, the impact of each choice is easily noticeable. Just keep in mind that while being a mean jerk can be fun, papercraft or not, these are real people (not really), and you’ll have to face the consequences the following day – for an entire week!

Or you could do nothing and simply let life take its course. Wait, no. Forget I said that. As you ride down the road each morning in Fakteur, watching trees and bushes pop up, never forget that you’re a god. A mailman god! As such, whether these people receive bad news or something to ease their burden, is entirely up to you. Just remember: with great power… and so on.