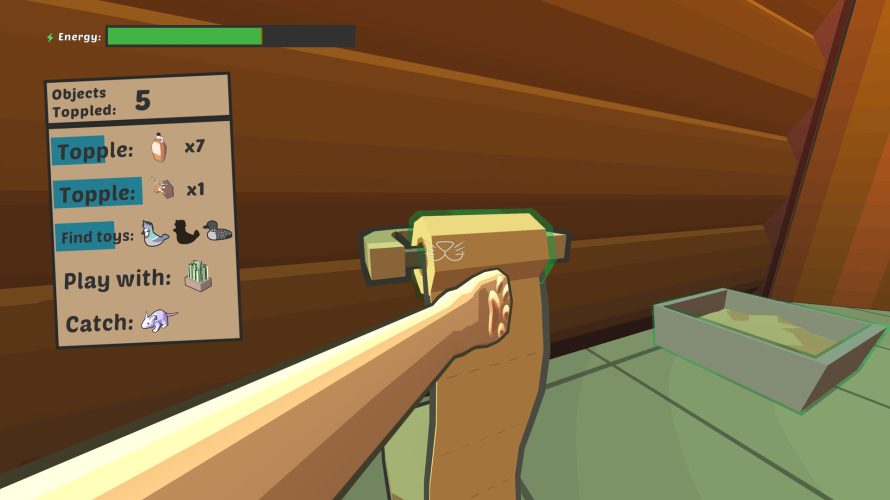 Cats… are jerks. Sure, they’re adorable little balls of fur, but make no mistake: jerks. I have witnessed this myself plenty, although it wasn’t until I played the Catlateral Damage alpha in 2014 that I got paws-on experience – which was awesome! That was seven years ago (six since the full release), however, and a lot has happened since. Cats haven’t changed, but the game has: say hello to Catlateral Damage: Remeowstered. Meow?

Meow indeed. They do say that the more things change, the more they stay the same, and it seems that also holds true for Catlateral Damage: Remeowstered. Like a proper remaster, this one doesn’t so much alter the original as expand upon it with new features and quality-of-life additions. You’ll still be wreaking absolute havoc on everything in reach as a cat, in first-person, but as far as I can tell, virtually everything else has been… well, improved upon.

Catlateral Damage: Remeowstered is the definitive edition of your favorite destructive cat simulator, where you play as a house cat on a rampage and do all that fun stuff your owner hates!

Books? Vases? Big, expensive flat-screen TVs? Curtains? Nothing is safe from your paws in this game – not even toilet paper! Perhaps the biggest and/or most welcome change is the energy bar replacing the time limit. While I did enjoy the original, the rushed feeling definitely marred the overall experience noticeably, so thank goodness that is no more. Progression has also been overhauled, much like cat models and animations, UI, animation, sound effects, and yet, as far as I can tell (from screenshots and footage), all for the better.

On the topic of progression – one could always simply opt for chilling in sandbox (get it?) mode, ignoring the challenge of completing objectives in Catlateral Damage: Remeowstered‘s procedurally generated levels. Just don’t forget that a cat’s the only cat who knows where it’s at.