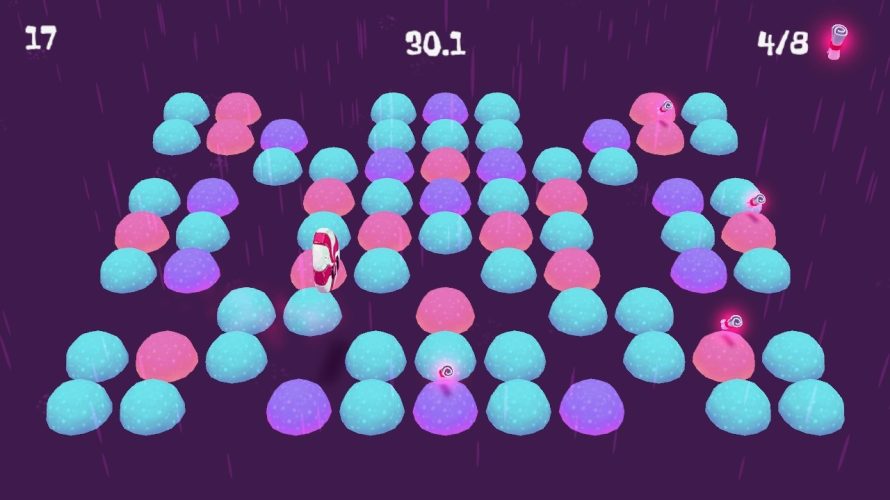 Show of hands, who doesn’t like munching on a juicy gumdrop? Exactly. Wouldn’t wanna go jumping across those things though, as they’re nowhere near sturdy enough. But alas, that’s what you’ll be doing in Candy Scrolls: Saga of the Sour King, charged with saving a number of scrolls from toxic goo. A sweet and simple task… or is it?


Eight scrolls, eight levels, one peppermint candy to rul– I mean, collect them all. Purple gumdrops! Blue (cyan) gumdrops! Pink gumdrops! So much sugar! Right. Anyway, if they were real, their color would indicate their flavor, as I’m sure you’re aware. In this case however, it signifies jump distance: blue lets you travel a single space, purple doubles that and pink triples it, sending you flying a total of three spaces.

Now, this is where things get interesting. Anyone can bounce around, grabbing scrolls as they go along, but this clever little twist means you’ll have to plan ahead; even more so if you want a 3-star rating, as that means moving as little as possible. Oh and you’re on a time limit, with gumdrops shrinking for some extra tension once you’ve got mere seconds left. Neat. 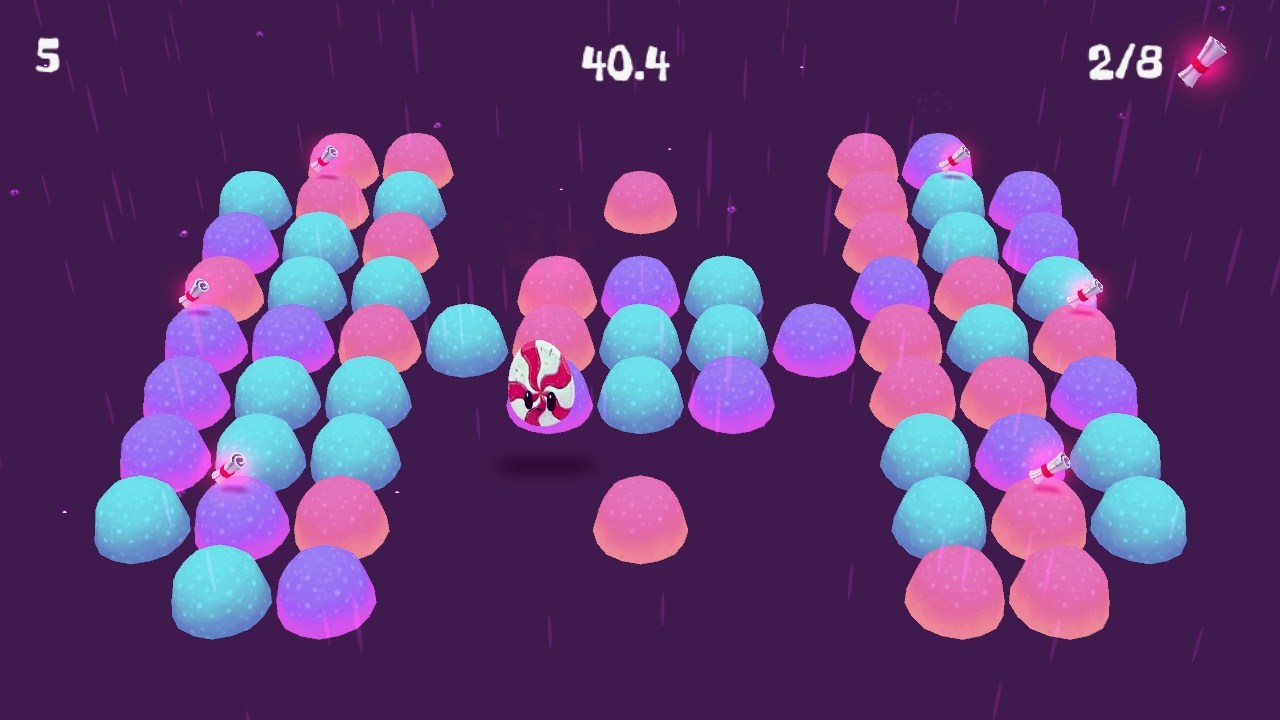 I wasn’t entirely sold on the concept at first, but once I got into a groove, planning my jumps on the fly became second nature, and after clearing the eighth level, I was hungry for more. That and I’d somehow acquired an unhealthy craving for gumdrops, which I’m sure was its creator’s intent all along. Nah, I’m imaginging things. Unless… something something dentist?

Seriously though, this puzzler should not be missed. It’s a bit on the short side, but I have a feeling that most will want to revisit levels for that 3-star rating, even if doing so yields mere bragging rights (humans are competitive by nature after all). As such, it’s time to collect scrolls and traverse gumdrops in… Candy Scrolls: Saga of the Sour King!