Holy RPG bundle, Batman! Hope your wallet’s ready for another round, because Bundle In A Box is back and it’s full of roleplaying games. These guys may not bundle indie games often, but when they do, everybody wins; especially that one lucky developer who gets the lovely Indie Dev Grant. But enough of that. It’s time for… thirteen RPGs!

Not much has changed since last time, as far as the rules go. You’ll still have to spend at least $2 to walk away with The Indie RPG Bundle, or part of it, rather. If you want all thirteen games (and the box), dig a bit deeper and beat the average instead. It’s a simple mechanic that plenty of other bundles use, and it works. Want a sample? Pay the minimum. Hungry for more? Beat the average (BTA)! Oh and since some people – who shall remain nameless – weren’t listening last time: please don’t try to hide in the box. Trust me, it doesn’t work.

Wow. So yeah, thirteen. That’s a lot of games. Rarely has a bundle been this big; bet they had to have the boxes made especially for this one (last box joke, promise). Eight for the minimum, five more if you BTA. Kyttaro Games did a great job at digging up a bunch of lesser-known titles too, as even I am only familiar with but a few of them. Doesn’t mean they’re bad though, and honestly, it’s refreshing to see a bundle that isn’t all about promoting already well-established titles. Bring forth the hidden gems!

Alright, one last thing, then I’ll unleash my content listing: don’t forget to vote! What? No, not on Greenlight. Oh wait, hang on, I must be tired. Two of the included games are actually on Greenlight at the time of writing, but I was referring to “who gets the Indie Dev Grant?” (more details here). As for which games are on Greenlight, well, check out the list below.

(Note: game descriptions are taken from the press kit). 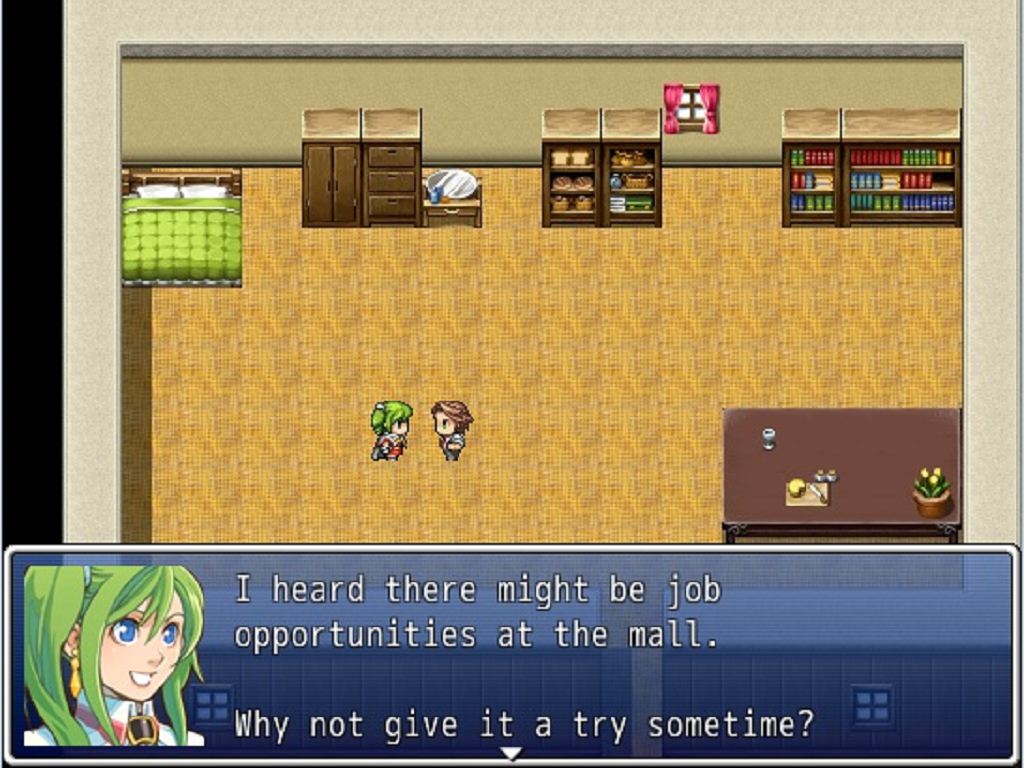 Unemployment Quest
Unemployment Quest is a game created out of a desire to express the reality seen by the designer, Charles DeYoe. Early on in development, it was also decided that a positive spin should be added to make the game fun to play and also potentially give players hope, rather than wallowing in bleak despair.
Windows – Desura/DRM-free 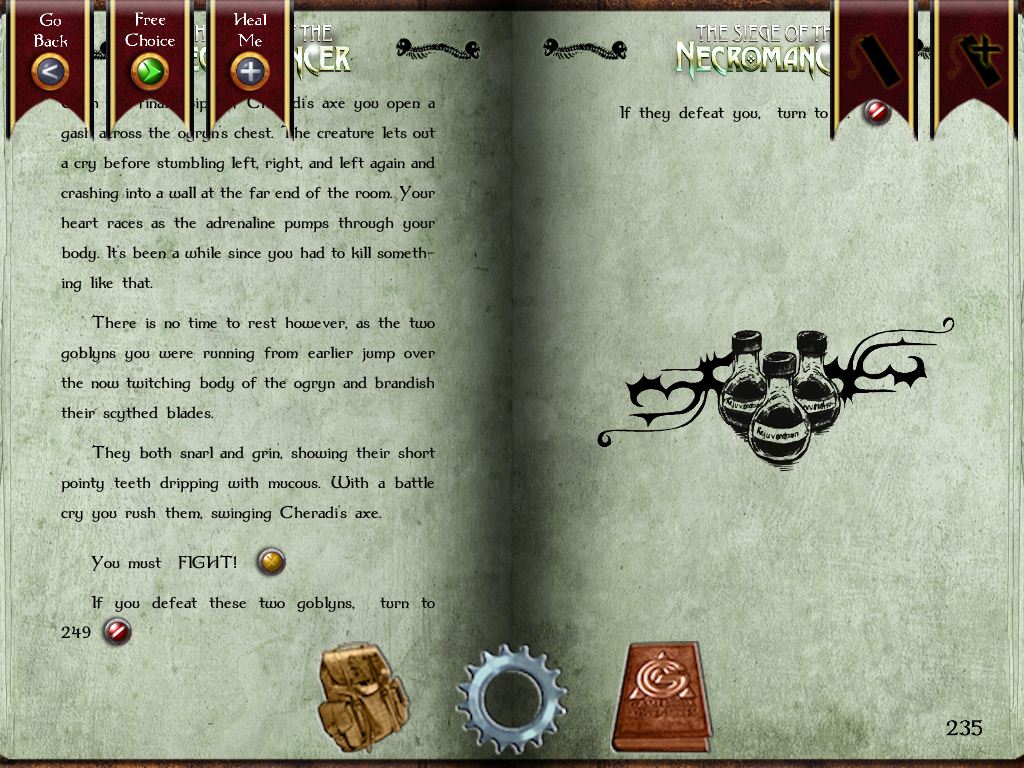 The Siege of the Necromancer
Set in the coastal town of Myr, you have returned home after a long Summer in the mines of Durath Tor to find your hometown besieged by strange creatures. A dark presence has taken over the town and you are the only one who can rid the stronghold of Erid Buul, the mysterious new Lord and his ghastly cohorts.
Windows/Mac – Desura/DRM-free 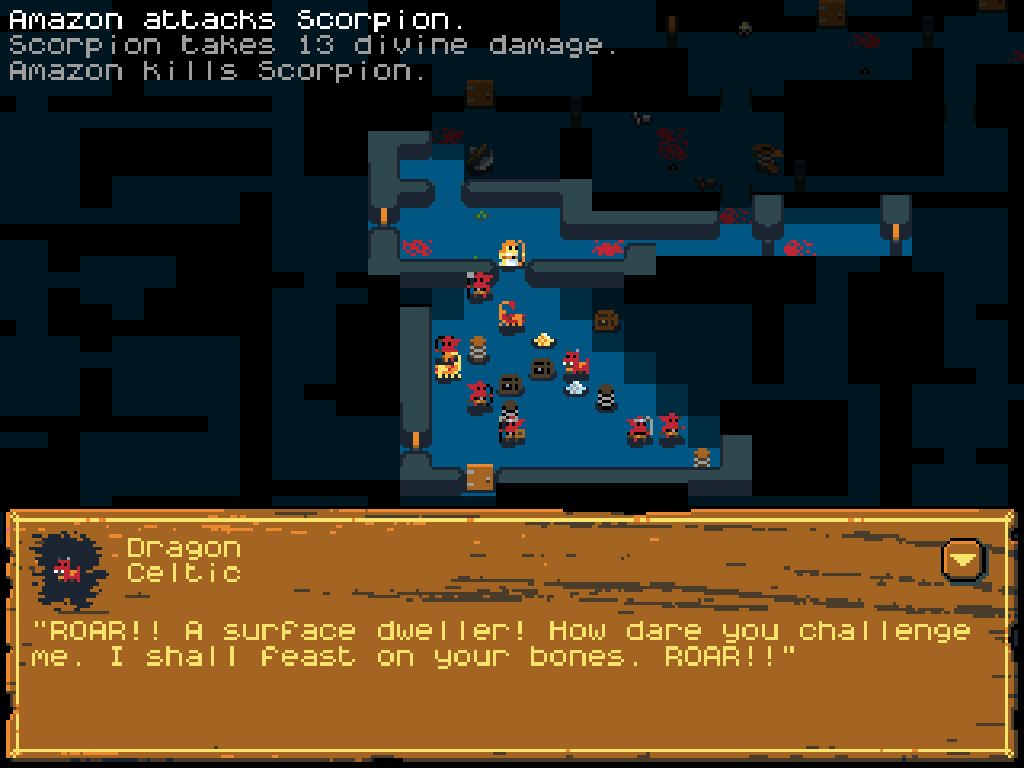 Hack, Slash, Loot
There are dark places in the world inhabited by evil denizens. Places filled with danger and foreboding where no ordinary man would dare to journey. However, there are a few who are willing to risk death in the name of good, in the name of justice, in the name of.. valuable loot!
Windows/Mac/Linux – Steam/Desura/DRM-free 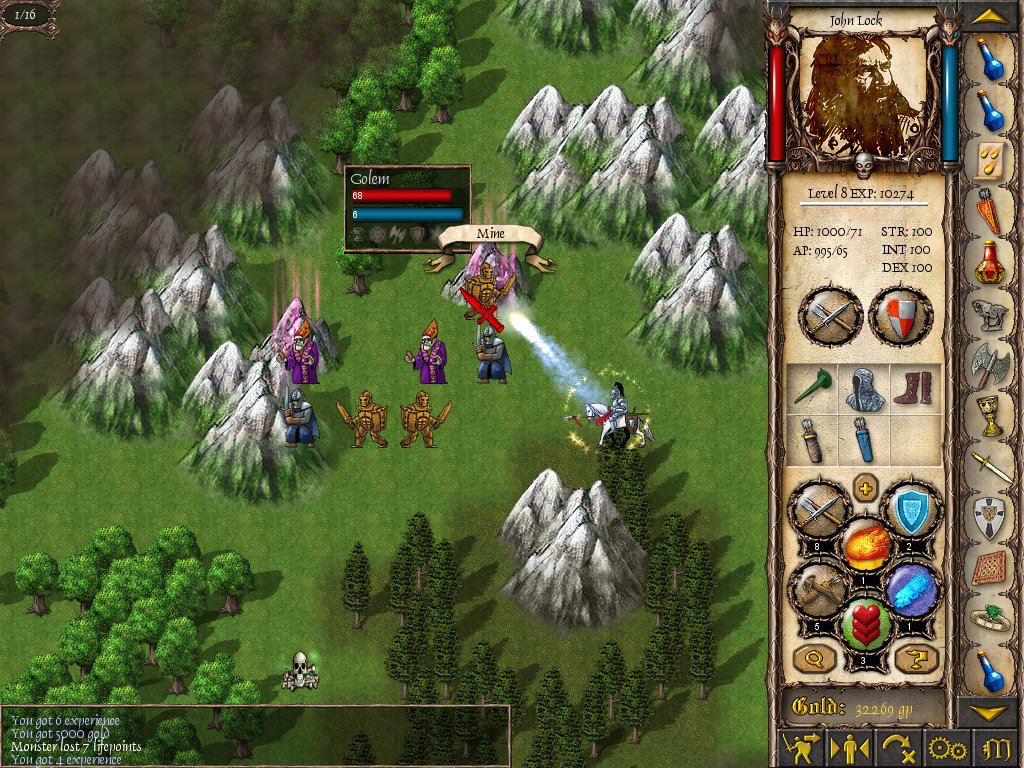 Styrateg
Your investigation and actions will take you through many adventurous quests in deep forests, hot deserts and frozen icebergs. You and your party will look for the clues to solve the mystery in ancient monasteries, countryside villages and blood bathed battlefields.
Windows/Mac – Desura/DRM-free 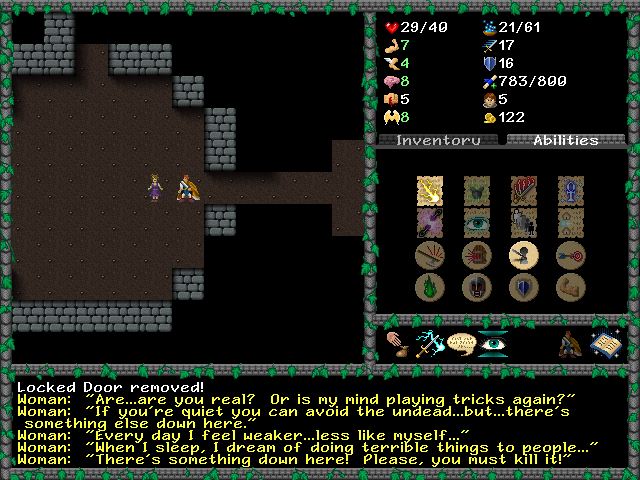 Inaria
Return with us to the days when men were sprites (and so were women and dragons and kings). When 256 colors seemed like a luxury and games were known more for their gameplay than their flashy graphics. Inaria is an RPG created in that style, but with modern interface conveniences that make it easier to play, giving the best of both worlds.
Windows – DRM-free 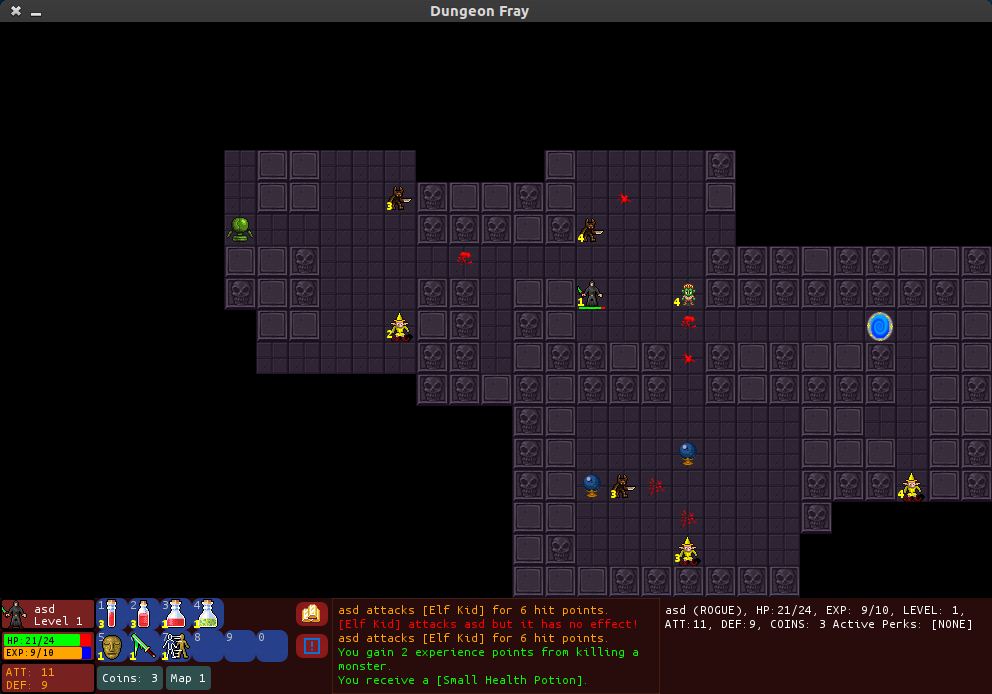 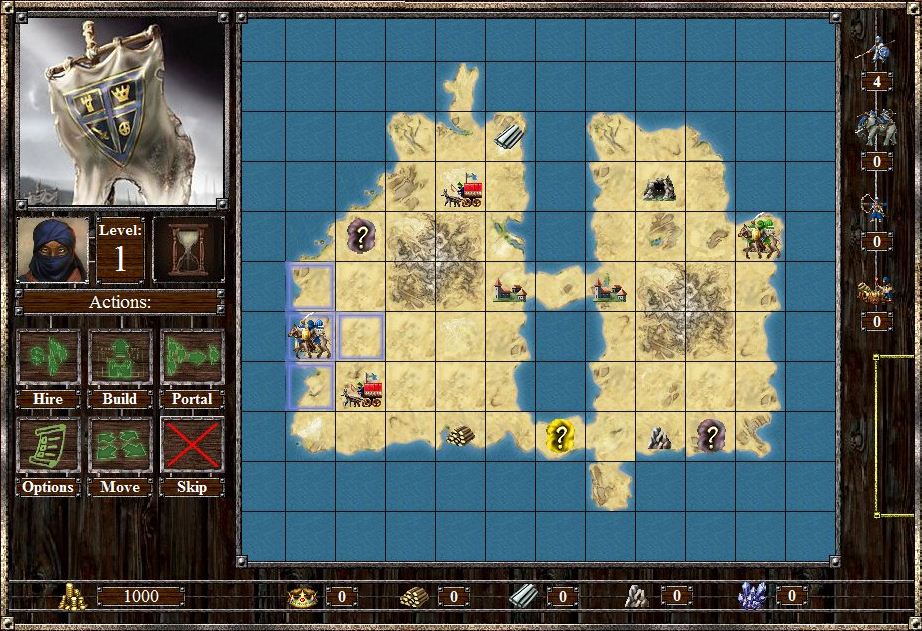 Empires and Dungeons 2
A unique blend of turn based strategy and real-time roleplaying, Empires & Dungeons 2 is a highly addictive game from the makers of the Smugglers series. You have to build a mighty castle, hire an army and conquer the towns and defences of your enemies.
Windows – DRM-free 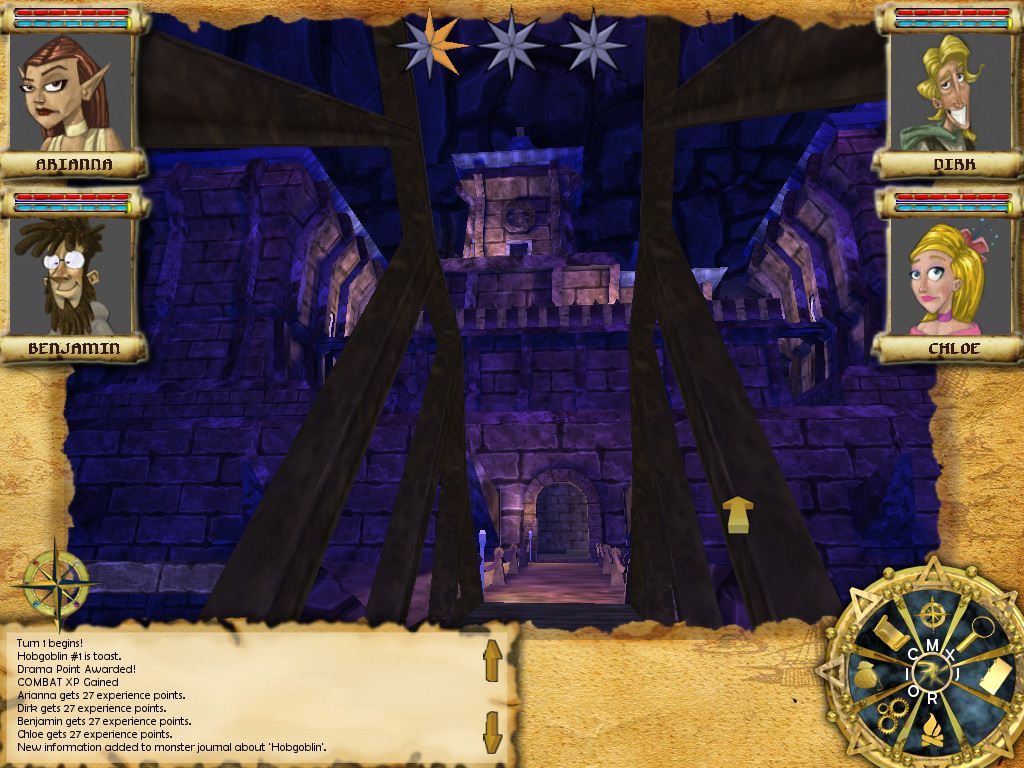 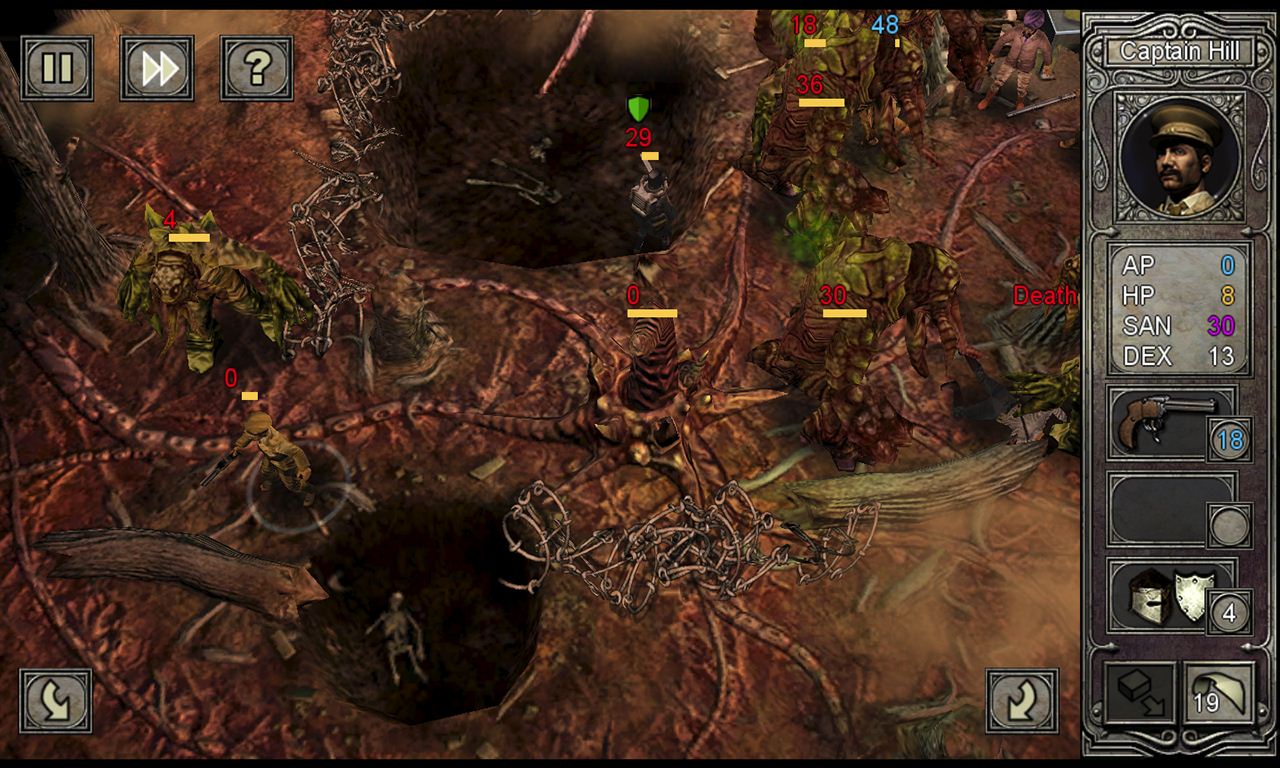 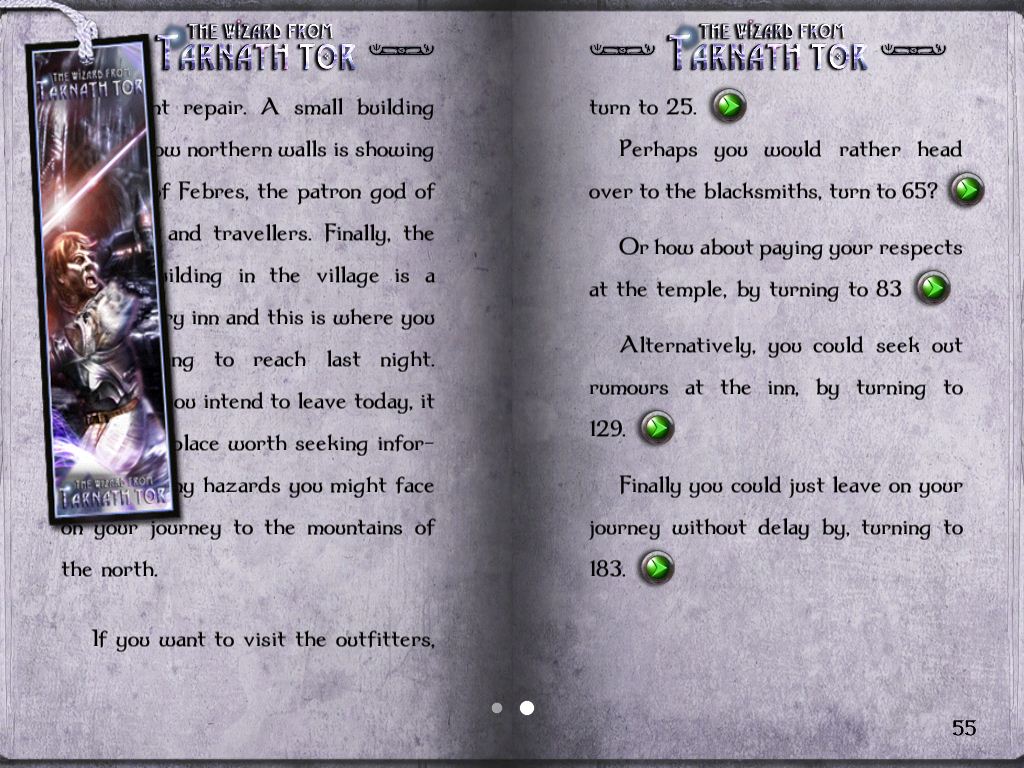 The Wizard from Tarnath Tor (BTA)
Two hundred years ago, the legendary City of Tarnath Tor was destroyed as it’s defenders, the mighty wizards valiantly tried to repel an orcun horde. Now just a place set within stories and myths, it has been lost to the outside world. A chance encounter with one who claims to be a time traveller sends you on a mission to recover some magical artifacts.
Windows/Mac – Desura 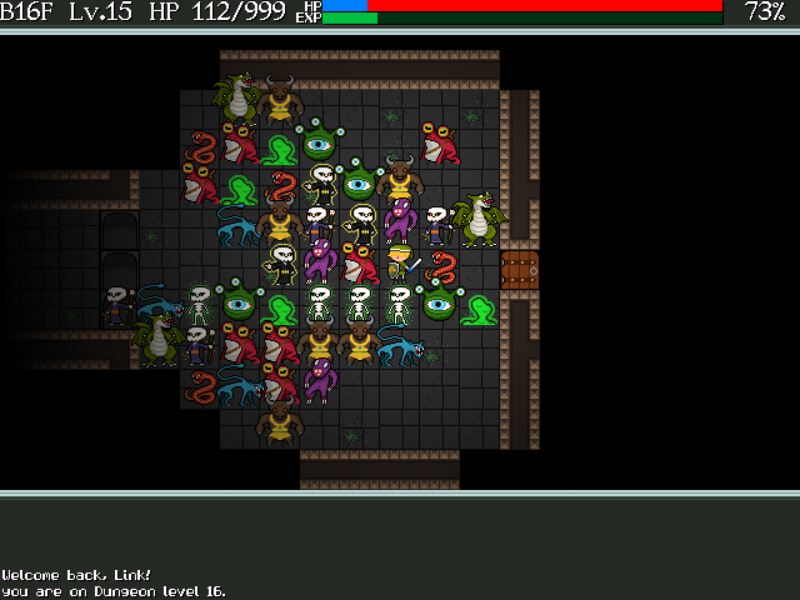 The Wizard’s Lair (BTA)
Face fearful creatures, a wild menagerie of monsters and dodge devastating traps as you descend into the depths of his cursed lair in a most challenging adventure. Discover secrets, read ancient spell scrolls, bravely drink mysterious potions and loot legendary weapons, while fighting both for survival and triumph.
Windows/Mac/Linux – Desura/DRM-free 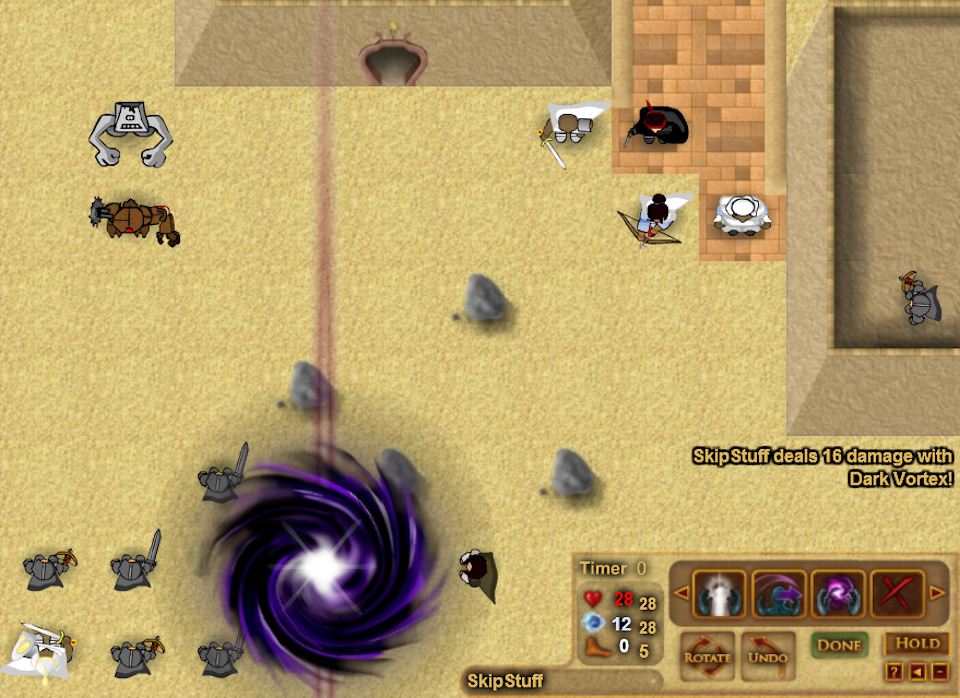 Again, wow! Looks like this one’s got every kind of RPG covered, from tactical to action and beyond. As if that wasn’t enough, there are also a bunch of extras that will unlock at specific sales milestones – wallpapers, soundtracks, and so on. Spend the minimum or break the ban– I mean, beat the average; just make sure you buy this Bundle In A Box. It’ll be gone in less than two weeks, and remember what I said about trying to hide in the box.