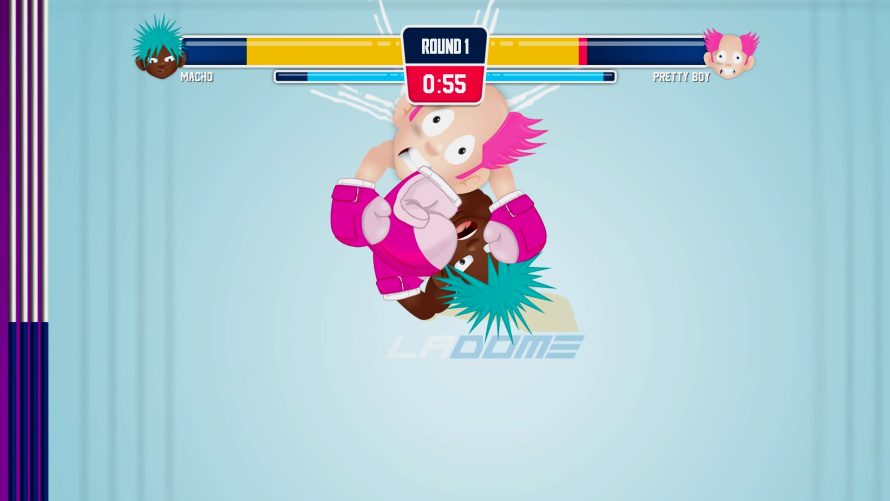 I wanna be the very best like no one ever was. Which, in Boxing Champs, meant delivering an earth-shattering KO (knockout) to no less than thirty eager competitors; four of which held titles that would soon be mine. None would stand between me and ultimate victory. None. Not even the ref, were he to interfere with any of the bouts.

Suppose it’s rather fortunate then that he didn’t, always maintaining more than a safe distance from the ring, doing nothing but his job; that is to say, counting someone out and… well, that’s it, really. In an odd twist, this take on the popular sport is seemingly completely void of rules (aside from the 10-count). Heck, it even mixes things up in ways that someone with very little interest in the sport itself, like me, would be able to notice.

I mean, it’s not exactly uncommon knowledge that TKO (technical knockout) – get knocked out three times and that’s it – is a thing, or that matches usually go a full 10 rounds. Not so here: only 3 rounds and TKO simply doesn’t exist. Unless of course, that is why none of my opponents got back on their feet after being downed a third time? Unlikely, seeing how the verdict was always ‘KO‘. So, yeah. Quite puzzling. Same goes for the fact that recovering from a knockout actually brings back a portion of health, and the amount was unchanged, no matter how low or high the count. 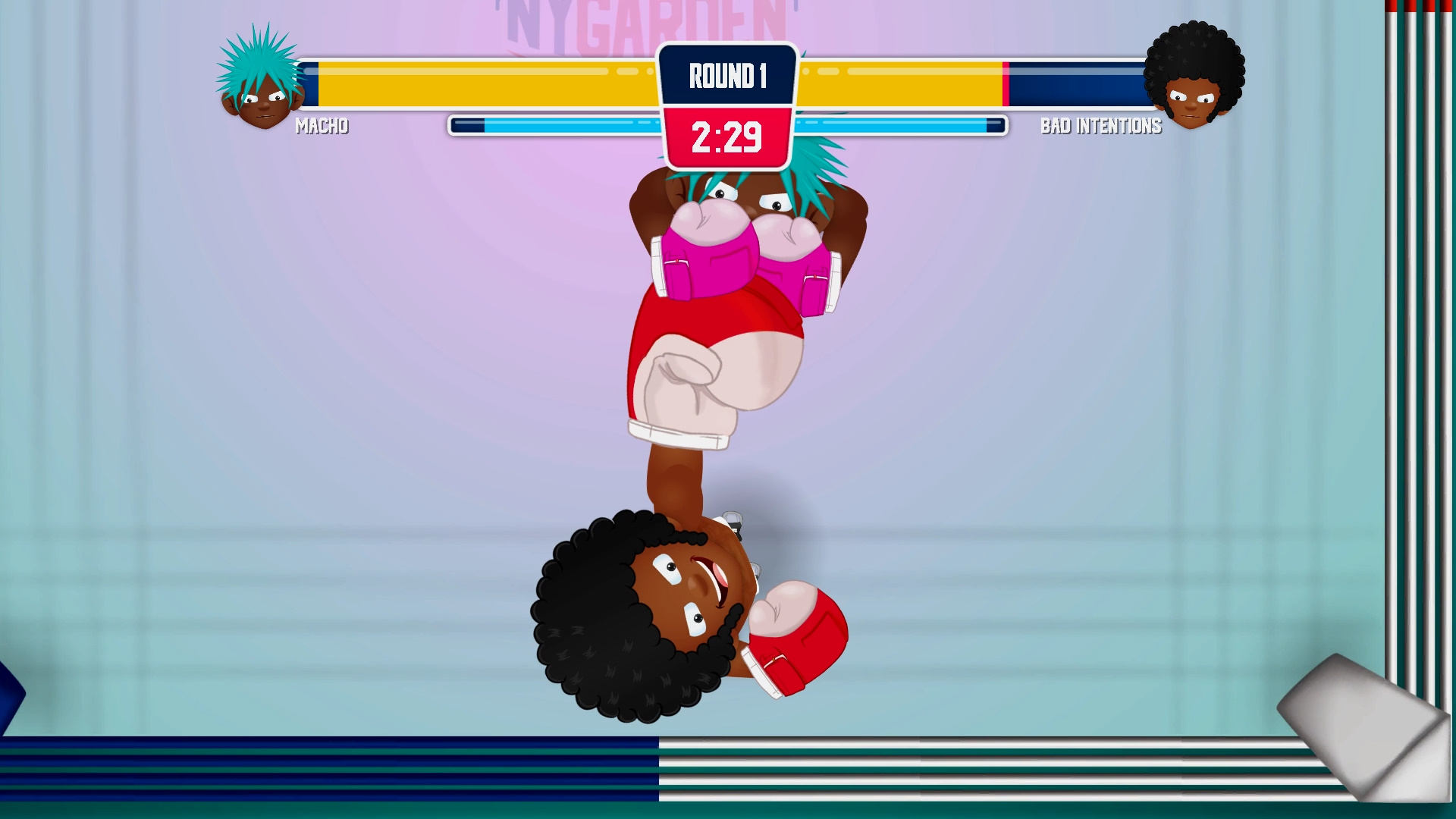 At this point, I think it’s safe to say realism has been thrown out the window in Boxing Champs, but is that a bad thing? Classics like Punch-Out!! and 4D Sports Boxing weren’t exactly the most serious takes on the genre either and people still loved those (albeit perhaps one more so than the other). Shame that the pick for this review is nowhere near either of those in terms of overall quality. Not for a lack of trying though, and while it does have a laundry list of problems, it could still be so much worse.

Now, seeing how it is not billed as a boxing simulator – and rightfully so – getting into the swing (get it?) of things is going to take all of a full minute or two, for most, courtesy of a nice and brief tutorial. One which, I might add, is entirely optional, but still – do not skip it. Otherwise, you’ll have no idea as to which button throws a right jab, which one performs a left hook, and so on. Except for the fact that the load screen shows both controller and keyboard controls, every single time. So… yeah.

While you can play it as a ‘twin-stick brawler’, I would recommend against doing so until you’ve downed a few opponents with more classic controls (buttons, bumpers, and triggers). That said, it is undeniably fun to flick the right stick to throw jabs, hooks, uppercuts, and so on, and… it works really well too! Blocking will always be bound to the right trigger though, taunting to the left. Oh, that reminds me: don’t taunt unless the other guy is a good distance away. Otherwise, pain will follow. 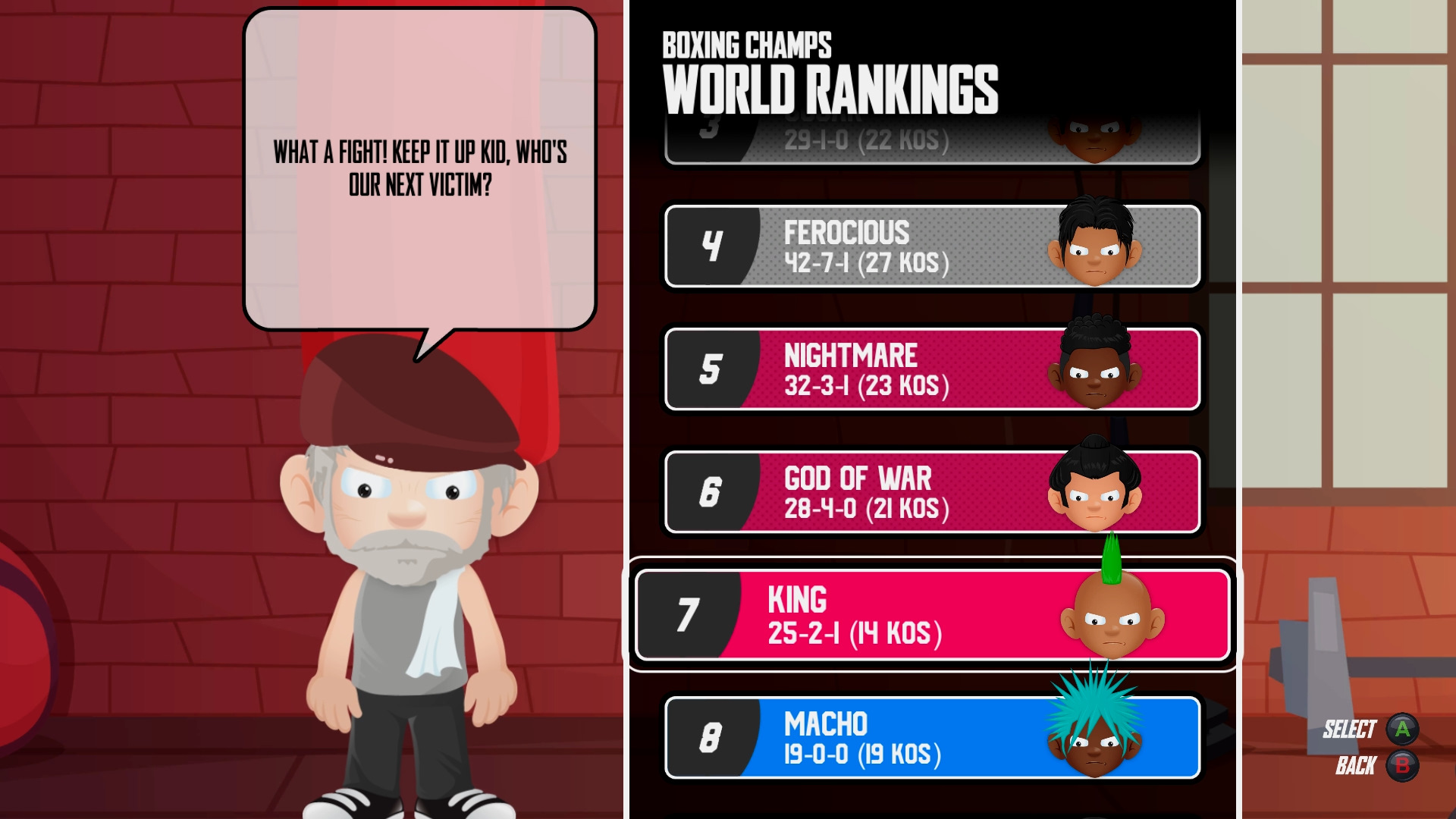 Not so much because the game itself is difficult because it most certainly isn’t. Took me less than two hours to absolutely destroy every opponent in career mode, giving my stats an incremental update with each victory, and… I didn’t lose once. Sure, I did get knocked on my you-know-what during the later bouts and there were some close calls, but no downright losses. Kinda makes me wish there was more to its career mode because as it stands, that part feels more like a glorified sparring simulator, one that prepares you for taking on other players. Which, courtesy of a post-launch update, is now possible both locally and online. Nifty.

There’s always the option to take on the AI in a brief one-on-one, however, but in my experience, the real fun definitely comes from squaring off against a human opponent. What I mean by that is not that the AI is downright broken in Boxing Champs, just that it can get a tad predictable at times. At least everyone – from Glass Jaw to Thunder, Kid Dynamite, and so on – come with their own unique quirks and style in the ring. Some are super defensive while other love to get all up in your face and jab away, taking chances aplenty.

Which is exactly how I chose to play for the most part, completely ignoring the stamina meter, focusing almost exclusively on mashing the jab button. Unfortunately, this also made me realize that button-mashing will get you quite far here – potentially all the way to the top, with the right combination of lefts and rights. Why is that last bit so important? Well, I did mention how realism isn’t a huge factor in this one, but unless I am mistaken, which arm you use to swing does still matter in terms of positioning. 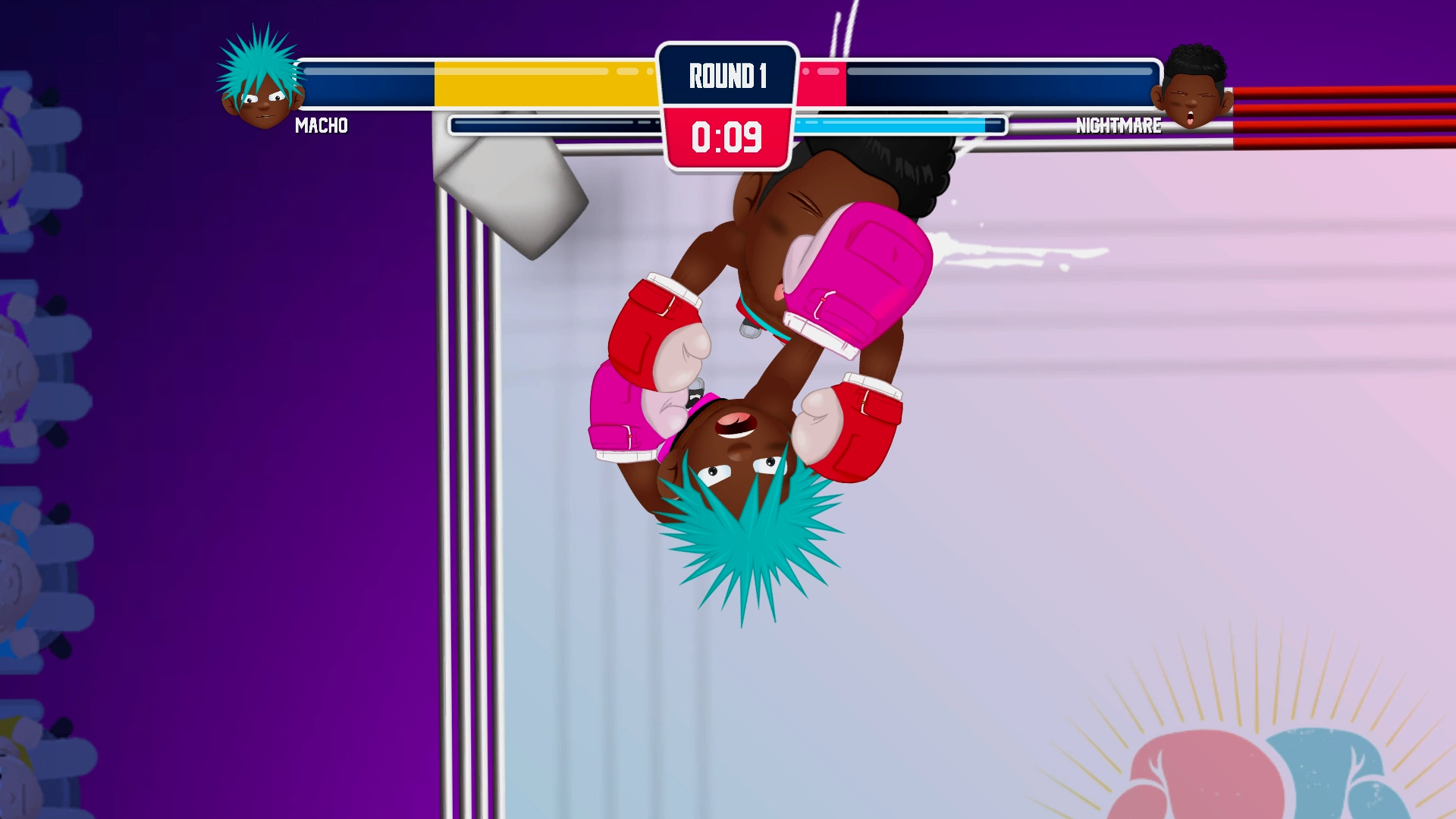 Another thing to take into account is which attacks to use when, as should you choose to simply mash the two jab buttons, chances are your opponent will block, and then all that’ll happen is a reduction in your stamina meter. That’s what I want to say, but here’s the thing: smashing away at someone who’s holding their fists up defensively in Boxing Champs will still do something to their health, if only a tiny bit. Same goes for punching while your stamina meter is absolutely drained (damage is still inflicted), so I am rather puzzled as to exactly what it’s there for.

Oddities and complaints aside, however, there is fun to be had here. Unless you’re looking for a deep career mode, advanced controls for the fights themselves or, you know, a take on the sport which mimics the real thing very closely. Because it is, for all intents and purposes, a very light-weight (get it?) experience in just about every area. I mean, you don’t even get to type in your own name while creating a boxer for career mode, and one-off skirmishes are limited to predefined characters – for both participants. Like I said, light-weight.

But while it would have been nice to have a wealth of customization options, you do at least have some control over how your champion-to-be grows as you climb towards the top. Just a darn shame there’s no way to tweak the character you’re fighting – or fighting as – for practice bouts. I would certainly have liked to be able to test how someone with zero points in speed, for example, fared against someone with lightning-fast punches. Poorly, of course, but still – it’s that kind of thing that gives sports games longevity: customization. And there’s very little of that here, in general.

All in all, Boxing Champs is a game I would recommend only if the issues mentioned in this review don’t bother you (much), or if you’re simply looking for something to play with friends every now and then. Because I’d wager the game can definitely be enjoyable in brief sessions, and as mentioned several times already, it feels like something that’s meant to be experienced in multiplayer, two humans duking it out in the ring. So… fight!

Boxing Champs is available on Steam (reviewed) and Switch.