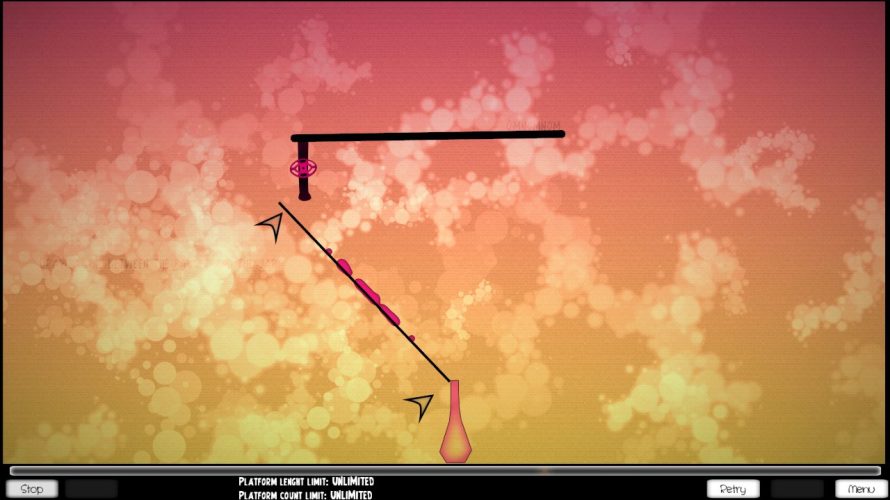 Over the years, ‘science’ has been mankind’s excuse for pulling off a lot of experiments, not all of them safe (or sane). But with a multitude of colored liquids (or bloops, as they’re called in this game) to manage, I’d say Bloop is more about chemistry, though. Not that it really matters, because your goal won’t change either way: put green color goes into the green jar, purple into purple, and so on. Simple, right? Well, yes and no.

In real life, a line drawn on your computer screen won’t hold any weight as it has no mass (hello physics), but in Bloop, it’s the exact opposite. Every line you draw will stay there and this is, for the most part, how you guide bloops into those fancy colored jars. This is a pretty simple idea and early on, the levels are easy enough to figure out and chances are that you’ll be able to complete the first bunch to 100% with little effort. I wouldn’t worry though, because it doesn’t take long before the challenge reaches crazy heights. 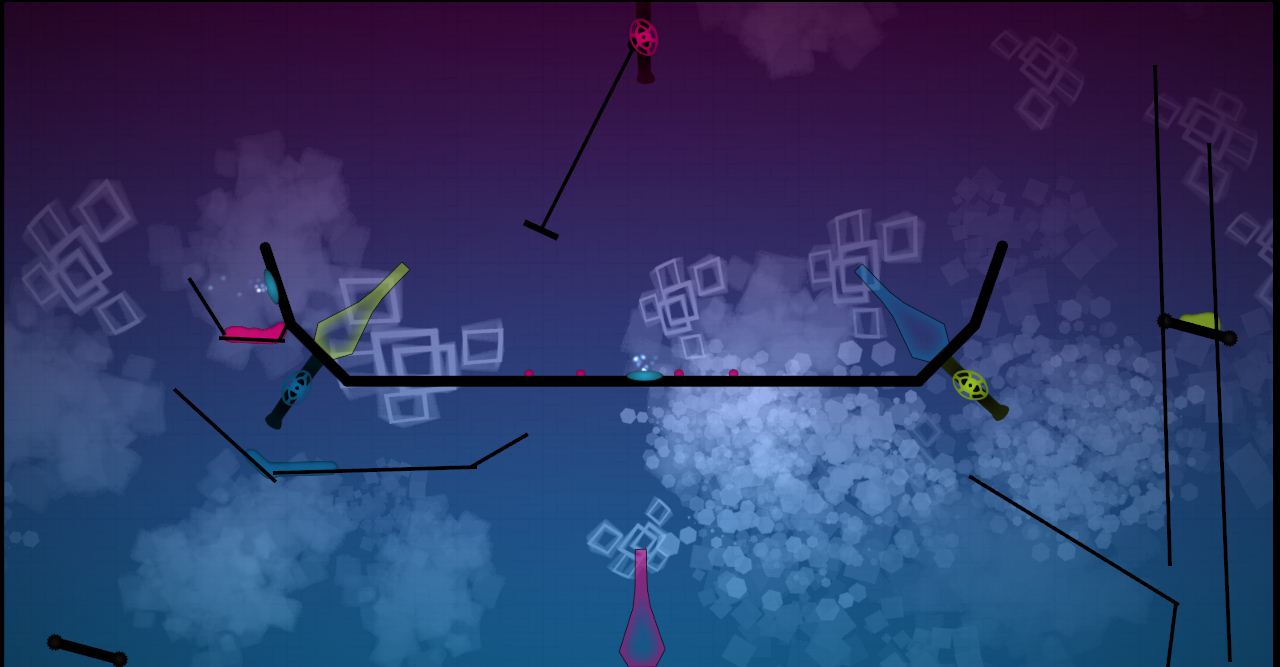 Drawing lines to create paths for the bloops is an easy task but not long after starting, you’ll gain access to a ‘force push’ ability which gives you some more control over the bloops. This, combined with having to unlock faucets, deal with elevators and other crazy stuff certainly adds to the overall difficulty in the majority of the 42 levels. It’s definitely a case of ‘easy to learn, hard to master’ as it pulls no punches, which is also my biggest issue with the game (which could be chalked up to a lack of skill on my part). I simply couldn’t figure out how to beat a certain level, and after trying for a good while, I decided that it would have to do.

By then, I’d finished a fair amount anyway, so there was plenty to cover in the review that you’re reading and as such, here’s what I had experienced before giving up: bloops had been carried around by an invisible force, trickled down lines I’d drawn, and quite often I got to watch the poor things make a splash on the ground, right next to the jar. There were even times when the different colors would mix, at which point my only option was to either hit the ‘clear’ or ‘retry’ button. Darn. 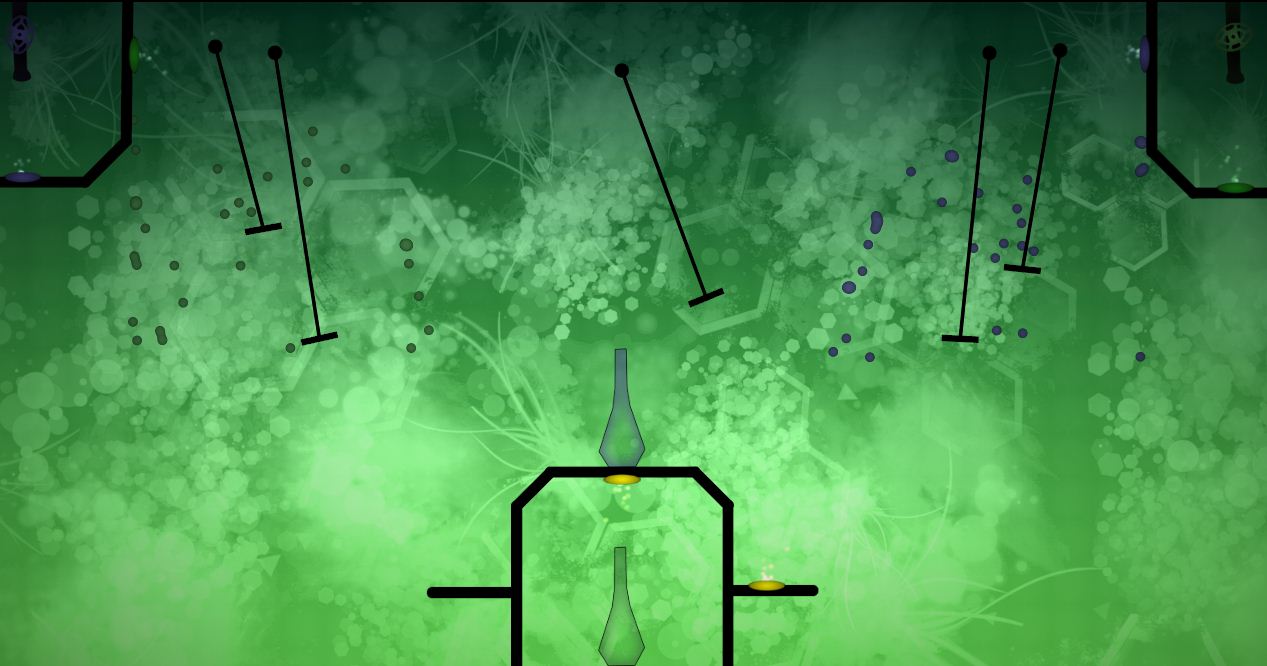 Back to the drawing table

Hitting ‘clear’ would remove everything I’d built, while ‘retry’ would, well, reset the entire level. Alternatively, you could right-click every single line to remove them, but who has that kind of patience when there are jars to fill? And while there’s no time limit to deal with, you won’t always be able to draw a line across the entire screen, as limited length and the finite count does come into play now and then. This means you’ll have to do a fair bit of planning before opening those faucets to achieve success, but at least you can right-click mistakes away instead of restarting the entire level every time.

Since we’re talking about a 2D puzzle game, I’m sure few will be surprised to find that the story is not exactly spectacular. What’s there does give some background info and helps explain why you’re filling jars with bloops though, so there’s that. Oh, and you know what? I heard a rumor the other day, saying that a different ending will be shown if you get 100% completion in each level. Whether or not there’s any truth to it, well, you’ll have to find that out for yourself.

In closing, while I did have fun and enjoyed what I experienced in Bloop, my experience was also that it might have been better with a lower difficulty in certain levels. On the other hand, a healthy challenge is rarely a bad thing and skill level does vary a great deal from person to person… So with plenty of variety to be found throughout the 42 levels and a helpful tutorial to introduce new mechanics/objects along the way, those looking for a proper brainteaser with a silly story might want to consider this one. Both the demo and the full version can be acquired from Desura. Have fun!