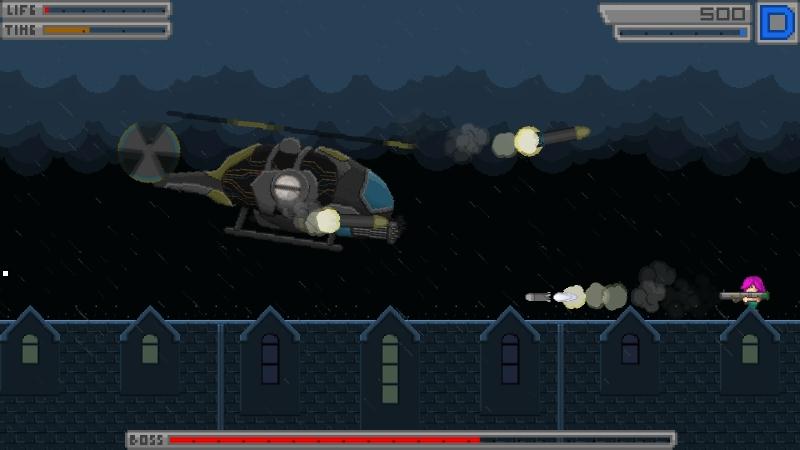 Bleed combines fast-paced gunplay with 2D sidescrolling action and an art style that reminds me of the glorious 16-bit days. It’s been in development for a few years now, but now the wait is almost over as the game finally has a release date for PC and XBLIG.

Your weapons come with unlimited ammunition and double jumping even allows for some degree of mid-air control – I’d say we’re off to a good start already, as far as sidescrollers go. Adding to that there’s also the ability to slow down time, huge boss battles, a challenge mode where you get to tackle up to three of those boss encounters at once along with stylish visuals; I’d say Bootdisk Revolution just might have a hit in the making with this one.

The one-man studio run by Ian Campbell will be releasing Bleed on December 12 2012 for $5. There’ll be no DRM in the PC version, which will be available from GamersGate, while the 360 version is heading for XBLIG and if the demo is any indication, this one’s gonna be a ton of blastin’ fun! I’d recommend downloading and trying the demo right now.