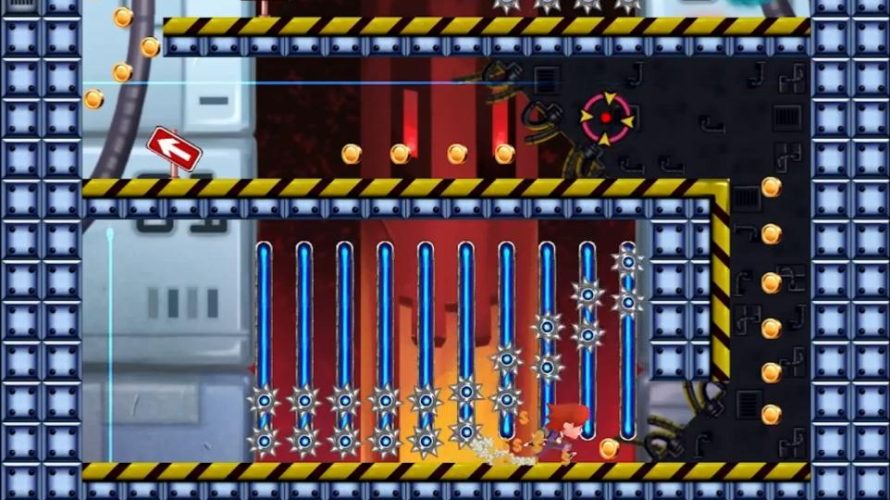 The Escapist comes from a small indie team who calls themselves Backstab Games. According to the developer, their first game is a so-called ‘speedrun platformer’, although based on the trailer I’d say it’s more of a hazard-packed platform – oh wait, same thing!

Good luck making it through each of the 48 trap-filled levels, because every single one is filled with traps and hazards like spikes, buzzsaws, platforms that disappear underneath your character, plus several.. BOSS BATTLES! So if you’re in the mood for a fast-paced 2D platformer that’ll challenge your precision (wall) jumping skills, this might be what you’re looking for.

Now, this is where I’d usually say “try the demo”, but there is none (why, guys?). The full game, however, is available from Desura for $6.99/€5.49. They’re trying to get the game onto Steam via. Greenlight, so maybe supporting that’ll convince them to release a demo? Who knows!

Update: A 10 level demo is now available from Desura.