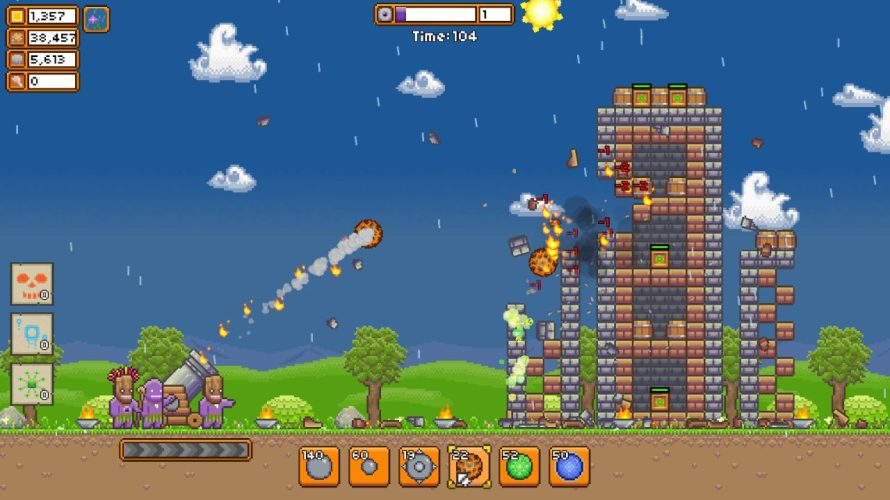 I know what you’re thinking but don’t. Just don’t. This is not another uninspired clone. If anything, Blasted Fortress looks to be a genuine improvement on a very tired genre. Don’t believe me? Well, does the bird flinger have online multiplayer, a true sense of progression, resource management, a level editor, and other things to keep it from getting stale and repetitive? No, but this one does.

Being technologically inferior is not a ton of fun, and in this case, an entire tribe is struggling. Since they lack the means to up a fight, harassment by knights has been an issue for the longest time. Not cool. All that’s about to change though, as a few tribesmen have stumbled upon a cannon, seemingly left behind. Exactly why they didn’t drag it with them is unknown, but hey – finder’s keepers, ya know? Time to fight back!

Unlike that of other popular physics flingers, like Crush the Castle and Angry Birds, your goal here is not to topple towers, crushing creatures and humans underneath the rubble. Instead, you’ll be demolishing resource crates and fighting against the clock, and not a predetermined amount of shots. You won’t be launching generic volleys at the strongholds either, as the current flavor of cannon balls include flaming, explosive, and even some made of acid. How does that even… oh, right: video game.

When you’re not busy blowing stuff up, there’s plenty to do back at the village. Crops need to be managed along with other resources, which can then be traded for gold. These are to be spent on either permanent upgrades or powerful one-shot spells. Visiting the job board to tack on a mission for your next destructive encounter might not be a bad idea either – if you can handle the additional pressure. 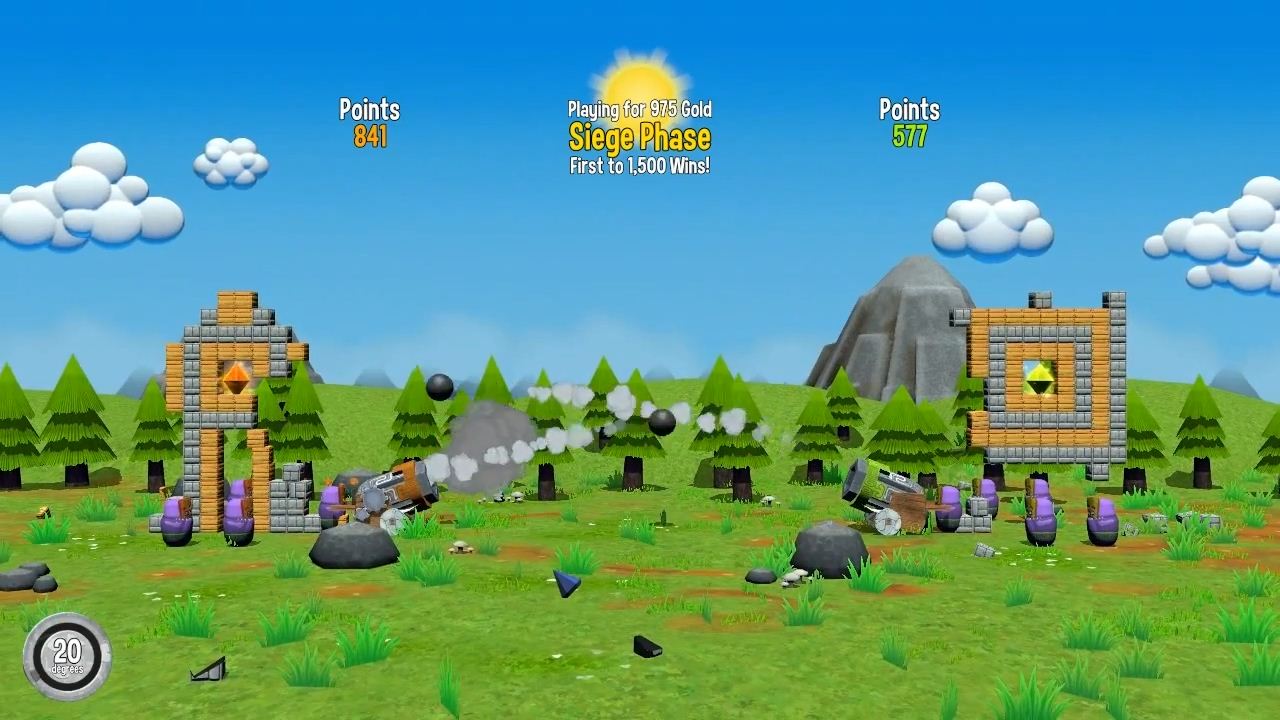 That’s all fine and dandy, but what about multiplayer? Oh, believe me, there’s that too. How does taking on a friend or foe in a simultaneous siege, rapidly blasting strongholds to see which will fall first, sound? Exactly. Better make sure your construction is solid, or prepare to have it crumble in a fast-paced online bout.

Crops grow even while you’re not playing the game, and often coming back from a long hiatus can mean the tribe will present you with a welcome-back gift, but then again, maybe you’ll learn of things gone horribly awry in your absence that need correcting!

Really wish more games did that, as it would make returning after a lengthy break much more appealing, rather than simply facing the game exactly as you left it. Not too fond of that ‘things gone horribly awry in your absence’ bit, though!

In all seriousness, Blasted Fortress seems to be an entertaining and quite destructive title, with a leg up on the competition. Whether or not that holds true remains to be seen, as I have yet to play it (I know, for shame). That said, remember that unlike the game, which is $5 on Desura, voting on Greenlight will only cost a minute of your time. Surely you can afford that much, if not the game itself.

Facebook Twitter LinkedIn Pinterest Tumblr WhatsApp Telegram E-mail
Previous article 'PAWS' Preview: Animals Are Fighting Robots to Save Earth's Monuments
Next article Traverse a Parallel Universe In 'Crying is not Enough' to Save Your Beloved