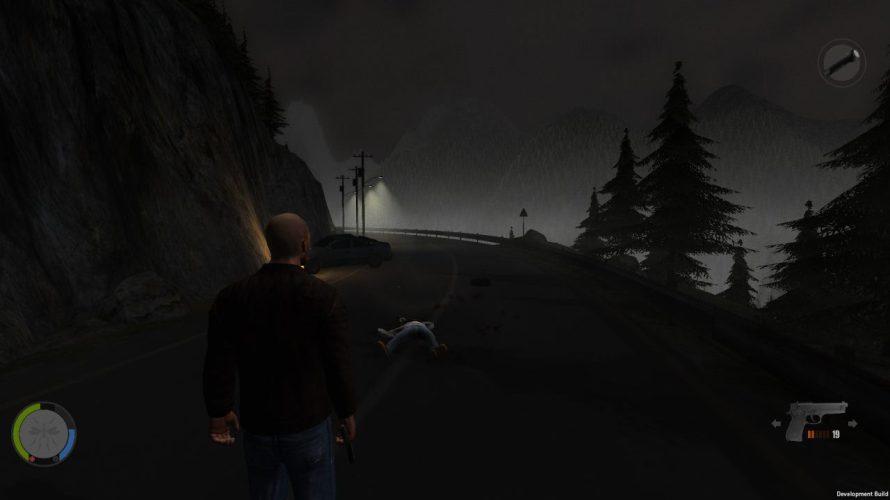 Jacob could not be in a worse spot. Not only has a car accident has put his beloved Claire in a coma, but the doctors have decided to pull the plug! But Jacob has other plans. With the help of a mysterious woman, he travels to a parallel universe, hoping to find a solution. Won’t be easy, but nothing worth doing ever is.

In this upcoming action adventure from Storyline Team, players will have to deal with more than can be seen by the naked eye. See, in this so-called No Man’s Land, logic has just about gone right out the window, leaving Jacob to fend for himself in an unfamiliar place, not quite knowing who he can trust.

It feels like a dream world. Nothing seems real. Even the rules of good and evil are different in this new world.

With more than a few strange creatures to deal with and puzzles to solve, there’s rarely a dull moment in this place. Ain’t all action and brainteasers though, as managing your karma level is of the utmost importance. This ‘variable’ helps shape the game world, changing how everyone reacts to your presence and, in an odd twist, also factors into the puzzle aspect. So think before you act, because you never know what pulling that trigger might lead to… down the road.

Speaking of which, Crying is not Enough is but the first part of a lengthy saga, spanning nine episodes and a season finale (so… ten episodes?). While I’m not a big fan of episodic gaming, it could be a good fit for this particular title. And according to its creator, there’ll be fun things like alternative endings (yay!), a crafting system, and several playable characters. But does that last bit mean Jacob has allies in No Man’s Land, or the exact opposite?

Time will tell, as the game is still in development with a Q4 2014 release window. So unless a demo is made available, it’ll be quite a while before we get help Jacob save his precious Claire. For now, I’d recommend visiting its Greenlight page for additional details (remember to vote).