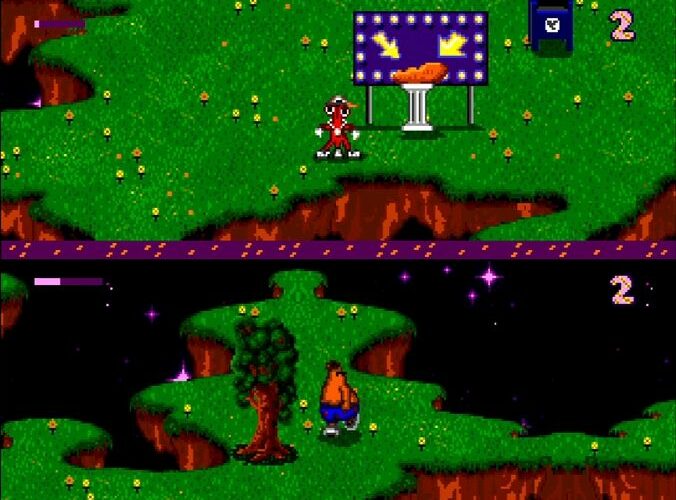 If you had a MegaDrive/Genesis in the early 1990s, chances are you played one of the two ToeJam & Earl games at some point. But if that’s not the case, thanks to SEGA having ported both games to the Wii (Virtual Console), and as of today, the 360 (XBLA) and PS3 (PSN) as well, there’s really no valid excuse anymore.

In the first game, ToeJam and Earl have crash-landed on Earth and you need to help them collect the pieces for their spaceship so they can repair it and leave our planet again. With big open and randomly generated levels that contain plenty of power-ups to have fun with, chances are you’ll be busy for a while in this game; just don’t forget that your main objective is to fix your ship! Oh and the soundtrack is beyond funky, so be sure to crank up those speakers. 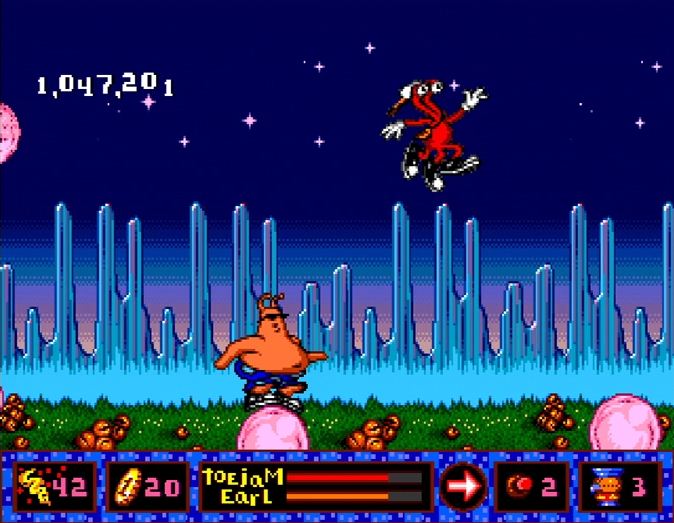 Unfortunately the developer decided to make the sequel a much more simplistic 2D platformer, straying as far away from everything that made the original popular in the first place. Now, while I do hate sequels that change next-to-nothing with a passion, in this case, I agree with critics and fans: ToeJam & Earl in Panic on Funkotron is nowhere near as good as the first game and this time your task is to hunt down ‘earthlings’, put them in jars and finally send them back to Earth. Strange stuff!

Each game will set ya back $5, and the XBLA and PSN versions have a new feature that’s guaranteed to interest fans: Online co-op! That and the inclusion of leaderboards should make this port worth the price of admission, so be sure to pick it up from either the XBOX Live Marketplace, PlayStation Network or Wii’s Virtual Console.